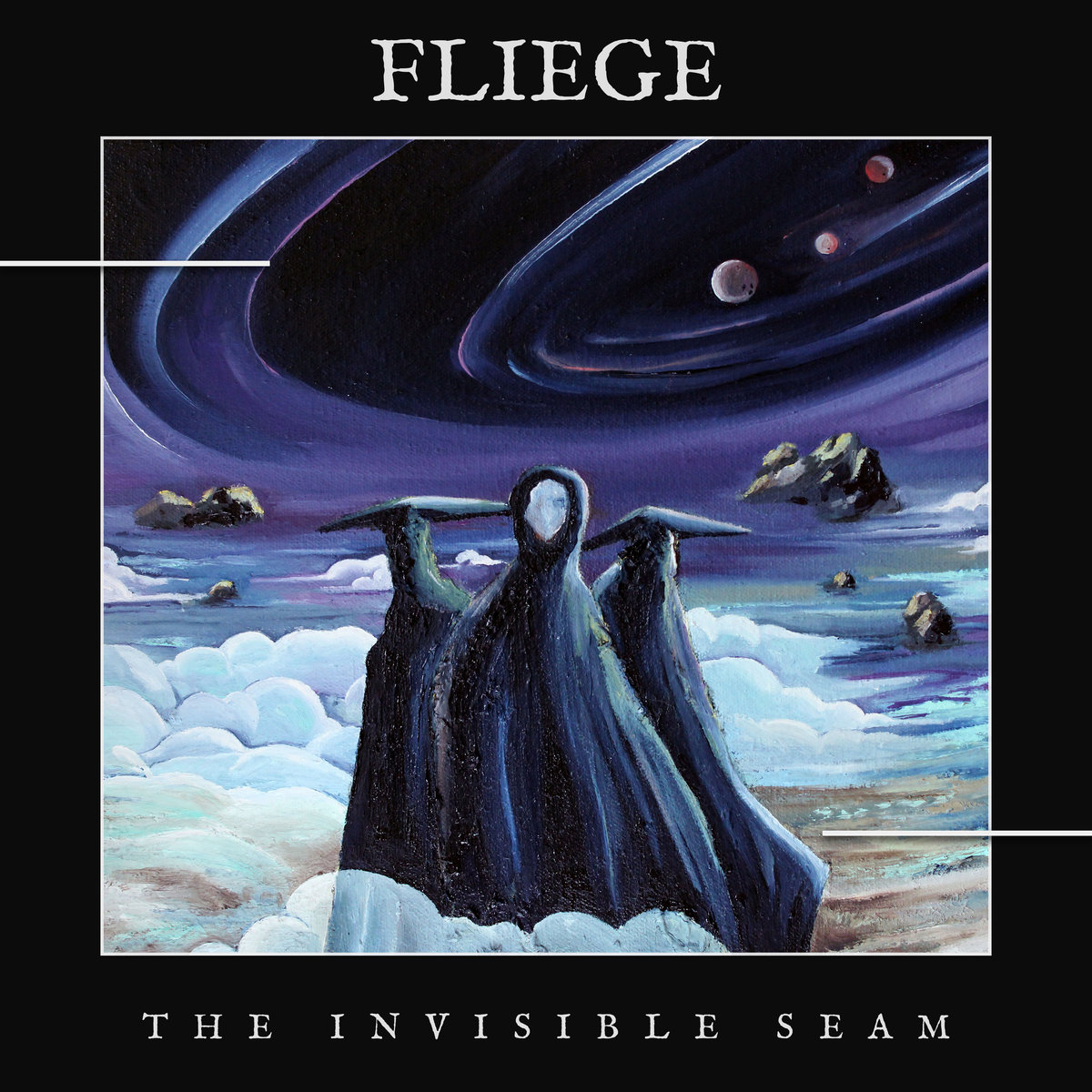 By David RodriguezFebruary 14, 2020 No Comments

Fliege command a Stygian atmosphere with their bewitching and unshackled take on black metal that’s novel and massive.

I love darkness. Hold on, this won’t be nearly as edgy as you may think. Darkness as an aesthetic is pretty versatile. Sure, it generally carries enough through lines to unify it as a descriptor of music, but it seems New York’s Fliege have shown us yet another line; an invisible seam, if you will, now made visible. Just when you think you’ve heard it all, someone comes along to tweak, change, and innovate something from familiar to fresh, and that’s pretty much what we get here to say the least.

The reason I bring up darkness is because it’s a key element in the atmosphere that Fliege have going. There are no lit skies in their world, only profound blackness. This extends to their sound, which is a very potent mix of black metal, industrial, and synth work. If this sounds familiar, fair enough, but even with acts like Abstract Void in existence, Fliege are quite distinctive.

Power courses through the threads of The Invisible Seam, acting as an incantation to be shouted sky high into a timeless abyss. Some of the lyrics and titles here are mysterious with meaning, like the fierce warcry of “My Flesh Is Afraid (But I Am Not)”, which primes you for a taxing journey. Perhaps bewildering at first, it speaks to the separation of psyche and corporeal form, and how one can betray the other with tells. Where the body would sweat and show visible signs of stress and fright, the mind may be armed and ready for whatever comes. I could also be totally full of shit and Fliege just thought it would sound cool (which it does), but either way, it’s one of the songs that stuck with me the most because of what it implied and presented to me.

These songs are pummeling – unlike other acts that tread similar snowy paths, Fliege is firmly founded on black metal permafrost with tremolo-heavy guitars, double bass drums, and raspy vocals. Where the Brooklyn trio excels and transcends is their implementation of clean vocals, steely synths, and an industrial feel that matches the coldness of their base sound. Everything meshes well. Where a song like “Blood of the Earth” wishes to wisp through the treetops blanketed in white, the mechanical “A Confession” houses pronounced and precise movement that marches onward on horseback, unyielding in its mission persevere in the uninhabitable climate.

Fliege is a German word that can mean ‘fly’, as in the act of flying through the air. This is fitting, given how The Invisible Seam progresses. Song after song glides above unforgiving and imprisoning ground, but just below an expanse more grim and unsparing than anything on the earth. Of course, there’s a beauty to be enjoyed from a bird’s eye view that this affords, though there’s always a sense of danger – one turbulent downdraft could end your trip prematurely, or perhaps you’ll become too enraptured by the majesty of our physical plane and paint a cliffside with your lifeblood after losing track of your trajectory.

Between everything Fliege is and has to offer, there’s always a sense of mystery, like there’s something they’re not telling you. This isn’t made to be interpreted as an exclusionary act or a maliciously withheld point of importance, rather it’s something you must discover yourself. Do the attractively sporadic drums of “A Light in the Black Pane” speak to your heart as they do mine? Is the verse ‘Upon the abandoned stage/The wind whispers to me/An autumn tongue speaking my name/In the mouth of another day‘ in the title track poignant to you? Then trace your mind’s hand on The Invisible Seam, see what you can glean from its astute execution and murky atmosphere.

This album places me alongside the hunting wolf in the frozen forest. It turns me into winter’s sword. I am the nighttime’s chilled and blistering wind when I listen to it. Black metal continues to be a metamorphic outlet for others to convey human emotion, evoking specific feelings and moods. It’s dismissive to call Fliege another iteration of this evolution, as they feel more salient than a simple step forward in artistry. My advice, and what I believe is the band’s intention, is to listen and judge for yourself, but don’t be surprised if you ardently love the landscapes it paints and the spells it chants that empower your existence.