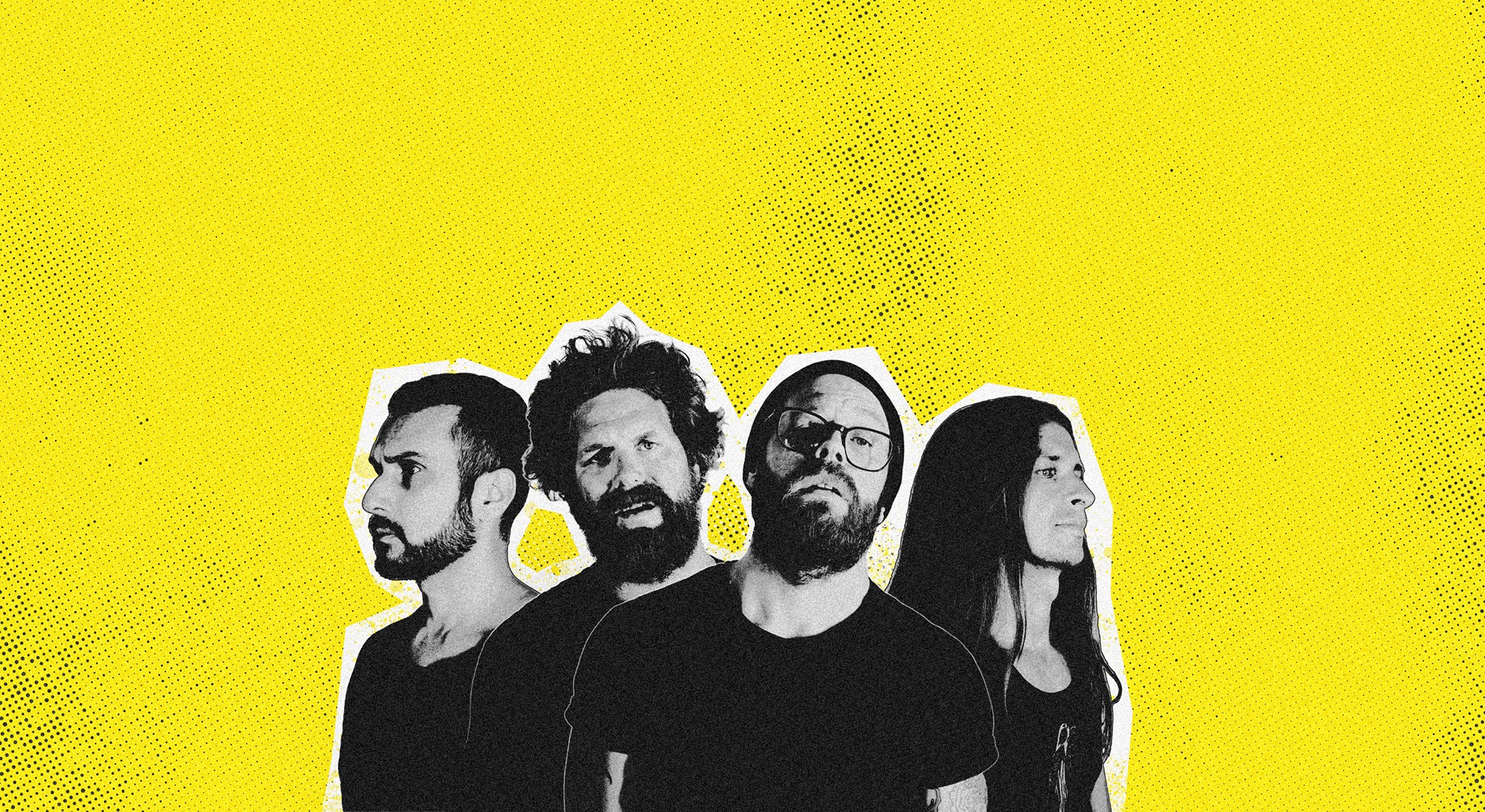 By Nick GoslingDecember 21, 2020 No Comments

Det Svenska Hatet speaks for the weary and drained. It is the vitalising agent for a generation of outcriers worn down by the ceaseless charivari of prejudice. On their pyroclastic debut album, Sweden’s punk upstarts Ett Dödens Maskineri show us that indignation is the fuel of a white-hot resistance.

In the not so distant past, we at Everything Is Noise were lucky enough to premiere the first single from the Swedish aggro-quartet’s upcoming debut album, Det Svenska Hatet, and to say I was floored by the raucous energy emitted by the track would be an understatement. It’s fair to say my expectations for the forthcoming album were substantial, and today I am beyond thrilled to say, those expectations were superseded by immense gratification.

You can read my initial thoughts on the track here, but in summary, “Det svenska hatet” was simply riotous: an anthemic brew of hardcore punk and post-hardcore fury, overflowing with flurries of angst and riff-driven zeal. What I came to expect of the album was a rabid collection of metallic ire, so colour me ashamed for predicting this album could be anything less than what it turned out to be – a stylistically fluid work of modern messianic deliverance.

The first thing to note is that the limbs of this project extend far beyond its hardcore body. At its heart, Det Svenska Hatet is a punk album, of that there is no doubt. The energy carried throughout is liberal to say the least, and its voice is one of discontent. But their confrontational demeanour is executed in a vibrant cornucopia of ire. Ett Dödens Maskineri are a hardcore-oriented band born out of disaffection for nationalistic hatred and bigotry, and this is a recipe for aggression: ‘We saw the class gaps increase and we saw familiar ones being insured. We saw a policy that led to increased exclusion and paved the way for racism and populism. We saw a society emerge where people looked down on weakness.’

Det Svenska Hatet, or ‘The Swedish Hate‘, is a merciless takedown of nationalism within the band’s own country, but truly the message of the album pays no heed to borders and stands in solidarity with all those who fight hatred across the globe. What struck me immediately with this album was the subtle sense of melancholy portrayed in mournful shades of emo, especially on tracks like “Låsta dörrar” and the burning album closer, “Memento mori”. As vitriolic as this album is, there is a marked sadness that captures the collective weltschmertz caused by the rise of prejudice.

The production captures the abrasiveness of old-school hardcore punk without sacrificing on sonic impact. Its rawness propels its message straight to the front row of the grid. In this sense, the album bears the truest visage of its form, an essential representation of discontent influenced by its own outrage.

The band themselves refer to crust-punk compatriots like Skitsystem and Martyrdöd, and melodic punks Asta Kask and Strebers amongst their influences, and I actually found myself making comparisons as far-removed as emo heavyweights Envy and hardcore originators Black Flag. Buzzsaw guitars, frenetic drum patterns, and grating vocals are the familiar hallmarks of such driven, harsh music, but here they are unleashed with such an accomplished emotional urgency and distinction sui generis that it seems utterly unfair to define this band under a single umbrella.

Maskineri do an inspired job of capturing the essences of crust, hardcore punk, and emo, weighting them perfectly against each other in a calibre that few others can achieve, and this is what pushes them out ahead of their contemporaries. Tracks like “Istid” and “Röda stugor med ruttnande knutar” are illustrative of the band’s versatility, trading unbridled discord with heartfelt affliction.

To me, this album represents the spirit of punk in its truest visage: outraged and vehement, uninterested in the trappings of trend, commerciality, or fame. It is fervent energy distilled into a devilish concoction of sludgy bangers that form the sturdiest roots of the mightiest oak. As individual paroxysms, they are bursts of anthemic rage, but together they are a relentless and unignorable mesa.