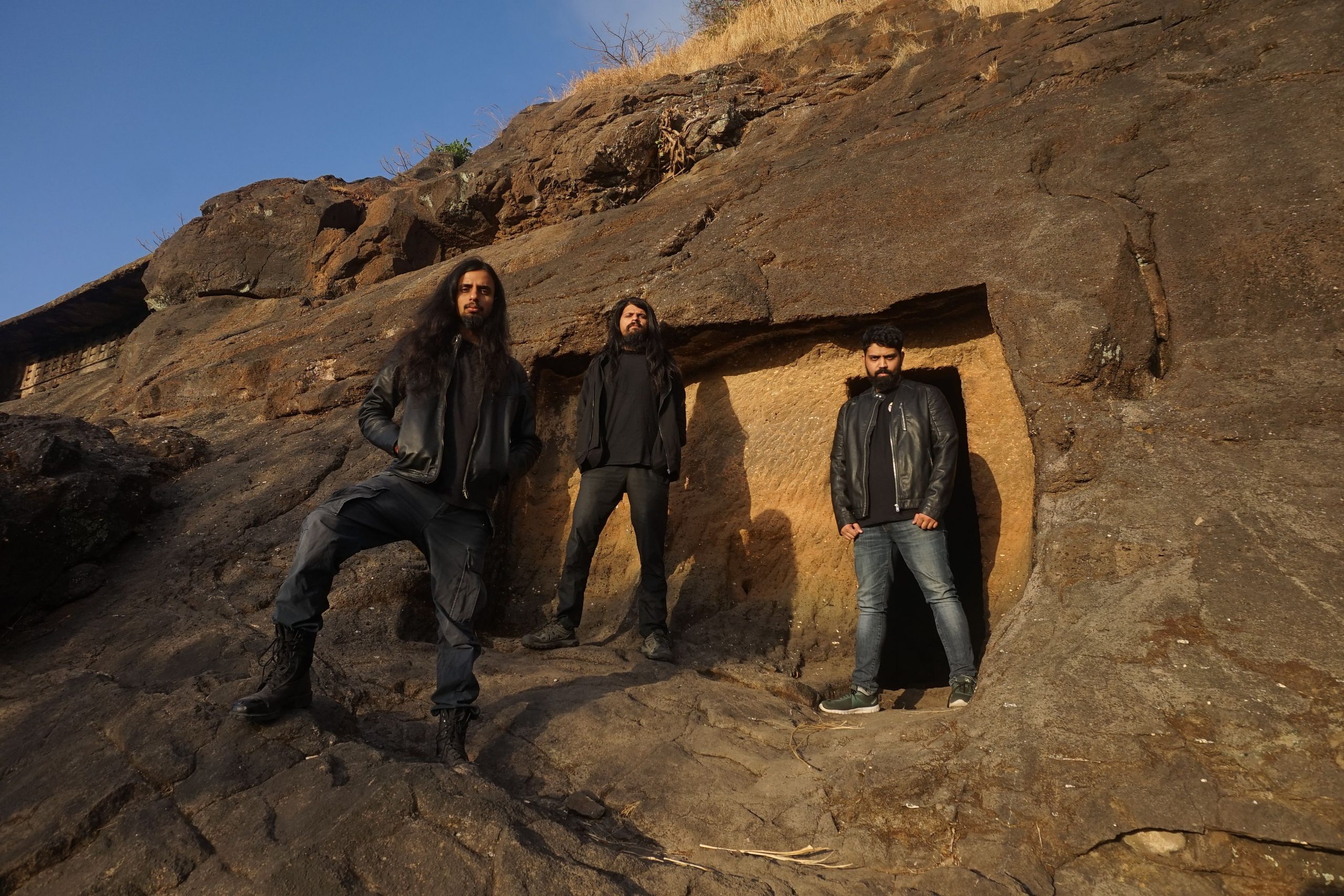 Perhaps this may not be common for everyone, but angry music is incredibly therapeutic to me. I’ve been drawn to aggression in art since I was in middle school (to be fair, that was probably just teenage angst), and I’ve been on a mission to find some of the most vicious and vehement bands on the planet. This search has led me to discover hundreds of unbelievably raw and visceral artists from all over the globe, and each one channels rage in their own ways.

Luckily, I have been able to add Dead Exaltation to my list. The trio from Pune, India has a grasp on how to make music that is brutal, technical, and unique. Noticeably, the band incorporates influences from legendary technical death metal giants like Cryptopsy and Suffocation, but still manages to keep their approach fresh and unique. While Dead Exaltation is a new band on the block that hasn’t amassed very much recorded material yet, it’s exciting to know there is new music on the horizon. Today, Everything Is Noise is pleased to premiere the band’s new single, “Coerced Sewer Ingest”!

“Coerced Sewer Ingest” represents the best that modern death metal has to offer. The track is brutal and energetic, and it refuses to relent during its three-minute runtime. The riffs are massive, the drums are tumultuous, and the vocals are fierce and primal. The song has so many astounding sections to it, my favorite being a repeating intricate riff that occurs around the thirty-second mark and repeats throughout. While it isn’t the heaviest part of the track, it showcases a really distinctive sound that is both interesting and expertly performed.

Dead Exaltation has knocked it out of the park with “Coerced Sewer Ingest”. If you like what you heard, head over to Facebook or Instagram to follow for news and updates on their upcoming album Despondent, which was mixed by Anomaly Sound Design and mastered by Aakash Sherpa. If the band can continue to deliver with savage material like “Coerced Sewer Ingest”, I truly believe they will be a force to be reckoned with.