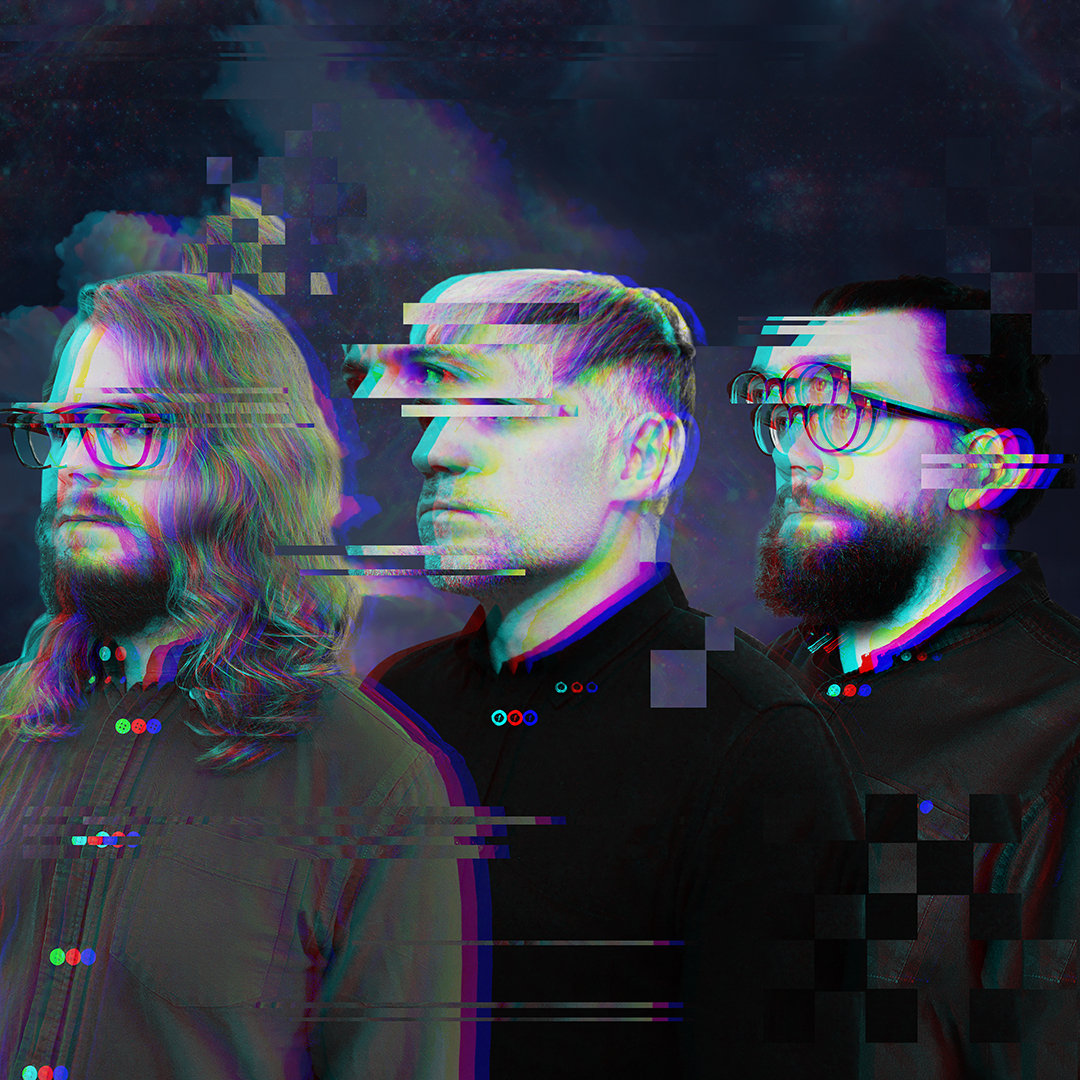 By David RodriguezDecember 22, 2020 No Comments

Alpha Male Tea Party put on a little sonic weight with Infinity Stare and it sounds great on them, allowing for a more full-bodied approach to complement their playful progressive rock.

Short of a couple hints, like one that heavily implied they were recording a fourth LP – posted on my birthday this year no less – Alpha Male Tea Party gave no solid indication as to any details of their newest album that was properly revealed and announced on December 3 with a single, and released literally one day later in full. This is awesome for those of us that liked the single that dropped – we only had to wait hours for more!

I really do like these kind of surprise releases, but you know what I like more? Good surprise releases. After being introduced to the trio with their 2017 album, Health, I got into the band’s hearty and fun progressive/math rock and expected cool stuff from them in the future. Here, with Infinity Stare – a great title, by the way – I’ve gotten more than I bargained for, perhaps in part because of its absence of hype. Try as I might, you, a cool band, drop a tasty single in my general direction and I’m likely to gobble it up and want more, swelling up my expectations in such a way that if it lasted for more than four hours, I’d have to go to urgent care. Good thing I have decent insurance!

Anyway, it seems the Liverpool band were feeling a little frisky themselves as they’ve changed up their sound a bit for Infinity Stare, for the better I’d say. With Health and previous albums, Alpha Male Tea Party had great energy as they do here. Songs moved with force and drive, but everything had a feathery lightness to it. This was fine – I’m not a huge stickler for production or its accompanied elements – but I immediately felt drawn to this album’s newfound weight.

It’s like I had been listening to the band with waterlogged ears, all sound entering them becoming more muffled than a ball-gagged Broadway theatre monologue. Infinity Stare presented new, sharper, more pristine opportunities – a chance for me to hear things with clarity and have more of a tactile experience with their music. The one-day leading single, “Bonfire Disaster Movie”, had boomier bass, sharper guitars, and more corporeal drums than I’d heard before. It made an impression on me and was a fitting appetizer for the rest of the album which is even better.

Throughout the record, it’s apparent that the band’s progressive side has been honed a bit more, in the sense of modern atmospheric prog bands that love a good riff, but ultimately want to provide some dimensional escapism. Tracks like “They’d Get The Guillotine” is practically fervent with a story to tell, having one of the longest runtimes on the album and using it to maximize the sonic textures and moods presented within. There’s deliberate and intense instrumentation that gives way to a twinkling synth section that really shines some rays of light through the density built up beforehand.

Elsewhere, delights like “Sad Balloon” or the interlude-like “Year of Winter” go for more of a post-rock approach, lathering up the openness of everything in a way that doesn’t just let songs breathe, but become its own part of those songs. Space is something commanded with music, whether you’re filling it or not. Makes you realize that there’s bands – especially primarily instrumental ones like this – that use silence or ambience as a way to simply break up moments of sound, and ones that utilize it as a key component of the experience. Alpha Male Tea Party are firmly the latter, even if they do spend a lion’s share of their time being as neatly noisy as possible.

This album just makes me happy. It’s a joy to listen to; each song is strong in its own way, showcasing a cohesive diversity that’s often forgotten in lieu of hitting one or a couple points home harder or spreading itself a little too thin in search of an identity. One would hope that by album four, a band like Alpha Male Tea Party would know exactly who they are and not only does this collection of songs stand confidently in the face of that question, but takes some times to underline and bold some key parts so as not to be missed. There’s a lot I didn’t cover here, like the serene cap that is the title track – complete with lovely vocals, the best ones so far from the band – so I implore you to check it out if you’re looking for great instrumental music to color in the lines of your life a bit more.

Infinity Stare is what happens when you hear ‘no condom tonight, honey‘ and then experience something that was surely fun and pleasurable before, but now made even more so with all the extra details and highlights found in this new experience, and I can’t wait for everyone to read that line out of context when it’s likely pulled for our social media postings of this review. What I’m trying to say is Alpha Male Tea Party really went for it this time, committing to a sound that plays to their strengths and allows for a deeper appreciation of their music. I hope it sticks for future releases, like the sucker-covered tentacles of the octopus adorning the album’s cover.