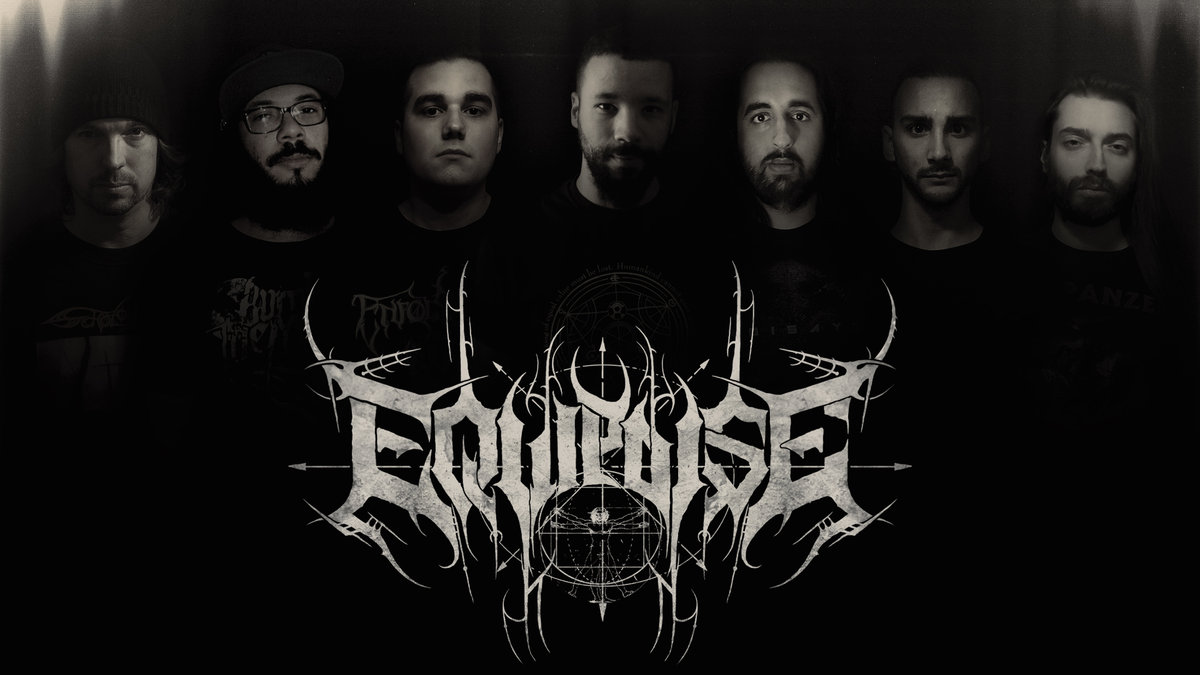 By Landon TurlockMarch 1, 2019 No Comments

Demiurgus is the debut full-length from technical death metal supergroup Equipoise, and, even with its grandiose scope and vision, manages to achieve its lofty goals with hardly a misstep.

How do you make a supergroup work?

The term suggests that, when you assemble various members from established acts, the result will be super. However, so often, the ‘super’ prefix seems inappropriate – bands that should excel on paper often sound directionless, sterile, or like less enjoyable tributes to their other acts. So when Nick Padovani, leader of Equipoise, described the international act as a ‘tech death supergroup’, I was hesitant. Will their debut full-length Demiurgus fall into the disappointing hole so many supergroups sit in, or bring technical death metal to new heights?

Demiurgus is cohesive due to its pacing and variety, despite it featuring seven members, numerous guests, fourteen tracks, and a runtime of about an hour. Many technical death metal artists pride themselves on maintaining a sprint for an album’s duration, but this will fatigue many listeners’ ears and lose their attention; Equipoise seem to recognize the error of this approach. Though many tracks fly by at lightspeed, “A Suit of My Flesh” slows down and grooves, even featuring an almost funky midsection. Elsewhere, interludes like “Shrouded” and “Reincarnated” mix flamenco and orchestral arrangements to allow the album room to breathe. Other tracks, like the record’s opening and closing numbers, explore various textures from nylon string to metal, but do so instrumentally, further expanding the scope of the record.

And, while technical ability is far from the only appealing part of Demiurgus, the instrumental capability of all seven members of the band is utilized excellently. Jimmy Pitt’s incredible piano performances complement the neoclassical melodicism of the songs fittingly (opener “Illborn Augury” being a great example). Hugo Doyon-Karout’s fretless bass performance adds an almost singable quality to otherwise brutal sections, acting as a grounding counterpoint to the storm of symphonies and solos heard on Demiurgus. Although the rest of the members shine throughout the record, these two contributors bring particularly unique approaches to an already innovative technical death metal album.

For all its triumphs, and there are many on Demiurgus, the primary criticism I have for the record is one I have seen haunting comment sections since the release of the album’s first single: the record’s mix and production. This criticism is hardly a barrier to enjoying the record. However, many have pointed out the way Doyon-Karout’s (admittedly excellent) fretless bass performance overpowers the mix at the expense of a full-bodied vocal sound, and I can’t disagree that this occurs at times. Further, and while the symphonic sections absolutely complement the other parts of these songs, they occasionally lack body and feel especially synthetic.

So how do you make a supergroup work? Equipoise show us that having a lead composer, creating dynamic pacing, and capitalizing on the strengths of all members in service of the songs are successful approaches. The result is what will undoubtedly be a contender for best technical death metal album of the year. The occasionally lopsided production hardly takes away from the impact of the album, and it is impressive that such a multi-faceted record works as well as it does as often as it does. Demiurgus would be an impressive and notable debut without any qualifiers, but it is also a shining example of how to successfully unite diverse influences and performers throughout the world for what is, truly, a supergroup.