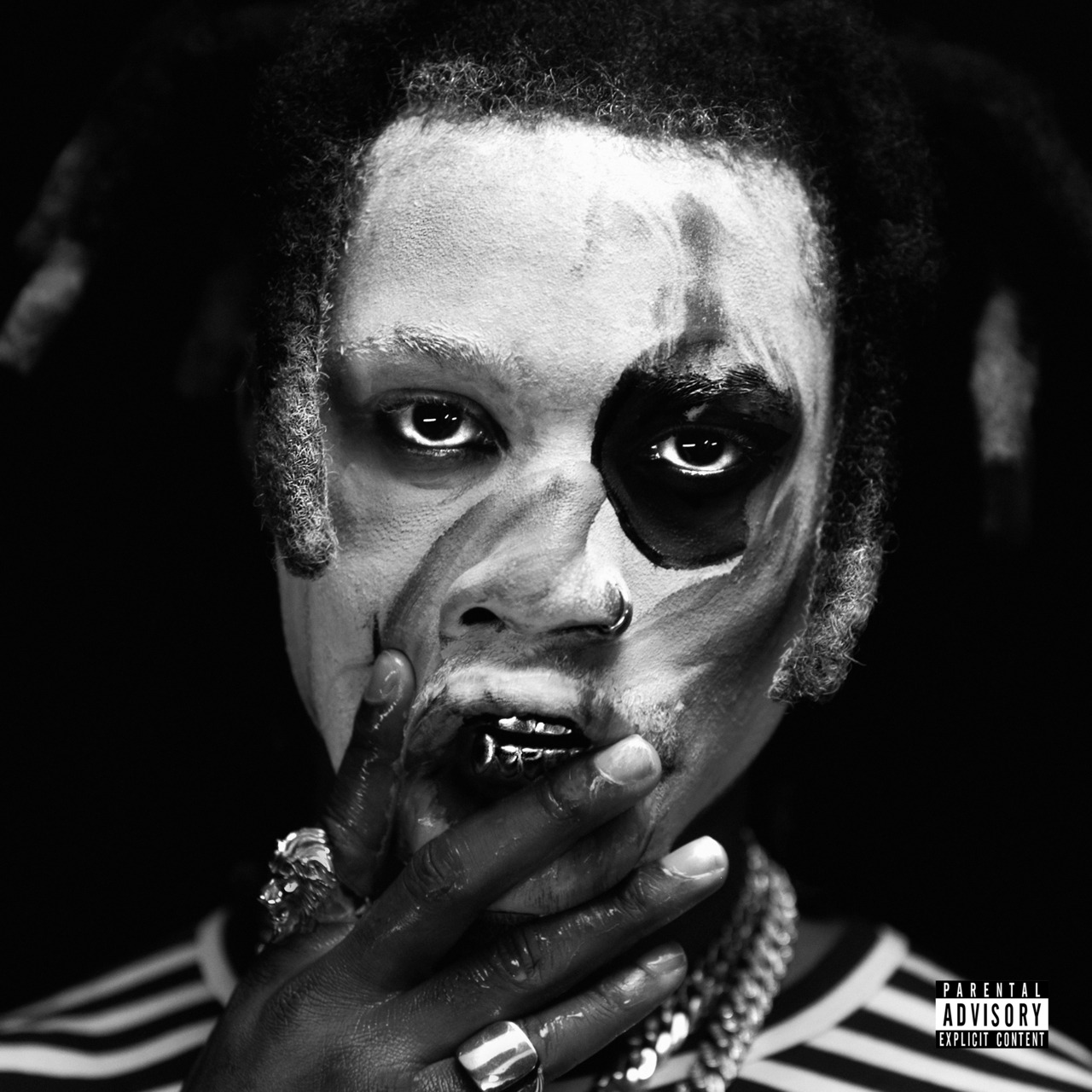 By David RodriguezAugust 5, 2018 No Comments

Denzel Curry balances the proclivities of the mainstream with the bowels of the fierce underground he came from, and gives it all a message to make one of the best rap albums of the year.

It’s easy to write off artists like Denzel Curry, regardless of him being consistently compelling among his peers. The Florida rapper and his ilk are very capable of falling into edgy trapping that undermines any genuine artistry they may have. Curry’s last album Imperial treated him well, even though it was decidedly one-note. Now, though, with TA13OO, we not only see he has a liking for leet speak, but he’s also capable of great growth and versatility.

Denzel is kind of everywhere on this album, which is a credit to that versatility. He’s more melodic here than ever before, but still retains the grit that made him stand out with Imperial. He tackles weighty subjects with the relative gravity they deserve, but he never lets you forget that he can go the hell off on trap-infused bangers, or stroke his ego, and put his successes on a pedestal with the best of them. This may seem like a low bar for modern rap, but Curry is surgical with his delivery and execution. This is what makes TA13OO a force to be reckoned with.

The first big change we’re exposed to is the melodious side of Curry, something that’s seldom shows itself and never this well. “BLACK BALLOONS | 13LACK 13ALLOONZ” is a veritable dance track, with a little dreamy cloud hanging over it. The hook is sickly sweet, contrasted to the lyrical themes of personal demons, or ‘black balloons’, following you around. Likewise, the next track “CASH MANIAC | CAZH MAN1AC” is synth heavy (Neon Indian, anyone?), with snappy drums that make for a wonderful bed for his deliberate vocal flow to rest on. Curry’s penchant for combining lighter music with darker themes is captured perfectly here: ‘I like Black Beatles, but act like Black Sabbath‘.

TA13OO also has a fair share of thoughtful moments. Single “SIRENS | Z1RENZ” addresses a number of current issues, both political and social. The beat is somber, which is fitting. Curry affirms his world stance with two fiery verses that culminate in nice wordplay, where even the weaker bars are munitions against the current state of affairs.

Another single, “CLOUT COBAIN | CLOUT CO13A1N”, is much more personal, talking about the cost of fame, how it results in unhealthy artists with unhealthy lifestyles, and the chase of popularity in a viral world. Enjoying this catchy song as much as I do is telling as it’s drenched in references to drug abuse and suicide from the artist’s perspective. The song itself shows the assertion that we as listeners enjoy tracks openly about artists struggling with life and depression, with near glee in real-time. Though, this probably isn’t ignoring a dire situation for good art as much as it is sympathizing with it. It’s a message that should be heeded, no matter how compelled you are to sing the melodic hook of ‘suicidal doors, call it Kurt Cobain/Suwu leather seats like a bloody stain’. The video is more heavy-handed with its imagery, but effective nonetheless.

On the other side of the spectrum, and with all of the previous in mind, Denzel has to vent. The aggression contained on the final third of the album is incendiary. “PERCS | PERCZ” is an bass-heavy indictment of rap’s perceived collective shift in lyrical content and approach. In a way, this is Curry addressing the monster he arguably helped create with the Florida rap scene and SoundCloud rappers, which these days refers to a very specific type of artist, and is almost used as a pejorative. The aggression comes to a head with “VENGEANCE | VENGEANCE” (what was even the point of that?) where experimental hip-hop artist JPEGMAFIA and aggro rap’s current final boss ZillaKami drop savage verses along with Curry, over a blackened beat with a ton of bass. A palate cleansing, sunny outro purges the darkness of the track.

CONTENT WARNING: the video for “CLOUT COBAIN | CLOUT CO13A1N” has some wild imagery, including circus stunts and a simulated suicide. Please use discretion.

This album does have something of a concept to it. It’s split into three sections, or ‘acts’, that were released in a staggered fashion all in one week. The first called Light contains mostly lighthearted content and more upbeat tracks. Gray, the second act, starts taking darker turns and addresses heavier subject matter more consistently. The last one, Dark, is… well, the darkest, containing straight up aggression, violence, and the worst of emotional catharsis. The thing with this concept is it doesn’t hold the album firmly in this pattern. For instance, the title track, could tonally fit in with the Gray act, but it’s the first track on the album in the Light act. “SUMO | ZUMO” from Light could be in Gray, as it has a harder beat, and so on. Any other complaints I have about this album are purely personal, mostly regarding Curry‘s veering into misogynistic territory with some of his lyrics, or just being edgy for edgy’s sake. These moments aren’t song killers, as they never make up more than a bar or two on a couple different songs, but the complaint stands.

Despite not fully realizing the concept of the album set forth, this is still without a doubt Denzel Curry‘s best work yet. Literally every song is great and serves a purpose, whether it’s a banger, a melodic masterwork, or a lyrically conscious track. His rapping is on point, his flows are diverse and slick, he clearly has something to say, and knows how to craft music with a nice ear for production to complement his lyricism. This shows a great maturity, and places the Florida rapper well above his peers. Don’t write TA13OO off; it’s one of the best rap albums of the year.