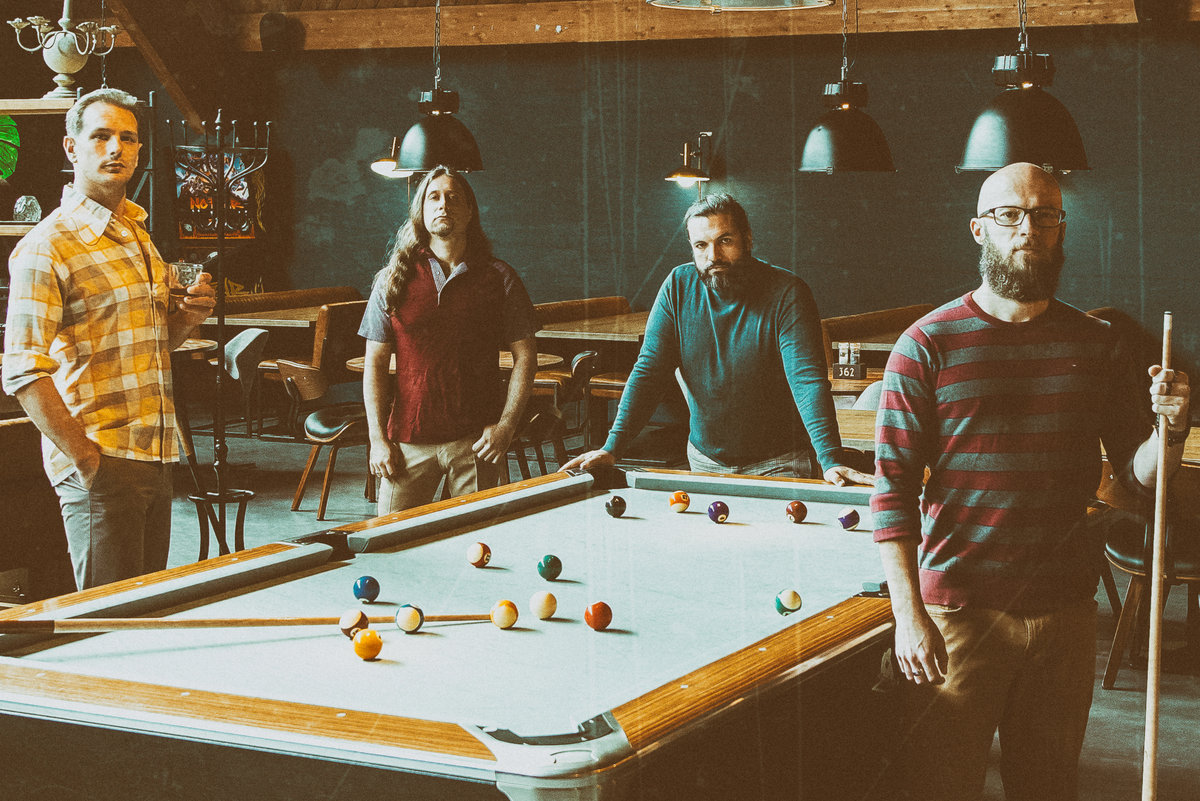 I just know everyone, including me, is hyped for Crown Compass as Textures 2.0, but y’all might want to curb that excitement. Crown Compass is nice and all that, but doesn’t quite deliver on the hype.

Look, I know what it means to be heartbroken over the disbandment of Textures, one of the greatest things to happen in metal. In a sense, you could say I witnessed the end firsthand, with a bunch of other fortunate(?) people. One fateful night almost five years ago, I ended up seeing Textures on their farewell tour at a gig in Berlin, following weeks of announcements and gigs. It was absolute magic and they closed their nearly-two-hour set with a semi-acoustic version of “Awake”. Then, emptiness. The band had a spectacular run of five albums, each one better than the last, although I’d still say Silhouettes is their magnum opus. Anyway, when Crown Compass announced their existence and line-up, along with a debut album coming, of course I lost my shit, along with, I’d assume, a bunch of other die-hard fans.

Now, two years of hyping on social media followed by a couple of singles isn’t the PR campaign anyone wished for, but it was still something. Considering that Crown Compass has on-board Daniel De-Jongh and Joe Tal from Textures, as well as Robin Zielhorst and Yuma van Ekelen of Exivious and Our Oceans, everyone was justifiably even more hyped. Sure, the promise wasn’t Textures 2.0, but come on, how could any of us expect anything else, especially based on what we were lulled into with the singles? Yeah, yeah, it’s our fault for having (unrealistic) expectations, only to see them curb-stomped. Life isn’t fair, is it now?

I could go on some rant expanding on my points from above, but that’s not why we’re here. Why I’m really here is to say that, in spite of having my expectations shattered, there’s still quite a fair glimmer of hope at the end of the album. The Drought is definitely not what should’ve happened if you ask me, as a musical thing, but it does live up to some ideals and shows a decent amount of promise when thinking about the future.

The Drought is, for all intents and purposes and detaching from the whole Textures angle, a highly serviceable album and quite an enjoyable and fun listen. It’s not perfect, that’s a given. There are some flaws scattered around, mostly in the way of certain songs not being very entertaining/a tad too simplistic/generic, y’know, like “Ecdysis”. The production also falls a little on the flat/generic side of things, in spite of being mostly solid for the illustration of a metal record.

The songwriting is the trait which really makes the trip around the record doable and ultimately enjoyable. There are a lot of awesome moments that hearken with their entire heart to late Textures, like what we hear near the end of the record on “A Limited Number Of Heartbeats” and “The Drought II”. These are the songs that gave me the most hope that things will eventually turn towards the more awesome. It’s obvious that Crown Compass wants to carry some of Textures‘s legacy forward, but it’s just as obvious that it’s a separate band which seeks to carve its own identity. “The Drought I”, I think, punctuates the latter point nicely.

I’m genuinely curious to see where the group will go and how. There’s definitely a ton of potential given the line-up and it would be really cool to see all of that bloom into something unique. So, while The Drought isn’t the promised land of progressive/alternative metalcore or whatever you want to call this blend, Crown Compass wants it known that they’re down to make some nice heavy and intricate music, which is as groovy as it is catchy.