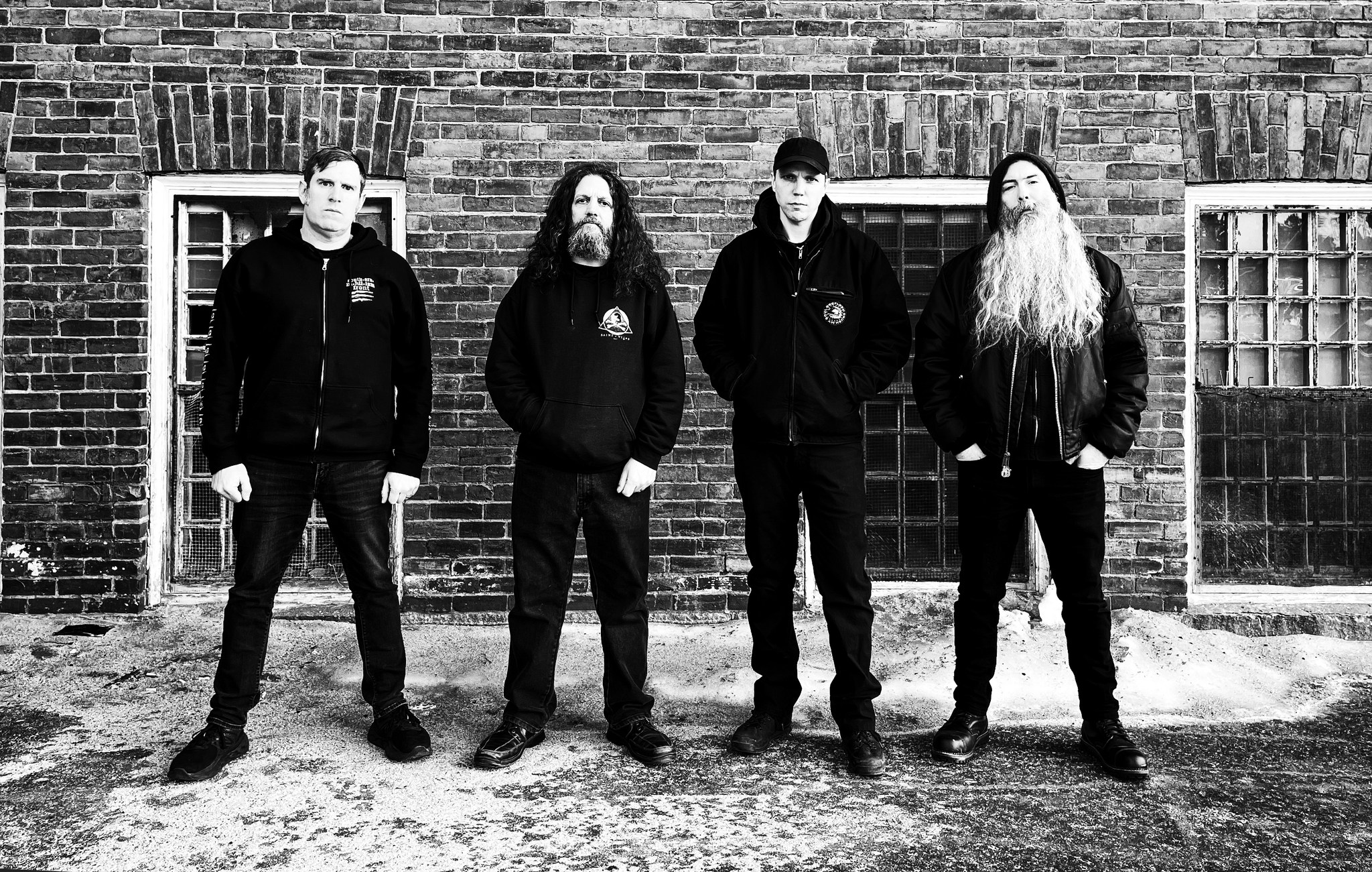 Come to Grief deliver a barrage of unyielding, misanthropic, and deathly post-apocalyptic vibes on their latest record that reminds us of their immeasurable status as sludge metal greats.

Back in 1991, the band Grief emerged, bringing with them a uniquely pessimistic and volatile sound, shining an unforgiving light on the world of doom and sludge metal on preceding records Depression (1992) and Dismal (1993). Subsequent to this, the band released a total of six studio albums and a handful of splits with a number of doom metal artists (Soilent Green, Corrupted) before disbanding in 2001 due to ongoing issues establishing a permanent drummer, as well as citing a ‘hostile environment for doom metal bands‘ for the band’s split. Despite reforming in 2005, it appeared that Grief’s presence was all but done; that was until band members Terry Savastano (guitars) and Chuck Conlon (drums) devised the idea to continue the band’s legacy under the name Come to Grief, a fitting gesture to their predecessor’s 1994 studio album. Since 2017, that band released several extended demos and EPs, waiting until now to unleash the first full-length Come to Grief album, appropriately titled When the World Dies.

The record begins in a suitable fashion with the pummelling “Our End Begins”, condemning your eardrums to a twisted and brutal onslaught of deafeningly slow riffs that sets this sombre and post-apocalyptic mood. The subtly abrupt tempo change going into “Life’s Curse” (the first of two songs on this album to feature Converge’s Jacob Bannon) brings things up a notch, and the forthcoming roaring vocals are delivered with astounding force, giving us a glimpse into the potentially dark future of our world. The percussive sections further enter with a vigorous yet sluggish momentum, whilst the guitar riffs persist in their brutality and ferocity.

“Scum Like You” opens with a sinister guitar phrase personifying a troubling and bleak dystopian picture of our world, fallen amongst the rumble of debris and catastrophe. The bass falls on the backdrop, inciting a much-needed low end boost that generates this ominous sort of sonic texture. Meanwhile, layers of feedback flood the remaining gaps within the track, bolstering its bleak atmosphere and forming a hellish soundscape. This is even more distinguishable on the next song, “Devastation of Souls”: a bluesy riff rings out on the guitars and bass, executed in a dismal tone, the walls of distortion through the instrumentation and vocal delivery further giving the impression of a man-made living hell in which the artists are subjecting us to in their audible depiction of the end of the world.

The title track, “When the World Dies”, is the next to rear its ugly, sludge-ridden head in a fearfully dissonant tone. The lowly, rumbling sounds of a dying world are presented with a trademark nihilistic and depressive performance that could remind us of the classic songs recorded in the days of Grief. Bellowing vocals are executed with piercing precision over the noise-forsaken guitars that convey a of deprivation and horror.

The penultimate track features two sections. “Bludgeon the Soul” is a violent, drawn-out doom track that harnesses a malicious streak of slow, beating drums and strung-out guitar and bass riffs that climax towards an impeding world of anguish and torment. We then hear Bannon’s guest backing vocals return, constituting an eerie and deathly presence. In the wake of this musical inferno, “Returning to the Void” resonates on a more melodic and groove-driven level through these swinging rhythmic structures that convey the marching of lost souls to the enteral blistering grave of hell; this is accompanied by a soloing melodic guitar outro that is anything but welcoming and inviting.

Finally, Come to Grief tell us how it truly is on their last track, “Death Can’t Come Soon Enough”. Piercing feedback fills the surrounding walls of noise and distortion, whilst the thunderous drum fills come crashing and rolling. The barrage of dissonant, doomy, blues-infused riffs, fierce screams, and fiery, discordant ambiences all blend together powerfully as they shape a damning and scornful impression of a hopeless and soon to be forgotten post-apocalyptic landscape.

Whilst it might not be the same Grief that us doom heads remember from those bleak sludge metal releases in the early ’90s, this somewhat unique reunification of past members along with new faces does offer a fresh approach to both songwriting and musicianship, meaning Come to Grief are worthy successors to hold the renowned sludge metal ensemble’s name. When the World Dies, therefore, comes not only as a strong debut full-length release for this ambitious project, but also reminds us of the broken world that we inhabit in the same vein that was once conveyed through the harsh and abrasive musical work of one of sludge metal’s most underrated assets.