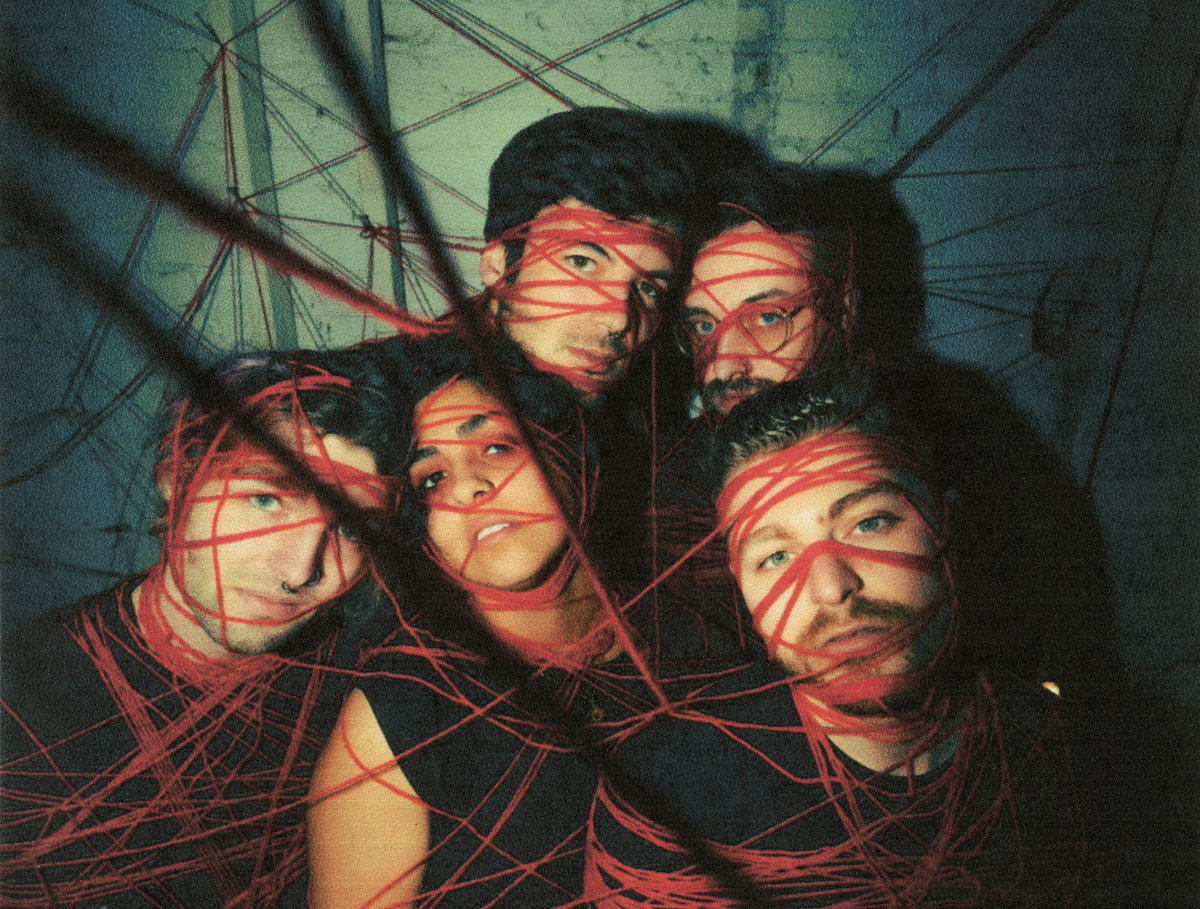 By Carlos Vélez-CancelJune 25, 2022 No Comments

Catchy, memorable, and powerful, Where the Heart Is is Philly five-piece act Sweet Pill‘s fiery debut, one that will stick within the emo music circles – and beyond – for years to come.

It’s not too common to come across a band that displays a sense of potential superstardom early in their career. This could stem from a collective mastery at their musical crafts, the charisma embodied on their performance (both studio and live), or even a certain timelessness or relevancy to their lyrics and choice of melody. Well, let me introduce you to a bunch of bowling outfit-wearing folks who successfully showcases all three – they go by as Sweet Pill.

At first glance, you might consider them as just another pop punk band that heavily caters to the math rock and Midwest emo sound (the more the merrier, if you ask me!). Dig deeper into their debut full-length (emphasis on debut) Where the Heart Is, however, and you’ll find an album that will shatter those preconceptions right from the first song.

I’ll be honest with you, after multiple listens I’ve yet to exactly pinpoint why Sweet Pill stand out from the rest. There’s a drive to these 10 tracks that is not only engrossing, but also demonstrates a band whose vision strives from character, consistency, and passion – I genuinely think there’s no point in looking further than that. “High Hopes” was the first song I heard off the album (and from the band overall), and I was immediately delighted by their palpable chemistry. A slow-burner in comparison to the rest of the album – though not any less intense – “High Hopes” goes by like a breeze thanks to its immaculate flow and delivery, with guitars switching between wistful leads and endearing strums, and giving space to the vocals to unleash its sheer power born out of overwhelmingness and sullen hope. It’s both catchy and heartfelt throughout, with the gripping half-time change near the end being one of my personal favorite moments off the album.

Evident from that track alone, Where the Heart Is is a fervent collection of songs that never loses its sight on demonstrating the poignancy of being fed up with oneself, with others, and with the world. Supported by a crisp production, each song gets to you like a slingshot from afar and targeted directly at you, finding yourself in the state of mind of the lyrics in an immediate manner, never minding if you’re truly going through those predicaments or not. Though, really: how can you not identify with any of them? The titular opener’s jab at the monotony of work life is all too real, while a song like “Sucker Punch” is exactly that – a sucker punch to the gut from the ever-winding absurdities of seeking some sort of affection. The arrangement on both songs magnifies the flux one’s mood undergoes from these situations, with the drums providing a dose of heft and frenzy that channels the urgency of letting all these feelings out.

There’s dynamics to Where the Heart Is that always maintain a consistent, fresh sound till the very end. Do you fancy a grungy head-bopper? Then look no further than “Blood”, whose guitar and bass provide a sonic crunch that is mesmerizingly filthy. Or subject yourself to the anthemic “Sometimes”, a throttling Midwest emo cut that refuses to hold back and coats your ears in riveting vocal wails and a tight rhythm section.

All that being said, nothing made me sit still and seriously take in what I was listening to quite like the sequence of “Diamond Eyes”, “Fate”, and “Red String”. This is the key instant of the album where I became convinced that Sweet Pill is much more than the genre they play. They are able to showcase their truly expansive musicianship, drifting through ideas and passages that enhance the emotions being communicated and, at the same time, make for memorable moments.

The sonic tenderness displayed on these three songs is unmatched when compared to other, similar bands – it’s understanding yet firm, unafraid of unraveling faults and traumas with the intention of engaging in self-awareness. Of course, the hurt is not absent, though that’s precisely why the tracks, and in turn the album, are so good: they recognize the hurt in a way that is real. Whether it is the way the lines ‘die, why won’t I try’ are delivered on the riveting and crushing climax of “Diamond Eyes”, the shimmering cadence and the soaring build-up coming from the interlude “Fate”, and the way that tension is released through “Red String”, with its massive chorus and stellar instrumentation, there’s no denying the potential Sweet Pill have with just these tracks.

Where the Heart Is succeeds in being a strong debut, one that will for a fact resonate and stick with many who stumble upon it. What Sweet Pill pulled off here is a testament to how there is still exciting music to discover and listen to, and an indication of a band that not only excel at what they do, but also have the prowess to continue crafting powerful music. If it wasn’t obvious enough at this point, this is an emo record you do not want to miss, whether you’re a fan of the genre or not.