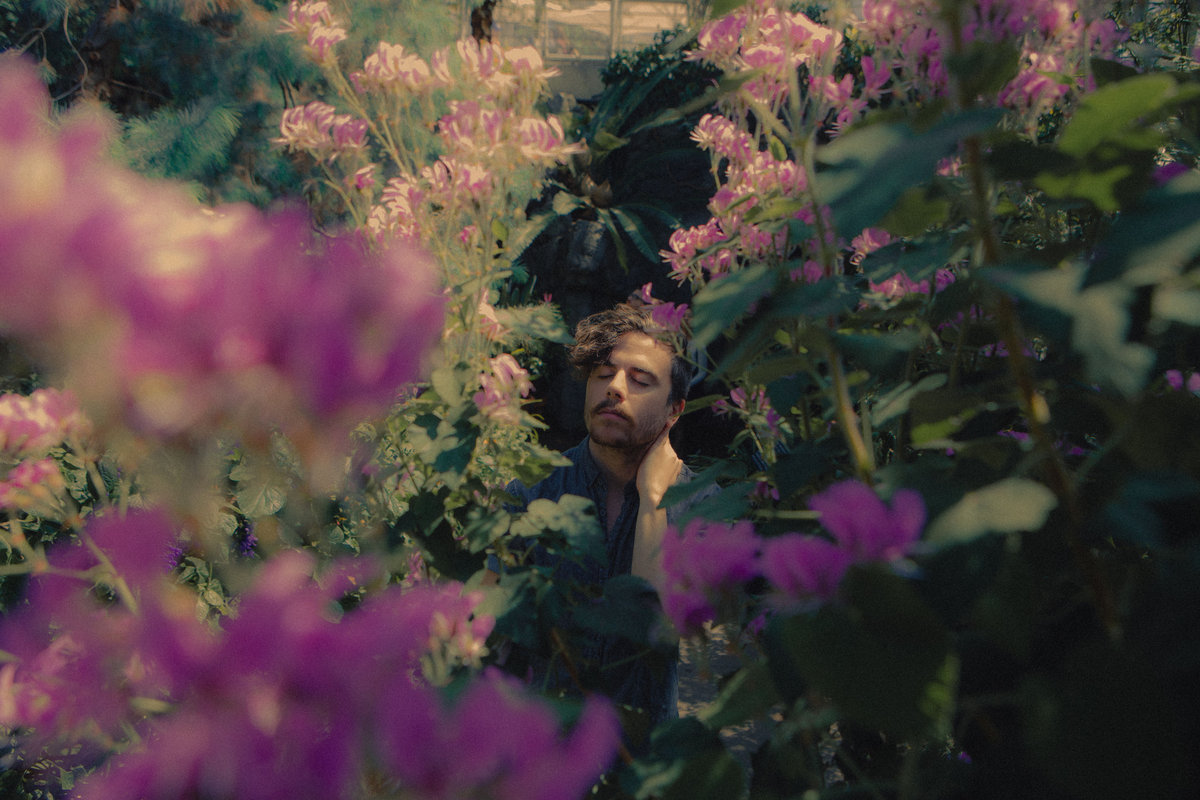 Put some spring in your step with everbloom, a post-prog rock ode to hoodie weather, budding flowers, and chirping birds from Secret Gardens.

Colorado’s never played by the traditional rules of weather or its patterns. There’s several other states that will empathize – we have a saying around here that goes something to the effect of, ‘If you don’t like the weather around here, just wait an hour‘. I’ve been in situations where I walk into a store for about an hour, leaving behind nice, temperate weather around 70 degrees, only to emerge to a snowstorm and the temperature dropping to around 30 degrees. In June. Last year was unprecedented – we went without any substantial snowstorm for the entire start of the snow season from October to December 31, when it finally decided to blanket the Denver Metro area. Good timing, seeing as that’s when the worst, most destructive wildfire in state history decided to happen as well. This has only gotten less predictable over time with climate change doing its thing unabated by us.

If you’re in a pretty steady state, you can simulate this environment yourself by shuffling together Secret Gardens‘ Tundra album, and their new one, everbloom. The former is a delightful excursion into the moods and sounds of winter, well-loved by me, not your average enjoyer of this style of music. The latter, what we’ll talk about today, is an album that delves into the spring season. It’s a continuation of a series by project lead Greg Almeida to sonically capture the essence of each season album by album. This isn’t a new concept for bands of any genre – from Lupe Fiasco to Rivers of Nihil, you’ll see plenty of artists muse on the transformation of our planet year to year in their own ways.

There’s something about Secret Gardens, though, and Almeida’s ability to so accurately convey the complex feelings of time, change, and more. With Tundra, the album was warm much of the time, a respite from the chilly air and blankets of snow you expect in the winter time if you’re far enough from the Equator. There were those dips into the cold, though, where you could see your own breath in front of you and hear the enrapturing tapping of fresh snow being blown onto certain areas around. So, too, does everbloom envision a warmer climate, with spring breezes tussling your hair, the sway of newly grown grass, and a sweetly smell that comes with the season’s other fauna.

Where Tundra was more seated in ambient post-rock, quite fitting if you ask me, everbloom is a lot more playful and action oriented, calling back to my progressive metal/math rock days of listening to the likes of Intervals, Covet, and Plini with near religious devotion and zeal. “Sunrise Joyride” is so true to its name, evoking thoughts of atop-down convertible driving down roads flanked by green trees with your friends, your destination unimportant. It colors in the crescendo-centric template of post-rock with a build-up of multi-textured guitars, melting them away into a reverbed haze before snapping back with sunny synths and a lovely tone to emulate the warming weather. As an intro to the album, it does an exorbitant job of setting the mood for the rest of the music – as a single, it’s one of the best I’ve heard this year. It’s just nearly five minutes of bliss and I tell you, it did something profound to me when I walked around my apartment complex with it as my soundtrack.

The playfulness extends well beyond “Sunrise Joyride”, or even the music itself. “Cathedral Trees” is a progressive wonderland cloistered deep within the forest. It feels like healing solitude and adventure, magical in tone, but still grounded like the roots of the trees themselves. And y’all are tripping if you miss out on the video for this song – it’s a good, fun time with Almeida transporting themself into where the trees are in a build-your-own-adventure sort of way, awkwardly waddling in-frame to simulate walking, taking a fighter’s stance complete with replica Master Sword, and enjoying the scenery with adorable cat and dog companions. The Adobe Stock watermark emblazoned on some of the greenscreened photos is cute and smirk-worthy. It’s also low-key advocacy for the preservation of natural phenomena like lush forests and greenery, something other post-rock artists are quite vocal (or instrumental) about.

It’s clear as a day in April that Almeida had a blast making this record and associated material. That sort of energy goes a long way when transcribed well into the music. It makes you smile, gives you full-body tingles, and really dissolves your stressors like a bath bomb in a tub. It’s holistic healing by way of guitar sunbaked with splendor and a testament to his writer, at times verbose like on “Coastal Cadence” (this is a compliment coming from me), but always highly accurate in its distillation and relation to its theme. Songs like “Idaho Willow” and “Wildflower & I” are so profoundly saccharine with their approach to everything, but still fold back into its spring framework without concession.

Still, there’s room for some outliers, like “Sunshower”, which is the best name for a song on an album like this. There’s guest work from Eidola vocalist Andrew Wells, who employs some neat cleans and impassioned screams for the track, a surprise as I don’t think Secret Gardens has included vocals like that before. Guitar and drum work (by Joseph Arrington) is upped in the progression department, which I assume is quite fitting for Wells seeing as Eidola is a prog metal band, at least in part. “Into The Owl’s Eye” is the uncontended climax of everbloom, a grandiose take on a spring storm, drums thundering above you, guitars imbued with more grit and force like the blowing winds, and all of it melds together into something so outrageously beauteous, it makes just about everything else I’ve heard recently in this realm pale in comparison. Really, that’s kind of this whole album in a nutshell. Outside of BRUIT ≤, this is the best post-prog rock, etc. I’ve heard since Secret Gardens‘ last effort.

Almeida said everbloom is his ‘proudest work to date‘ in a social media post announcing its release – I can see why, and I’m glad they recognize the greatness they’ve bestowed upon us as humble music enjoyers. Everything here just feels so expertly crafted and realized, with great thought given to how the music should sound and capturing those nuances of the warming months after winter. It goes far beyond that of making things sound bright and sunny with lots of major scales because that’s what you’d expect. Secret Gardens hasn’t been one to shirk on the details and this is further proof why. Even as the album ends with a lovely track called “tía” – ‘aunt’ in Spanish – and showcases what I assume is a bonding conversation between Almeida and his aunt behind some pensive acoustic guitar, there’s not a moment wasted when it comes to bringing on immense feel-good spirit. You’d do well to dive in yourself, especially if you’re in need of something to calm inner turmoil.