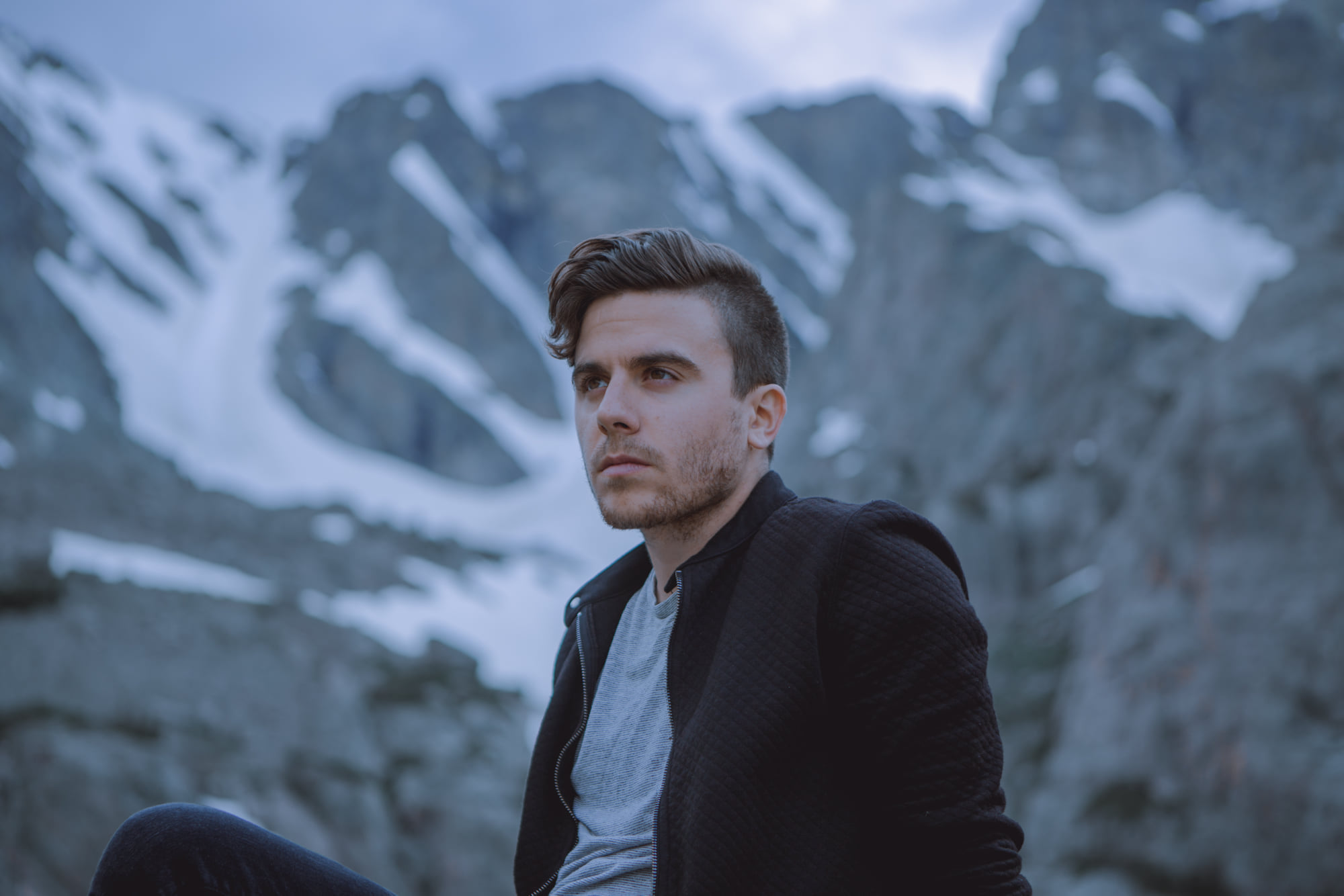 By David RodriguezFebruary 12, 2021 No Comments

Tundra is able to intrigue this post-rock skeptic through the power of warmth and gentleness, with just a hint of muscle to hammer it all home.

As I sit cloistered within a greenhouse-like enclosure – windows reaching from the ground well past my above-average height of 6’4″, flanked by indoor tree friends that color my periphery and shudder with a light wind from an unknown source – I feel at peace. There’s a sunset on the horizon. Somehow, the crystalline glass of this structure softens the light, allowing me to look at it more directly. The sky visible through the transparent ceiling above is a painting, adorned with hues of purple, blue, and orange; a symptom of the time of day. I can lose myself in this moment and just become a product of time itself, uncaring and unworried.

Then I come to and realize I’m just at my desk, in my apartment, hiding from the blustery cold that had days earlier brought on a day-long snow, an increasingly rare event in Colorado’s Denver Metro area. I’m not sad – I still, somehow, have a grip on reality and don’t get too lost in my thoughts, but it’s music like Tundra by Secret Gardens that allows me to indulge in those fantastic trips a bit. These little bouts of transportation are only brought on by the most evocative music, something that post-rock owns a large amount of real estate in… so I’m told.

I’m not even a post-rock guy! I do like the reverb-soaked emotion of it and its tendencies to really allow its soundscapes time to breathe. I crave more variation than the stereotypical slow build to a bursting, triumphant crescendo, but even in just the occasional post-rock inspired artists I’ve found in recent years, there’s a lot more on offer than that stereotype prepares you for. Funnily enough, in the interest of full disclosure, I will say that this album’s first song “Tough Conversations” does do a graceful swan dive into those tropes though, firmly positioning itself to be a textbook record in the genre only to have its following songs subvert into more interesting formats and structures.

Part of enjoying Tundra has involved a bit of confronting those biases I’ve had about the genre it operates in. Sure, Secret Gardens plays faithfully to post-rock, but in endearing ways that, for me at least, have a lot more to offer and engage me with. There’s some neat tonal shifts and little additions that keep things fresh and almost gift-like. For example, “Stillness” is the only track with prominent vocals. Provided by Erin Reus, it begins with a hazy spoken word that borders on ASMR levels of calming, her voice reassuring you into a safe cocoon. It culminates in an attention-grabbing and heartfelt ‘I love you/we should really speak more often‘ before taking on a more melodically sung structure. Maybe this part rings in my head more because those are words I don’t personally hear too often anymore, but all the same, they grip and cradle you, not really letting go until the wistful end of the song.

Some moments truly put the ‘rock’ in ‘post-rock’, like “Squall”. Here’s an assertive song fit for adventure, or just a drive while you go about your business – we can’t all be globetrotting nomads with wispy, flowing scarves on and a cryptic past. It’s easily the most suspenseful and progressive the album gets, sounding utterly volcanic at the end with weighty riffs and an alarming tone. It feels full – swollen, even – but not overdone. “Whittier, AK” distills that sound down a bit, keeping the feeling that made the music feel anchored down without doing away with the open atmosphere. It really feels like an aftermath of the climax that was “Squall”. A tick further down the list, we have a song called “I’m Fucking Tired of Being Sad” which… wow, what a fucking #mood that is, my guy. It’s more playful than previous tracks, counteracting that sadness with some lovely, sunny guitar work and major chords that would brighten up most any room. It’s something you’d hear while gazing out the window of a cabin in the snow.

Each track is kind of unique in its approach to the (primarily) instrumental post-rock formula. You might find more solace in the more traditional efforts of “Tough Conversations” or “Lighthouse”, the latter of which comes off ethereal like a lighthouse’s spotlight cutting through dense fog to fumbling ships at sea. Maybe nodding your head to the likes of “Squall” does it for you more, though you may find yourself a little famished as it’s the only place for that kind of reprieve. So much of it is rife with different textures and temperatures. It might be called Tundra with great purpose – the man behind the band building this album as a sonic representation of winter – but there’s a profoundly warm quality surrounding it like an aura. You can tell a lot was poured into it, and, thusly, it pours a lot into you, and there’s a lot you can do with that kind of energy.

Even as I listen to this album while I write, I’m losing a bit of my senses, particularly of time. “Kosciuszko” tells me it’s early overcast evening in summer, around 7:35 PM – my laptop clock says, ‘shit, you’re creeping in on February here and it’s actually a lot closer to 11:35 PM right now; you better wrap this up‘. Fair enough. I’ve said plenty to convey my feelings of Tundra, but suffice it all to say here at the end of our time that it’s something I’m hugely grateful for. It’s cinematic while still toying with expectation; alluring while staying grounded and corporeal. Secret Gardens is a fitting name, for it makes me go to my own secret garden at whim. For now, I’ll drift back into reality by going to watch some cute gecko videos before bed – you can join me if you want.