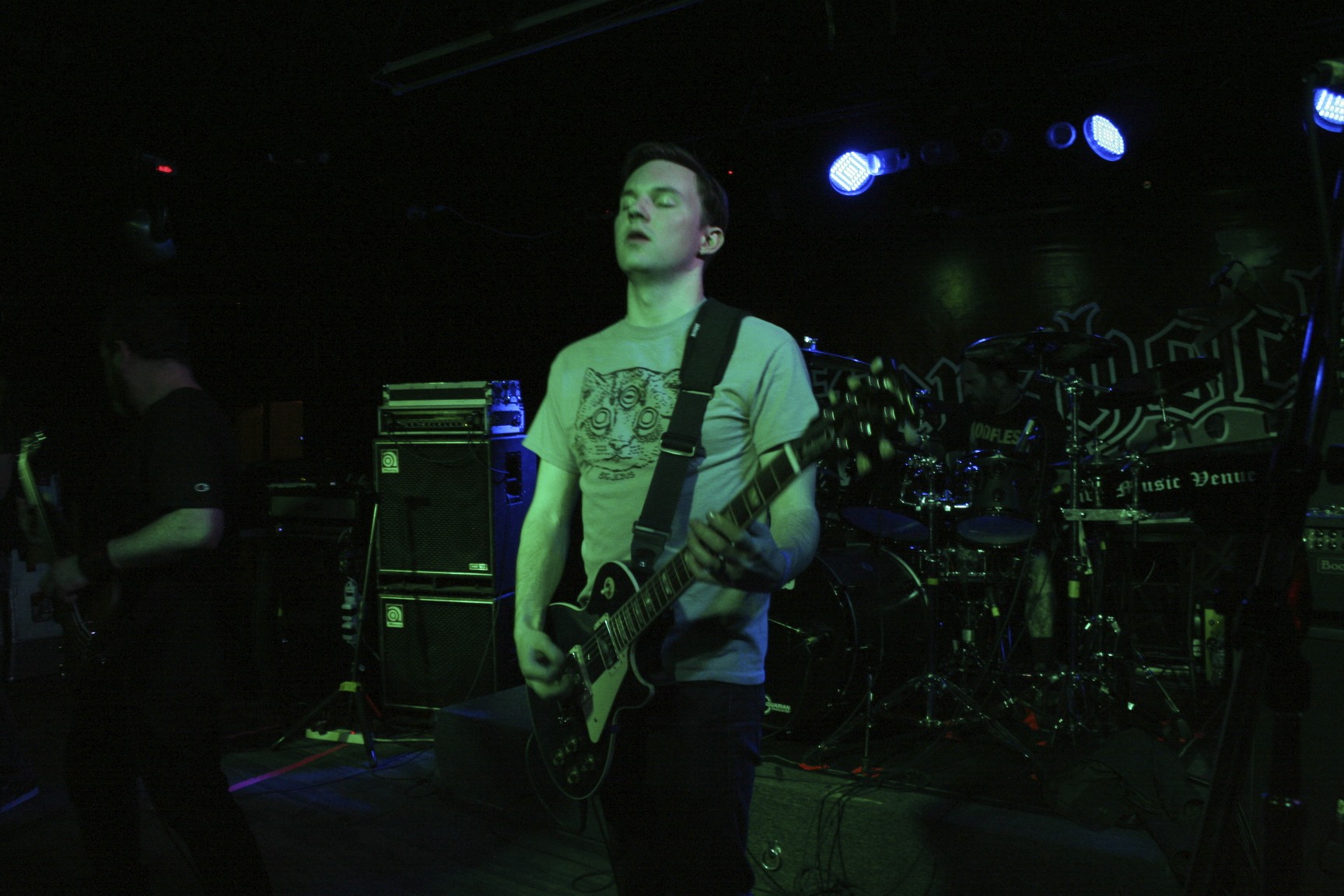 By David RodriguezSeptember 29, 2020 No Comments

Cloudkicker never left, but still returns more invigorated than ever with a portrayal of life stranded in place. Solitude is like lightning unbottled and left to its own devices.

‘This album was written and produced between mid-March and the end of June of 2020 around the time the world was paused.’

So says the Bandcamp description assumedly written by Ben Sharp, the brain behind the instrumental progressive music project, Cloudkicker. I truly do believe that this year has seen a marked shift in music, both in how it’s been presented and delivered to us, and in the mood and execution. So many plans didn’t come to fruition, so many things didn’t happen because of our need – our duty – to isolate for safety and health. There’s been a special kind of frustration and energy that I’ve noticed in a lot of 2020’s offerings – Cloudkicker‘s latest is just the most recent example, but it achieved this in more of a roundabout and articulate fashion.

I’ve followed the project for a while. I was immersed in Subsume in 2013, the Live with Intronaut album in 2014 with… well, Intronaut, and a couple other releases here and there. I’ve primarily known Sharp’s performances to be metal-based for sure, but more on the lighter, flaxen side of things – not necessarily upbeat, but explorative and atmospheric. These are all qualities we’ve… lacked this year; not in music, but in life. Having to quarantine for as long as we have has taken tolls on a lot of us in more ways than we may yet realize.

That’s why we have art, right? As an outlet. What we’ve done with our time and energy varies, but for Cloudkicker, the answer is Solitude, an album that reflects our times, yet also in retrospect shows how much of the past we may have taken for granted. The elevator pitch of this album for me is ‘movement, directed outward until exhaustion.’ It’s not enough to just capture the heavy entropy of metal music and drive it forward – forward to what? What’s the end goal? If you could go anywhere unrestricted right now with no fear, where would you go? Solitude‘s answer to that is, seemingly, everywhere possible.

Where I’ve found a lot of previous Cloudkicker to be ethereal and high-flying – you know, music worthy of the project’s name – this record is a bit more terrestrial. Songs like “Banqiao” will surely have you gliding across an endless ocean with its fabulous post-rock tease of a midsection, whereas something like “Code Language” may evoke some jutting, mountainous terrain as treacherous as it is rewarding. It’s a tactile feeling, able to make you sense veiny roots of countless plants beneath you feet, or feel the wind jostle you lightly about as you drown in wilderness.

It’s all very visceral without tapping into that primal fury that metal so often revels, or loses itself, in (and I love it for that). Those fatigued by metal’s recklessness will likely find solace here, as long as they get past “Ludendorffbrücke”, the first and most obviously heavy track, featuring slamming drums and absolutely thick-ass guitar work. Tracks like “What They Do Is Not Art” and “Ashtabula” are more cradling with their metallic tones, but never let you forget the weight they wield. Solitude never feels malevolent or angry, but rather powerful and intrinsic; almost godlike, a knowledge that great ability rests within.

That’s not to say that Cloudkicker has lost its poignant, atmospheric side. There’s a couple interlude-ish tracks like “I wouldn’t if I were you” and the closer “crawl spaces”, the former pushing the grungy post-metal edge in all the way to the hilt, and the latter recentering everything as a palate cleanser of sorts with acoustic accoutrements. It’s kind of like a calm after the storm vibe, where the majority of the album was all about chasing that storm, engulfing us in it in a pursuit to feel anything, pushing onward out of feeling unfulfilled for too long. At every turn, this music is affecting in different ways as you might come to expect from the band, but with prime execution so you feel every fiber of the emotion that was put into it.

More simply, and in one final act of selling the album to you, this is also just some of the best writing I’ve heard in progressive metal in a while. I remember the days of early Animals as Leaders and Scale the Summit when everything felt so new and fresh to me, someone that had fallen out with instrumental-focused music ever since Joe Satriani‘s Strange Beautiful Music in 2002. Maybe, like with my ability to go out and do anything I wanted pre-2020, I took it for granted. I appreciated the beauty in all of that music, but perhaps took it for granted, leaving me to dig harder and deeper now to find gems that scratch the same itch. And maybe, like Solitude, I should be focused more on moving forward and not fixated on the past, no matter how good it was at the time.

Whether intentional or not, Solitude is antithetical to our states of being this year. When we were anchored to our homes for months at a time (for good reason, mind you), our music ran amok. When we craved the interaction and affection that our personal relationships afforded us, our thoughts and feelings stewed, and we either found an outlet or suffered. Maybe we suffered either way, but regardless, albums like this are prescribable in these situations. Solitude may have been an act of desperate expression and communication, and for the rest of us the message is loud and clear, met with empathetic minds who just want validation… and maybe a hug. Plus, the album just fucking rips and that’s priceless in its own way.