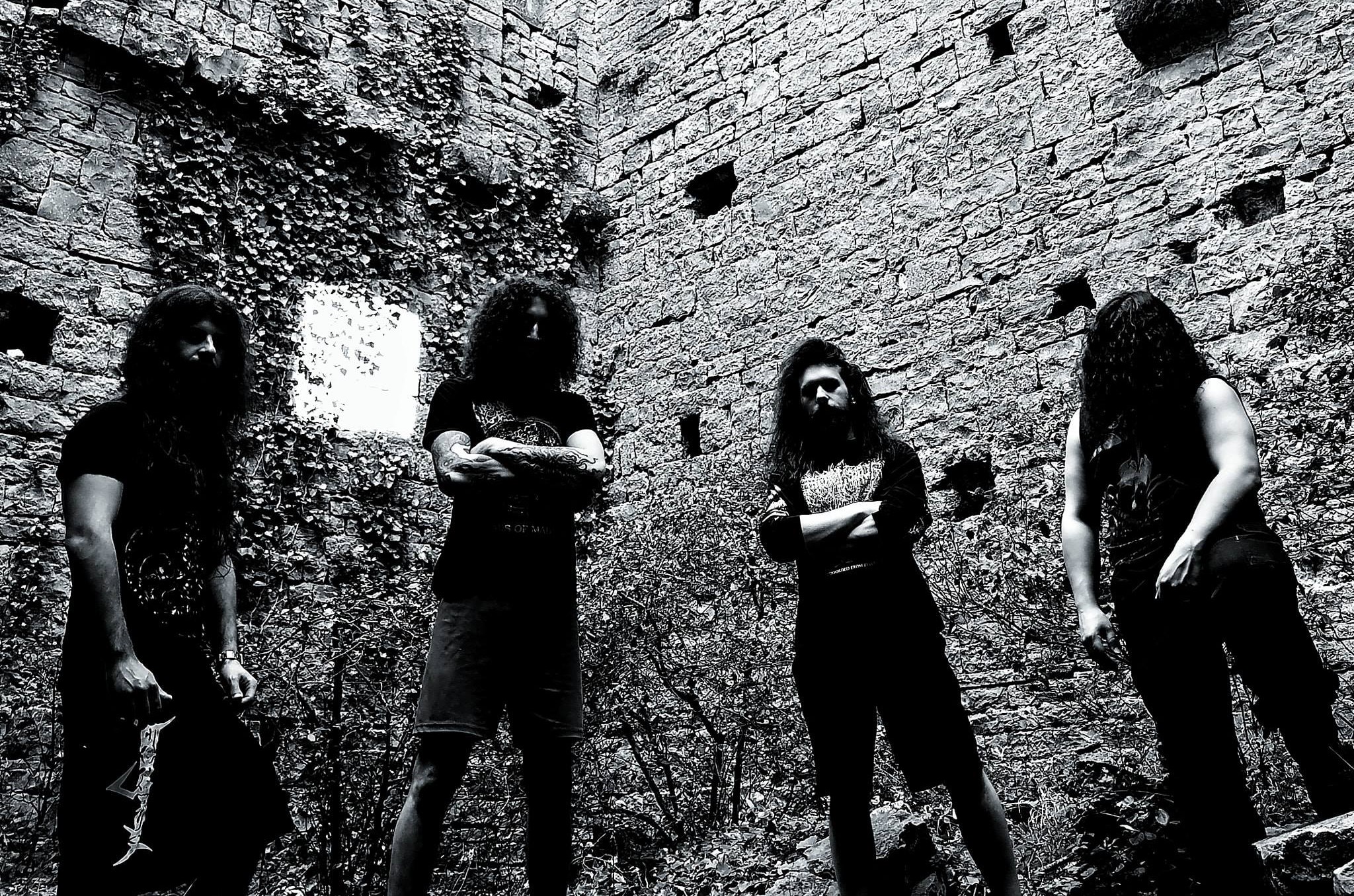 By Jake WaltersNovember 27, 2021 No Comments

Burial set in motion the end of the universe with their dramatic, dynamic, and wholly engrossing take on cosmic doom-tinged death metal.

Let’s get one thing straight, right from the jump: Everlasting Spew is a label that is leaping to the top of the heap of extreme metal labels. They’ve been firing on all cylinders for a while, but things have really kicked into overdrive this year, releasing some of my favorite metal records of 2021. So when I received a notification about a new album coming from them and then saw that cover art, I knew that I was going to be in for something special. A band that uses something like this to visually represent their album has to be either confident or wildly overcompensating. I couldn’t wait to get my hands on this thing.

Burial comes out of the gate(way) with phasers set to kill. That makes a certain amount of sense, though, given the title of this monster. You can’t kick off an album titled Inner Gateways to the Slumbering Equilibrium at the Center of Cosmos with a whimper. “The Curse of the Unbornlike God” begins with some of the finest guitar tones I’ve heard all year, which come accompanied by cavernous, echoing vocals and drums that absolutely thrashed me and were nice and cranked up in the mix. It only took seconds for my hype meter to go off the charts. This was some of the finest death-doom that I’ve heard in a while. Still, I reserved my judgment, as metal in this space (get it?) can often wear out its welcome through imbalance or just ends up being a bit boring by leaning too much on the subgenre tropes.

As I continued traveling through these portals into the cosmos, I was noticing a delightful thematic connection of the concepts around which the album was centered and the way in which the album was constructed. The track “Halls of the Formless Unraveler” is one such example that takes the idea of a narrow point of entry that widens until you feel as if you’ve been set adrift in a vast unknown. It opens with a straightforward passage (a hall, if you will) of riffs and sensible rhythms until the scope widens and the vocals shatter the reality in which you’ve been – then, the calming darkness settles in and the doom sensibilities take hold. A truly fantastic way to compose a song, especially when it’s executed to this level.

Just as in terms of thematic consistency, Inner Gateways… is also a winner in overall album composition. This is a massive-feeling and -sounding cosmic death-doom album that gets its point across in about 43 minutes. In my experience, many bands of this ilk would try to squeeze out more to get that runtime higher, but Burial – much to their credit – didn’t see it that way. From start to finish, this record managed to keep my interest through listen after listen without becoming boring even once. Hats off to this band and their vision for making a genuinely digestible piece of art that beckoned me to stay with it until the end.

The final track, from which the album gets its name, is truly the microcosm of and conclusion to which Burial have been building, song by song, moment by moment. The constantly shifting atmosphere, ranges of intensity, and pure dynamic brilliance make this perfect thesis statement of an album predicated on embracing the unknown horrors of the cosmos. As far as death-doom goes, I can’t think of a single better example of it this year, and maybe even further back than twelve months. I was never bored, hell, never not on the edge of my seat through multiple listens.

Sometimes I look at an album cover and think ‘I wonder if that sounds like it looks?‘; sometimes, that’s simply not the case. In the case of Inner Gateways to the Slumbering Equilibrium at the Center of Cosmos, the visual and auditory experiences are in complete alignment. When I pressed play on this album, I immediately felt as if I was being swallowed whole by a spiraling, endless maw, and while the journey to the unknown depths was harrowing, it was a singular experience unequaled by any album I’ve listened to in a long, long time.