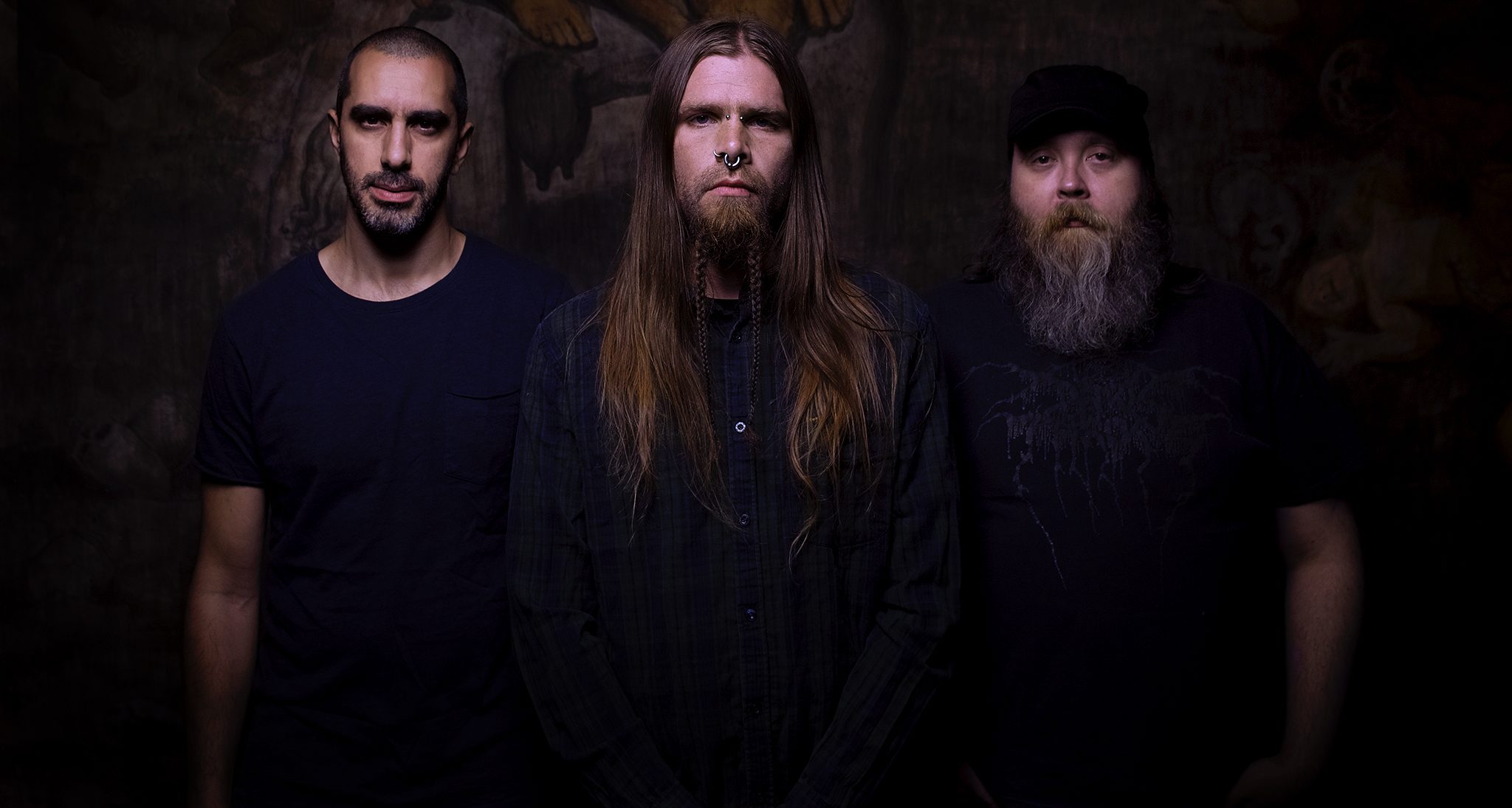 I haven’t smoked weed in close to five years, and yet a part of me still identifies as a stoner. Not that I was ever even a heavy partaker; I’d have the occasional joint, but it was never a daily thing for me. Eventually, I found it was just making me paranoid and anxious, so I gradually quit. Sometimes, the craving tickles me, but for the most part, I’m quite content.

Obviously, stoner doom is usually music for stoners by stoners, but I definitely don’t think you should need to be stoned or even a regular smoker to enjoy it. If a band’s music doesn’t sound good sober, how is a bong going to fix it? And this brings me to Jointhugger.

I had a laugh at the name, of course. It is so stereotypical and excellent, and had me prepared for the haziest, doomiest, most resinous riffs ever. I was expecting Surrounded By Vultures to be one of those albums I, as a no-longer-stoner, wouldn’t really get into – one of the ones that wouldn’t really make sense without a joint in hand. I was to be proven wrong. Very wrong.

There are things about this album that are pot-inspired indulgence, for sure. But there are also so many things that are just great, regardless of your take on recreational cannabis use. For one, it is one of the best-produced stoner doom albums I’ve heard in a long time: thick guitar tones, dense, prominent bass, warm, punchy drums. ‘Psychedelic’ is a word that comes to mind to describe much of the album, but it feels almost lazy to use it – a cop-out, not least because it implies a lack of foresight and creates the idea of long-winded, aimless improvisation (at least to me). When I use that word going forward, think of it more as mystical, cosmic without being tacky, introspective.

In equal measures, Surrounded By Vultures is also chunky, riff-laden goodness. It’s deliriously heavy without sounding forced or like it’s trying too hard. Everything about Jointhugger’s sound is natural, organic, even when it’s bludgeoning and drowned in fuzz. Surrounded By Vultures is one of those albums it seems pointless to try and describe in words – it’s just a lovely listening experience, and should remain as such. The album opener, “In Dire Need Of Fire Ch. 2”, meanders through delay- and reverb-soaked psychedelic scenes, the drums a heartbeat amidst the floating guitars – repetitive, but never boring. Eyes closed, I find myself, stereotypical as it may sound, transported to another dimension, where the haze of fuzzed-out guitars is penetrated occasionally by kaleidoscopic melodies, the heaving bass a skeleton for the pulsing of the drums.

By contrast, “Midnight” kicks from the start, a downer of many forms: down-tuned, down-beat, down-trodden; dreary, but never disappointing. It’s a lopsided waltz reminiscent of the mighty, depressive atmospheres of Crowbar as much as it is of the quirk of The Mars Volta and the relentless attitude of Royal Blood. I am often quite particular when it comes to vocals in metal, and all I’ll say about Jointhugger’s is that they’re not what I expected, and exactly what I didn’t know I’d been hoping for.

While quite a bit of Surrounded By Vultures follows a theme of grim waltzes spiced up by cosmic interludes, I never find myself confusing the songs or getting bored. They’re like siblings – clearly cut from the same cloth, but all with slightly different personalities. I couldn’t pick a favourite track if you forced me to; they’re all excellent in their own ways. I adore the simplicity of “In Dire Need”, the crushing weight of “Midnight”, the almost hopeful chords in amongst the sincere grimness of “Empty Space”, the Psychedelic Porn Crumpets-style riffing of “Delysid Rex”, and the sombre catchiness of “The Calm”. It’s just an incredibly solid release.

Jointhugger set themselves apart from other stoner doom and psychedelic bands time and time again purely through the ease with which they execute their songs and their superior sense of flow and structure. Their excellent songwriting and musicianship is supported by the huge, yet never overbearing production, creating an album that isn’t just musically tight, but also a joy to listen to. I’m looking forward to working my way back through their discography, and I can’t wait to see what little nuggets of delight I might find along the way.