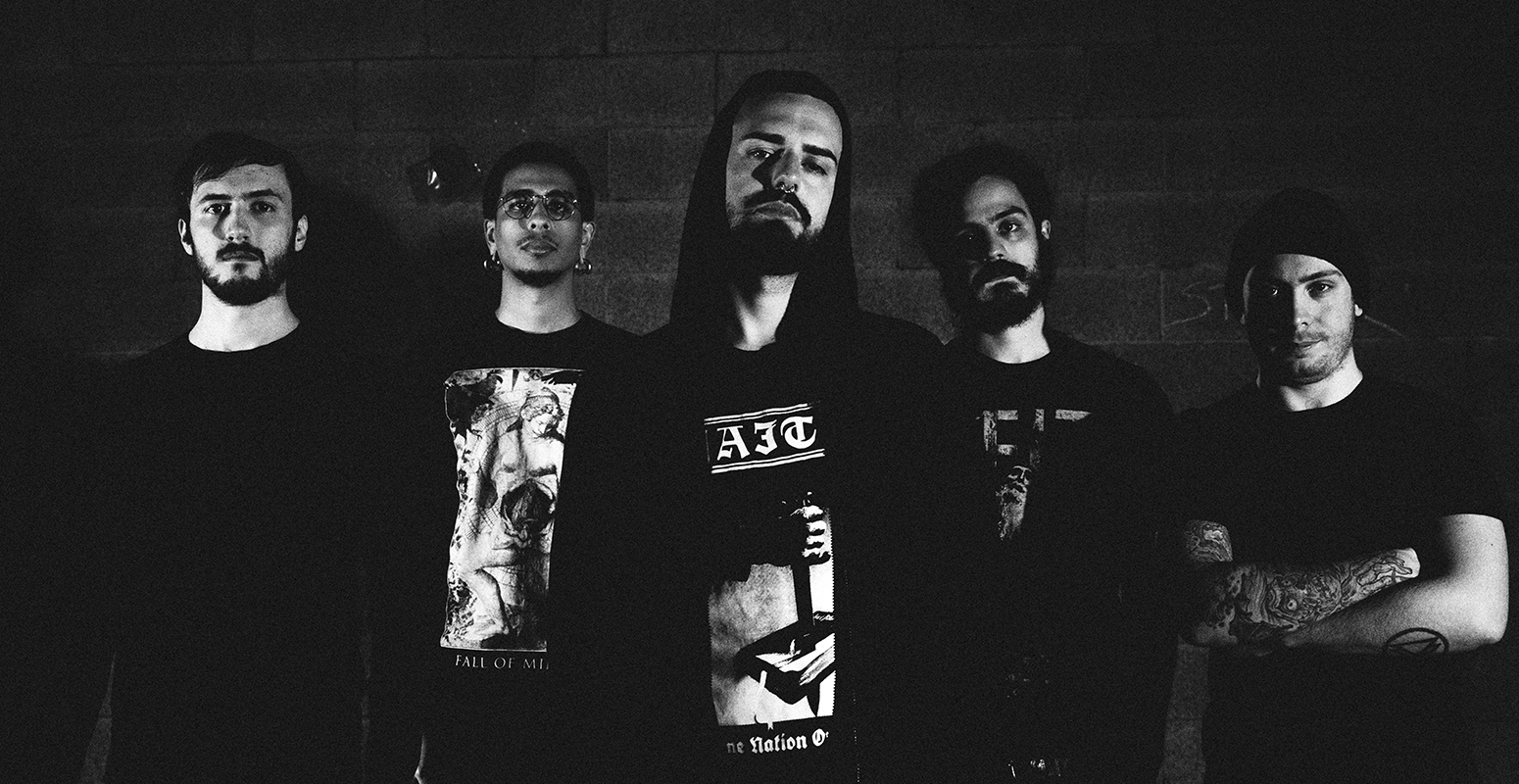 Noise Trail Immersion took a leap into the unknown and now emerges anew on their impressive and pervasive new album Curia.

Progress, evolution, and development – all are but different shades on the same notional structure most bands and artists spend their whole career building, with varying set of tools and results. I’d argue that even if any given model works and yields the desired outcome, apart from the mainstream masses maybe, very few people positioned in the audience wishes to hear the same things done over and over again, year after year, album after another. Change is necessary in order to keep the material and momentum alive, with the idea usually being applied to any singular entity’s output one way or the other, sometimes in more subtle ways, and sometimes, albeit relatively more rarely, in a thoroughly significant fashion.

On Curia, Noise Trail Immersion emphasizes the latter approach, and rather remarkably so, as the band has rediscovered themselves, and in addition, nearly fully reinvented themselves in the process. I, and those of you who have paid attention, knew to expect this ponderous shift in some way, as the band has spoken openly about their desire to shuffle things up earlier on. When I interviewed them for our Weekly Featured Artist feature two years ago, the quintet already indicated that a transformation of a notable degree is imminent, a fact that only garnered further weight after they announced their signing with Italy’s I, Voidhanger Records – a label most known for their work with artists on the avant-garde end of the spectrum. The band has, certainly, embraced this ideal since their formation and on their first few releases; uniting elements from mathcore and black metal in their output – a combination that seems to surface quite seldom – Noise Trail Immersion has had a unique voice since day one.

So, if they already have a singular appearance, why the need to renovate it? The answer, I think, is pretty simple; to nurture their own artistic integrity and vision with no compromise, daring to take a plunge into the unknown, and to prove they have the guts to only abide to their own volitions, without contemplating or fearing the outcome in the slightest. The kicker here is, that Curia falls perfectly in line with their earlier doings, even though it’s an entirety of its own, and quite unnerving and dismal as such. The familiar black metal hues have taken hold of the atmosphere to a new extent, but still without fully ditching the angular, convoluted mathyness. You can detect hues of the latter throughout, but everything feels exceedingly more thought-out and heartfelt. And mind you, that’s coming from someone who absolutely adores the band’s earlier doings as well.

The nearly six-minute intro track “Riesistere I” is built around reverberating bell hits and classical-esque, partly melodic and partly discordant guitarwork performed by the recurring guest musician Gabriele Papagni, painting an entirely new and fresh picture about Noise Trail Immersion as an entity right from the gates. The mood is gripping and engaging, as elongated tom hits seep in from out of nowhere, seamlessly transitioning to “Demiurgo del non ritorno”, pulling the listener instantaneously down to the cacophonous whirlwind of scattered rhythms and dissonant riffage, that feels both familiar and novel, strongly underlining their newfound motif. The vocalist Fabio Rapetti’s vocals, ranging from brawny commanding howls to eerie cleans and discerning shrieks, are a sight to behold – and a proper ear candy as such – and dominate the majority of the album while still allowing the instrumentation to breathe properly. While I’ve found his vocal range and style pleasing earlier as well, this time they’ve reclaimed their deserved position in the forefront, being stronger than ever, and I simply love them.

While their instrument department has equally been a source of delight for me previously, this time the overall flow and prowess have reached a height of their own. Good examples of this would be the highly detailed precision work on “Dimorare nella carne” or the restrained but vibrant “Coercizione”, both of which showcase some of the best individual sections found on Curia. But even though similar remarks could be made from probably all of the tracks, Curia‘s strongest form can only be understood as an entirety, as the aural narrative running past an hour is nothing short of a stellar experience. In addition to the intro track, we have “Riesistere II” offering a sense of haunting calm amidst all the pummeling and “Riesistere III” as a similar epilogue, with all the others in between pacing the overall tone and mood of the album perfectly.

It’s clear that Curia was designed to be consumed as a one grand body of work, but what’s also pleasurable is that should you not have the time to indulge with all of it, you can also take in a portion here and another one there, without having the distinctive songs losing their significance in the slightest. The length, being far from an issue for me personally, is still something that could be seen as an issue of sorts, solely because of the fact that the album is a bona fide monolith that does require your undivided attention at all times. But the aforementioned angle comes to play here as well, as you don’t need all of it to be able to enjoy it. Once you eventually realise everything else is in vain and can just drop off all other chores and pastimes in order to just listen to this album, you’ll stumble upon a candid catharsis.

Achieving this particular catharsis is something that Noise Trail Immersion has been pursuing for the entirety of their career, and I’d argue they’ve at long last managed to tap into the source of their ambitions, pouring their hearts and souls to one spiritual gestalt without filters. Do I miss some of the more abrasive out of the box chaos and unrelenting sonic assault the band thrived with previously? I do, yes. Does this mean the album is missing something? Absolutely not. This is simply evolution in progress. Besides, if we were to split hairs, the seemingly absent angles are still there, in songs like “Vanente” and “Demiurgo del non ritorno” for an example, but they’re viewed through a wildly altered lenses when compared to Womb and Symbology of Shelter. Still, I understand perfectly the possible vexation caused by this particular shift, it just doesn’t irk me to the lengths where it’d diminish Curia‘s value. It’s just one of those things, different tastes and such.

Contriving a verdict is somewhat difficult, since Curia is first and foremost a pneumatic and devotional experience. It’s equally torturous as it is tortuous, and that’s where the beauty of it all lies – right in the middle of beckoning celestial choirs and devouring profound vortices. Noise Trail Immersion set out to explore the path of renewal, and arrived to their destination with unforeseen riches and affluence, avoiding pretty much all of the pitfalls where so many others have tripped and broken their ankles on, along the way. Plainly put, Curia is an astonishing, coevally elevating and crushing, arousing, and satisfying creation from a band who have only begun to realise their potential.