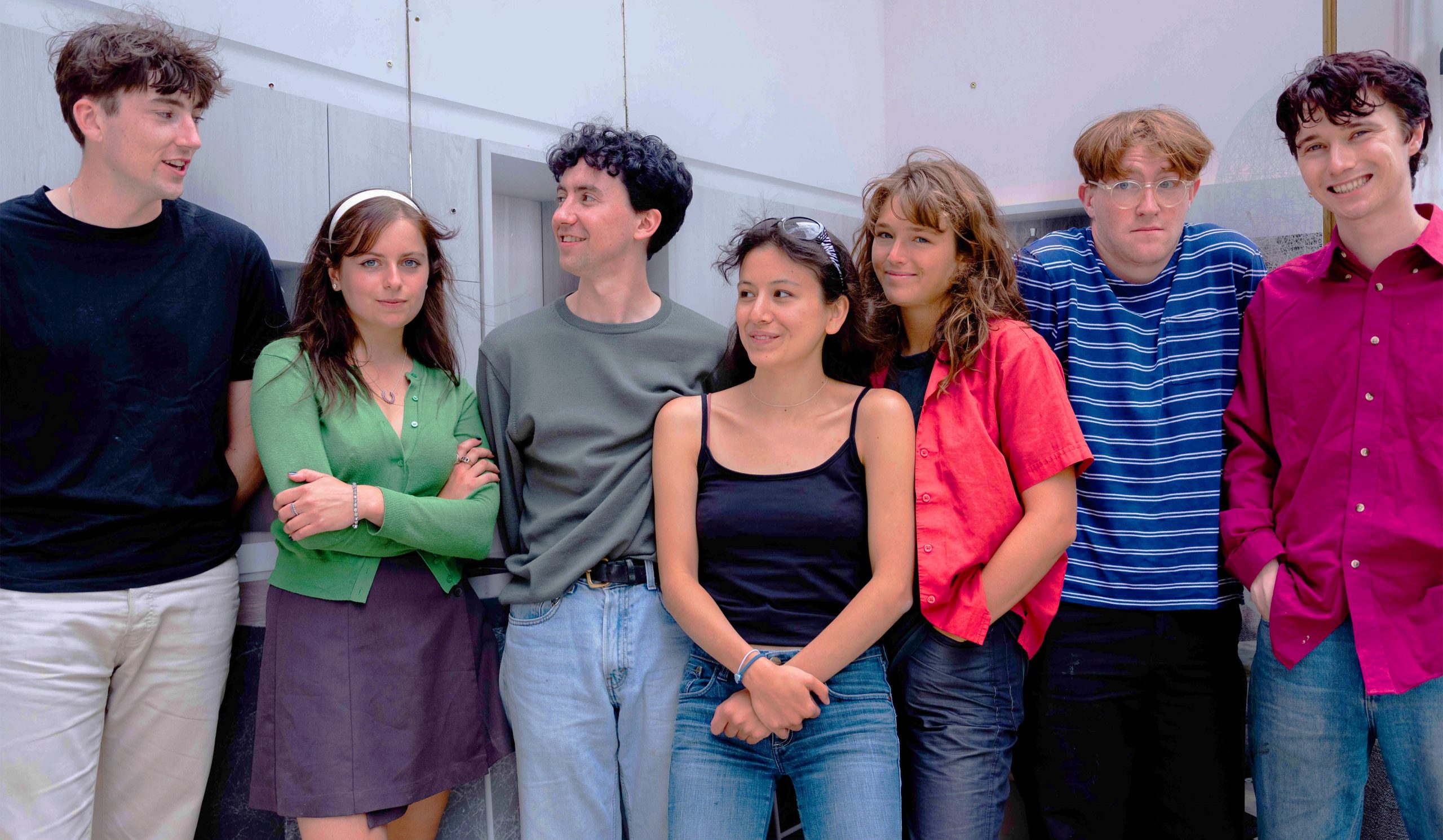 Now that we have passed the first several weeks into the ‘new’ year, we are already well getting bombarded with plenty of new music releases, and it’s incredibly overwhelming. No matter where you look genre-wise, you’re surely bound to find some gems that will stick with you for the rest of the year and beyond. Saddle up, as you’re about to read about one of those special gems.

For the first time is one of those records I just spun, without any inkling of what London’s Black Country, New Road are all about. This is one group where you shouldn’t spend time researching the band right away; let the music do all the talking and then you can look into what they’re all about from thereon. I heard the name of this group thrown around a few times and figured I’d give the record a listen; you never know what pleasant surprise may land in your lap. The opening track alone was enough to fully convince me that this group was something special. Although it is just an instrumental track, the opener tells you all that you need to know about BCNR. If that first song doesn’t make you feel anything or entice you enough to check out For the first time, you need to get those ears of yours checked out.

As I already mentioned, from the moment I listened to that first track upon deciding to check out this new BCNR record, I was so captivated by the raw energy that it expressed. I couldn’t help but be fully immersed in the chaotic and undeniably pleasant yet unpredictable nature of this arrangement. That mysteriously comforting melody that repeats through the length of this track is your guiding light as the rest of the song is falling apart around you in the best of ways. When I first finished this opening track, I felt as if I was reading a suspenseful novel and “Instrumental” was like a chapter that ended on a massive cliffhanger, so I absolutely had to continue on to find out what happens next. It was so addicting that I needed more of whatever it was my ears had just experienced.

For me, the opening track set the bar incredibly high for the rest of the record. It built an undeniable amount of momentum that neither the following song, “Athens, France”, nor any other track (for the most part) was able to match that same type of energy throughout its entirety, with the exception of “Opus”. In the transition from the first track to the next, you can really feel that drastic shift, that change of pace. It is like being in a car while the driver suddenly slams on their brakes, very much to your surprise. Based on that first song alone, my expectations were very high – I was left craving that exuberant sound. Fortunately, BCNR have plenty of tricks up their sleeve throughout the rest of the record, so fret not; your expectations will not be left unmet.

There are plenty of unpredictable moments on For the First time where things get wild, such as the outro to “Science Fair” for example. That type of vivacious and bombastic energy is what I suddenly craved after making it through album opener “Instrumental”. Those intense, lively moments in which the violin and saxophones come in, all cleverly playing off of one another’s rhythms and melodies in an unpredictable and discordant manner, were what made this album so enjoyable. For the first time would’ve been even more enjoyable than it already is had BCNR indulged a little bit more in those tumultuous moments, since they are what makes the group stand out from other, similar post-punk/art rock groups out there today.

Throughout the record, you’ll hear post-punk/art rock in the vein of Slint and IDLES with wacky jazz embellishments that make the music all the more invigorating. There is a seamless ebb and flow between those two styles throughout the record, and it gives you plenty of room to breathe when all jazz-hell isn’t breaking loose around you. Although the opening track will leave you wanting more of that vivacious energy, the rest of the music is varied and spectacular enough that it never gets stale.

It is evident that BCNR really knows how to build and release tension. Tracks like “Science Fair” and “Sunglasses” start off very mellow with soft guitar chords and smooth percussion accompanied by brooding vocals. As these songs progress, though, the band slowly comes in to add more flavor, often dropping in for a massive crescendo towards the end. The atmosphere created during those more luscious and relaxed passages, as heard on “Track X”, is incredibly beautiful, the bouncing saxophone and violin leading you through this absolute dream of a song. Even when BCNR aren’t going balls to the wall with their dissonant jazzy mayhem, they really know how to create some serene soundscapes that you could drown in.

The band definitely get full use out of the saxophone and violin; they aren’t just a one-time thing like many bands do nowadays. Rather, they fully incorporate those instruments and make them a living, breathing entity their music wouldn’t be the same without. In addition to the traditional band set-up with guitar, bass, and percussion, those two instruments allow BCNR to create much more vibrant and peaceful soundscapes, as well as absolutely mental and chaotic moments when they arise. The inclusion of and masterful performances on these instruments all throughout the record are what sets this group apart from their counterparts, as there is a surprise waiting around every corner. BCNR is truly something special and they know it.

Despite it being their debut album, For the first time sounds as if it was created by a veteran band with many records under their belts. As if they haven’t already, Black Country, New Road have made a name for themselves with this truly special piece of music. Given how effortlessly this group blends experimental and art-rock with post-punk and jazz, I cannot keep myself away from this record for long – its fully unhinged musical tendencies keeps me crawling back for more. This record is one that is going to keep me occupied for quite a long time, and I cannot express how eager I am to hear what this band cooks up next.