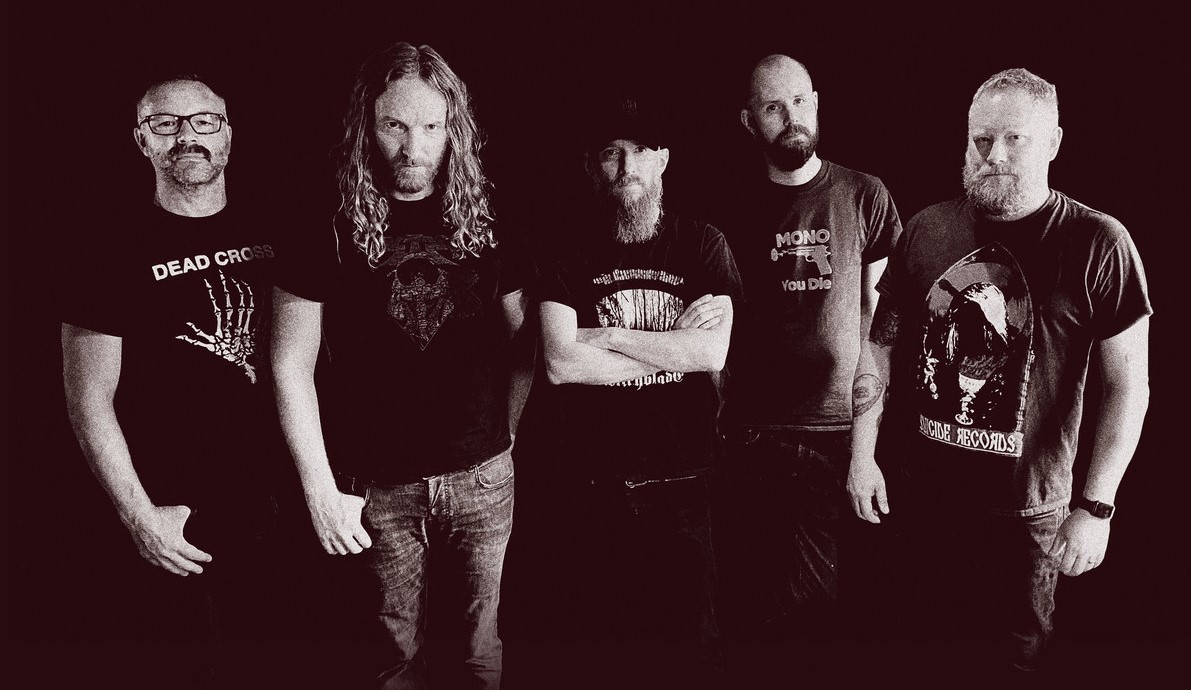 By Vidur PaliwalMarch 4, 2021 No Comments

Veterans from the Swedish metal community come together as Grand Cadaver to deliver a dose of nostalgia in the pure, traditional Swedish death metal music via Madness Comes.

Sweden is a country that is popularly known for meatballs and the cheap yet reliable furniture brand. Even when it comes to music, most people will probably mention Abba, but nothing more. But ask any metalhead, and you will find a reverence for the bands that have originated from the region. From the doom metal cult of Candlemass to the death metal hordes of Bathory, the country has consistently produced some of the best music in the genre. So when a bunch of veterans from the Swedish scene united under the moniker of Grand Cadaver, one could be sure their compositions would be worth their weight, which one gets with their debut EP, Madness Comes.

Grand Cadaver‘s stellar line-up definitely raises expectations. The quintet consists of ex-Katatonia drummer Daniel Liljekvist, ex-Transport League bassist Christian Jansson, ex-Expulsion guitarist Stefan Lagergren, joined by Let Them Hang‘s guitarist Alex Stjernfeldt, and vocalist Mikael Stanne of Dark Tranquillity. But over the years, I have learned to reserve my expectations of such ‘supergroups’ because most of them result in a hotchpotch of ideas, which are unique but rarely survive in the listener’s memory beyond the first few listens. Luckily, Grand Cadaver do not seem to be in the mood to take the revolutionary road. They instead prefer to sound like a bunch of friends jamming to their heart’s content, playing their own style of old-school death metal, a sound that many of them have played a role in establishing in the past.

I usually do not delve into a track-by-track breakdown, but with Madness Comes being a short 13-minute fest, it makes sense to look at the four tracks individually. The first half of the album gallops out of the shed with the title track “Madness Comes” that lives up to the promised old-school Swedish mayhem from start to finish. It is hard not to remember the likes of the ’90s Entombed when the riffs kick in. “Staff of the Oppressor” takes the guitar riff of the opener and slows it down, but as one is starting to get into a relaxed groove, it assaults one’s senses once again. The two tracks do not offer much in terms of dynamic variation across them, but one must enjoy them for what they are – two fun songs that capture the nostalgic, traditional Swedish death metal sound.

The latter two songs of Madness Comes are probably the more memorable and showcase the potential songwriting skill of Grand Cadaver. “Blood-filled Skies” offers a death/thrash metal mix that feels like an amalgamation of American influences such as Slayer and Possessed, with just a hint of Swedish death ‘n’ roll of the likes of Merciless. Coupled with a well-done vintage production that gives the songs just enough rawness and dirt, without losing discernibility, as showcased on the intricate pauses on the romping closer “Fields of the Undying”. The song is a groovy monster and ends the EP on a high note, almost leaving me wanting more.

With a run-time of just over 13 minutes, Madness Comes is a short burst of energy on a lazy day. The veterans of the Swedish death metal community in Grand Cadaver do not explore any new territories on this EP. Instead, they have chosen to unleash a small dose of enjoyable, if not memorable songs, that take one back to more fun-filled days. There are moments on Madness Comes that stick too close to the formula, but given how the last year has panned, it’s hard to be displeased at a bunch of friends having fun.