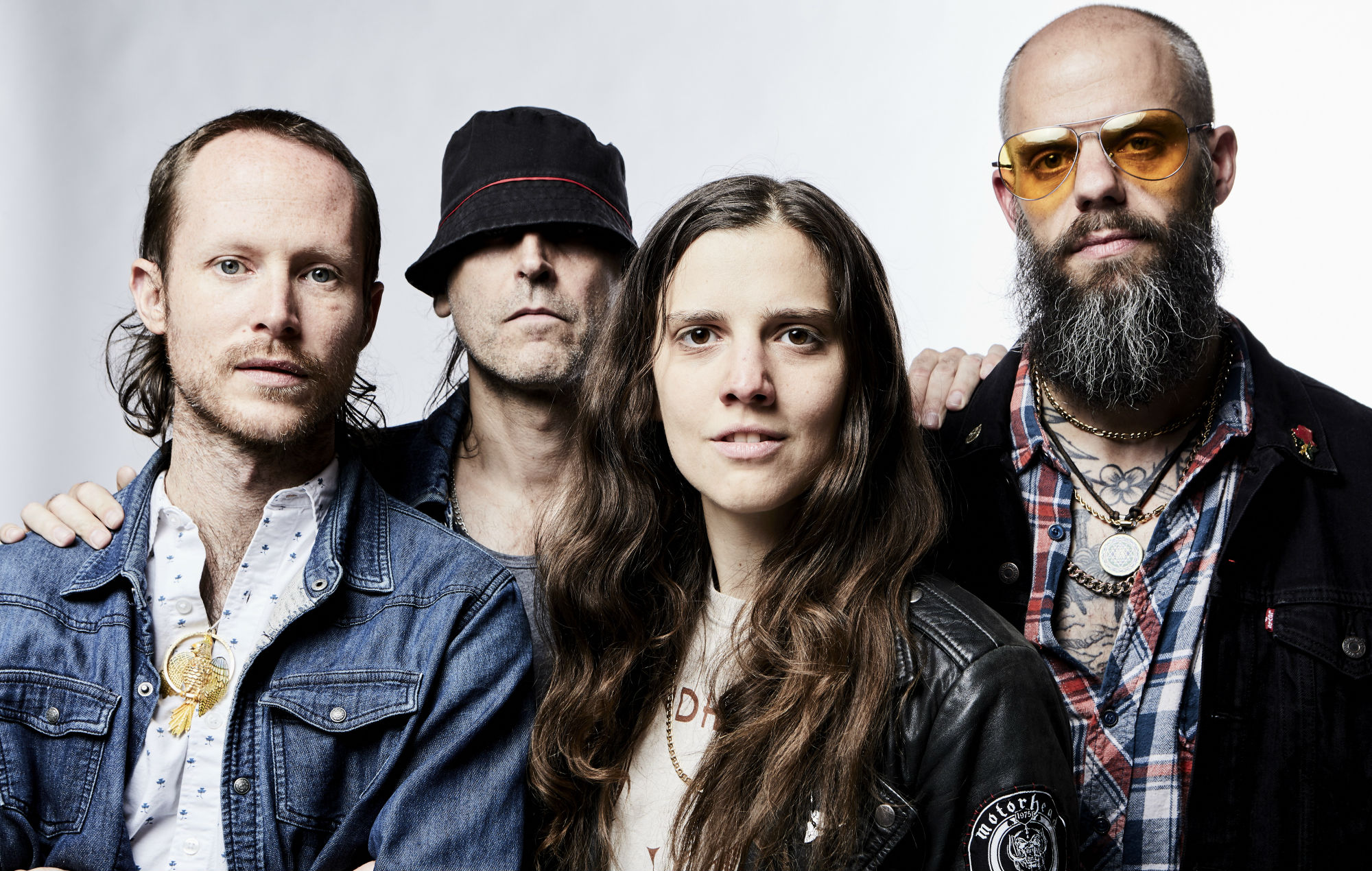 It’s possible that you know what an M18 Claymore is: a clever and devastating type of land mine that shoots a directional payload of steel balls. In a darkly humorous but important move, each Claymore mine comes with a warning on the business end that reads ‘Front Toward Enemy’. Baroness begin their new album Gold & Grey in the same manner. It’s an explosive opener that features what I expected from this band: John Baizley’s wailing vocals, rumbling riffs, and those oh-so-glorious harmonies. However, as the refrain ‘We’re headed for disaster’ soars above the gorgeous cacophony and gives way to the thicker atmosphere and soothing textures, I realize that this band is doing something different. It’s a fitting evolution to their formula. It’s also a stark departure from their early Blue days.

There is simply no hiding the fact that Baroness have been shifting their trajectory over the last few records and to varying degrees of success. Perhaps the creative vision of the band has changed intentionally or the shifts in the lineup have brought in new sounds and ideas. Whatever the reason, I get the feeling that we are witnessing something special. When I listened to the lead singles of the record – most notably “Throw Me An Anchor” and “Seasons” – I was impressed but not really surprised by how they sounded, aside from the odd production choices on the former. Purple was a record that I found that I liked, but never really connected with too strongly. It lacked the hooks to pull me in and keep me engaged for more than a few listens. These new songs reminded me, more or less, of that and I expected my feelings for the rest of the record would be the same. I couldn’t have been more wrong.

There are a few things that make this album standout aside from the music. With nearly four years since the release of Purple, this is the largest gap between albums in the band’s history. Also, in terms of scope, this is one of the largest projects that the band has released, only one track shy of the double album Yellow & Green for a total of 17 songs to digest. They clearly have a lot to say. The opening ‘act’ of the album tends to follow a formula that fans would expect with some of the heavier tracks with that now-classic Baroness recipe intact. By the time we get to the fourth track, you can start to feel the growth and the band leading us into some new territory. The instrumental “Sevens” is a light interlude that reminds me of composer Ben Prunty’s work on the space rogue-like game, FTL: Faster Than Light. “Tourniquet” follows and begins with acoustic guitar and Beatles-esque melodies and harmonies that fade as the tempo picks up and the intensity is ever-so-slightly ramped up.

One of the hallmarks of Gold & Grey lies is how the songs relate to one another. It’s often that certain songs will have their own smaller introductory composition that clears the canvas for the song that follows. In the case of “Throw Me An Anchor,” the effect seems intentionally opposite. “Anchor’s Lament” is just shy of two minutes with piano, strings, and ambiance that precedes the chaotic violence that begins thereafter. The production choice on “Throw Me An Anchor” still isn’t my favorite: it seems unnecessarily unrefined and flat. The song itself, however, is alive and crackling with energy and even though it’s not quite the middle of the record, it’s a nice bump in energy that helps reinvigorate the listening experience. It’s tough to imagine that the approach of nearly every song being paired up with an intro track actually works, but it deepens the impact of the record considerably in my opinion.

“Blankets Of Ash” is a rumbling introduction to both “ Emmet – Radiating Light” and “Cold-Blooded Angels” and this is no doubt my favorite segment of Gold & Grey. It’s also the least aggressive. If we know anything about Baroness, it’s that they’re charmed in the sense that they can do whatever they set their mind to very well and they have produced some genuinely moving and captivating art here. These songs are subtle and engaging in a way that no other song from any previous album has gripped me. Again, a testament that good songwriting supersedes nearly everything else. There’s simply no substitute.

‘Cold-blooded angels
Stop staring at the sky
We all paid a terrible price
When we learned to fly’.

To be blunt, I didn’t anticipate the feelings that I have for this album. Baroness have been a band that I have enjoyed, but never fully connected with in the past. Perhaps my musical journey has coalesced with theirs and our trajectories now overlap. Perhaps I’ve been wrong for years. Regardless of reasons, Gold & Grey has lodged itself into my consciousness in a way that few albums have in a while. Aside from my minor qualms about the production choices, this album nails every aspect of what I want from this, or any band. The lyrics are substantial, the atmosphere is consistent but retains a dynamic impact, and the harmonies (good heavens, the harmonies are glorious) and the cover art is gorgeous. It’s a complete package that is one of the few genuine journeys that a band has taken me on this year. Whether or not this moment in the history of Baroness is fleeting or the new normal, it’s a moment that should be recognized as their greatest.