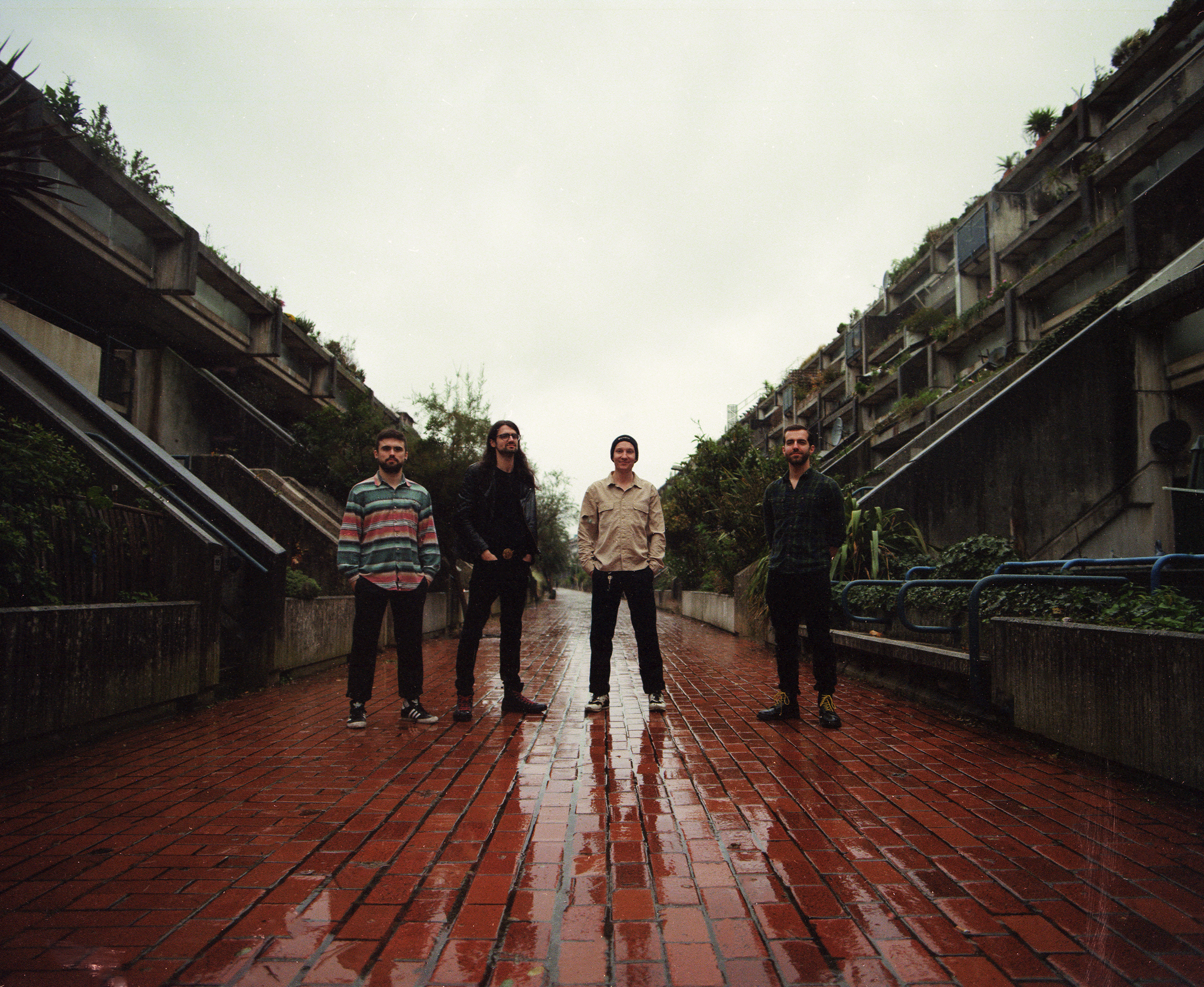 Despite the wild name, Asian Death Crustacean‘s debut record Baikal is more than worthy of your time, contrasting calming post-rock with earth-shattering progressive doom for one of the year’s most exciting metal albums.

You might’ve laughed in the same way I did when I saw the name Asian Death Crustacean floating on our review list. As I chuckled and threw on their first single “Baikal II”, that laughter soon turned into sheer awe, as Asian Death Crustacean clutched me in their salty claws and sent me on a seven-minute journey to the very limits of modern experimental metal. Soon, I was gorging myself of the progressive doom delights of Baikal obsessively, which at time of writing is easily my album of the year. The feeling I’m sure many of you know, but I fucking yearn for this record, so much that I feel compulsively drawn to it each time I scroll through my music library; the album a perfect soundtrack to every moment of my waking life.

Asian Death Crustacean is a hybrid of many genres, dosing you with calming, tranquil post-rock that mixes in flourishes of prog rock and jazz. This is purely an illusion, for what lies beyond is a catastrophic and quite brilliant blend of some of the key tropes of post-metal, doom, sludge and prog metal. You’ll find yourself soaring through clouds before Asian Death Crustacean smashes you back down to earth with mind-shattering riffs which are sure to get the majority of metalheads moving wherever they are. Every breakdown is unique and exciting, every song structure different from its peers, making this forty-five-minute journey an exhilarating ride.

Asian Death Crustacean formed in London six years ago, with the four members fusing the remnants of a jazz fusion and a blackened death band together to create the monster that has been unleashed before us. The name? No special meaning, I was hoping for a Peter Parker backstory too, but nothing of the sort can be found on the internet as of the date of writing. What is special though, is that the record is instrumental. I can’t remember when an instrumental record gripped me in such a way, nor made me groove down in my kitchen in such a way as Baikal does. The constantly shifting guitar tones take your mind on journeys through the cosmos, with you often making up your own stories and interpretations as to what the music means to you as you traverse its rich depths.

It is quite fitting that the band also mixed, mastered, and recorded the album with Fascination Street Studios, who also worked on The Ocean‘s Pelagial, another album thematically linked with the depths of bodies of water. Baikal is named after the deepest freshwater lake in the world, with the band’s concept simultaneously taking you to the bottom of the lake, whilst also challenging the idea between the conflict of the multiple psyches, themes that both work brilliantly with the record. As you’d expect from engineers who have mixed the likes of Opeth, Between The Buried And Me, and Ne Oblivcaris, the production is top draw. The instruments get plenty of room in the mix, yet combined created a stifling, thick atmosphere that grips the listener, be they listening on speakers or headphones. Yet the build-ups to these crushing climaxes aren’t the only special attribute; Asian Death Crustacean can neuter the swelling chaos in an instant, creating brilliant silences that quieten the mind and leave you in awe at what you just experienced.

One of the band’s core objectives when recording, was to ensure they weren’t using Axe-FX for their tones, so the album sounds incredibly natural. It also allows them to subtly increase the aggression during a climax until you realise the riptide you were caught in is now a full-on whirlpool of thundering riffs. This is especially obvious in Baikal‘s opening track “Baikal I”. The track begins with a soothing introduction that breaks out into dystopian-sounding post-rock, which over time slowly gets heavier with blackened drums teased to the listener. As mentioned earlier, the band switch quickly, dropping a lot of that atmosphere and taking us to near silence, before building back up the post-metal in a very Russian Circles‘ way to a feedback-laced crescendo. Then it hits. Asian Death Crustacean starts throwing planets at each other across the recording studio, gradually amplifying the hits until you feel like you’re in the middle of an asteroid shower.

By the time the storm of that first track has blessed your day, Baikal is already forging on, with a seamless transition from one movement to the next. The first single “Baikal II” reminds me greatly of artists like Cloudkicker, mixed in with some of the early 2010s  instrumental progressive metal acts like Chimp Spanner and Plini. The whimsical lighter guitars improve the mood, yet as you’ll come to expect through the record, they simply put you in a false sense of security before Asian Death Crustacean tear the world asunder around you with two punishing breakdown sections. It ends with a gruelling doom section which acts as a great counter-weight to the fluffier guitars and shattering prog metal riffs, again reinforcing what I mentioned about unique song structures – each sound wildly different.

Picking a favourite track from the six on offer is tough work, yet “Baikal III” probably just nicks it for me. This track ticks all my boxes. Not only does it take you to another place, it collapses reality around you, allowing you to imagine the creation and destruction of life in eight brilliant minutes. This is arguably the most metal song on the album and again benefits greatly from Asian Death Crustacean‘s insane ability to continuously get heavier, with six minutes dedicated to the band growing their crescendo into a tidal wave. In this track, the drums, which are fucking fantastic throughout the record, really shine. Countless moments of stick wizardry occur throughout the record, with the drums also setting off some of the biggest drops in the song. After three or four listens, you’ll certainly be air-drumming along to everything.

As you traverse the final three tracks on the album, you’ll get a greater sense of the band’s jazz influences, with the intricate and mind-melting guitar and synthesizers calming you down in “Baikal IV”, ready for some more domination in the quick-firing fifth song. The sixth also returns to this placid state, allowing the magnitude of the grandiose metal tracks to really shine.

This intelligent and exciting approach to songwriting is what makes Baikal so astounding, so fresh in the modern age. With the post-metal / doom genre getting quickly saturated with acts, it is important for new bands to shine, not only with outlandish names, but genre blends that can grab the jaws of the musical spectrum and drop them to the floor. I feel Asian Death Crustacean has certainly achieved this, presenting song structures that keep you guessing and grooving at every turn. For me, this is one of the next evolutions in modern metal, and I hope others can take inspiration from this magnificent album.