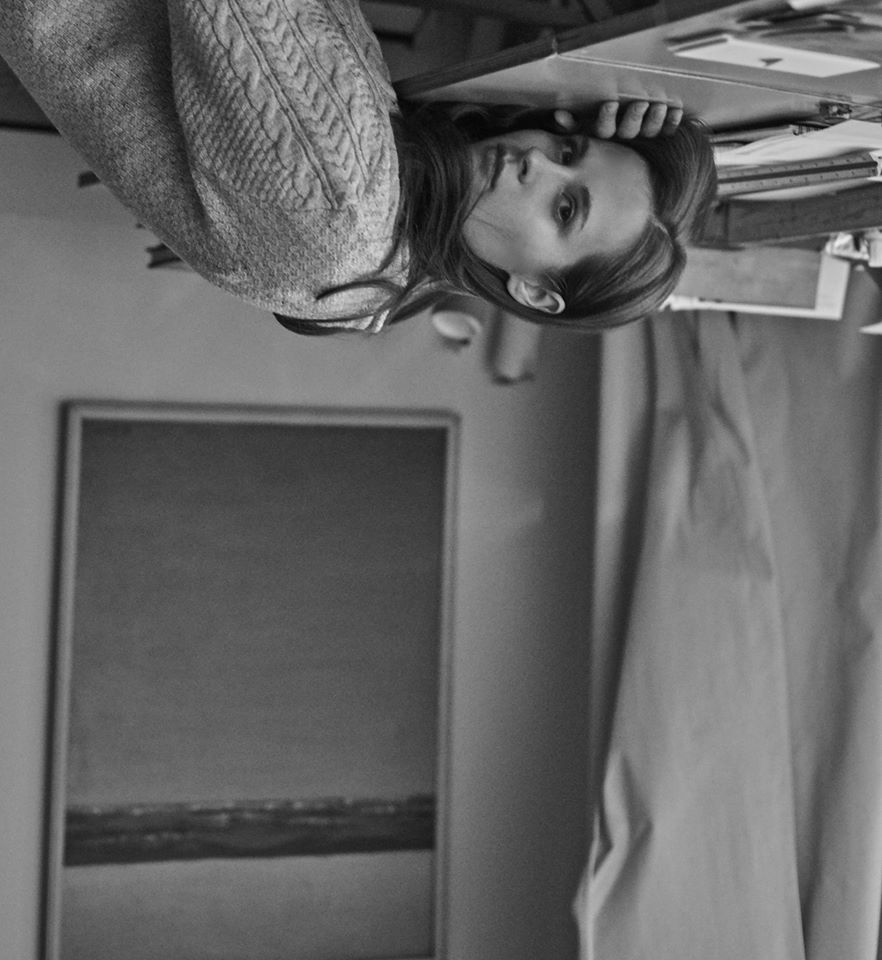 A sonically soothing experience, Hania Rani’s new album features two sides: a minimalistic one full of modern classical music, and one that is more song-driven while also featuring some ambient vocals.

Just one year after the release of her great record Esja (which I also reviewed), Polish composer, pianist, and now also singer Hania Rani already drew up a new record called Home. It’s wonderful to see how creative and productive composers are these days, and let me tell you right away: Hania Rani took the next big step in her career!

It’s a special feeling that occurs when a record starts with a song called “Leaving”. Indeed, ‘song’ is the correct term for the opening track of Home, as Rani is, in fact, singing now. It takes some time until the song builds up and creates a structure, but once the vocals and piano intertwine, it creates an ethereal, hypnotizing vibe thanks to the repetitive patterns.

“Buka” starts with a staccato on the piano and a very Philip Glass-esque vibe. The timbre of Rani’s piano is very mechanic, and captures the very organic sound of her tapping fingers as well. This makes “Buka” sound like a hypnotizing clockwork. It could be seen as an homage to Glass’s “Glassworks”, with its depth perception and multiple piano layers. Rani seems to draw a lot of influence from minimal music. I don’t want to stretch this out, but “Letter To Glass” also has this same musical message, and could be interpreted as a real homage to the master of minimal music himself. Tracks like “Buka” are close to the neo-classical style she already approached on her Esja record.

Fun fact: There is a song called “Glass” on her Esja record, and it has a very similar musical vibe!

Although the music can be seen as minimal, there’s nothing minimal about the impact and feeling that emanates from a track like “Buka”. Its repeating melodies are simple, but they create a huge momentum and feel so relaxing, inspiring, and dedicated. Needless to say that tracks like these are made for your concentration/meditation playlists – a truly profitable situation for modern composers. There’s only one criticism I have in mind: if Rani would’ve used some synthesizers on “Buka”, it could have been even more mesmerizing – see Nils Frahm’s music for reference. On “Summer”, you will find some soft synths, which fit in very well with the musical context.

Rani shows her knowledge of classical music with Debussy-like arabesque elements on “Nest”, proving that there’s a real feeling for good music on her creative mind. The title track comes with a groovy beat, bass line, and a proper song shape. There’s even something like a refrain, and this makes “Home” so, so different from the previous songs on this record. “Home” has a slightly jazzy undertone, which is supported by the brushed drums that serve the harmonic background provided by piano and bass guitar. One can also spot warm-sounding synthesizers within this song, adding some melancholic vibes.

These vibes keep coming on “Zero Hour”. It starts with a dancy beat and could have easily evolved into a summer hit. But then there are melancholic chords layered underneath, and the pulsating beat becomes more pressing while Rani’s acoustic soundscaping creates tension. “Zero Hour” too creates a jazzy beat, and sounds incredibly picturesque with its many facets. “Tennen” and “F Major” deliver ethereal ambiances that could be compared to Sigur Rós; especially “Tennen” carries this incredible suspense in its sound. Minimalistic pieces such as “Rurka” feel equally special. The harmonic changes within the smooth modulations make this minimal music feel incredibly soothing.

The music draws back to the album’s main title “Home” on the last track, where Rani once again sings about its central topic. “Come Back Home” starts with a familiar jazzy feeling, based on the use of double bass, electronic keyboards, and her soft voice. Once more she exclaims that ‘it feels like home‘, which almost creates a sense of nostalgia within the context of this album. The drums come in and make “Come Back Home” a driven, but deeply melancholic experience, which truly feels like the credits to a sad movie that left you with a little tear in the corner of your eye.

There are many modern minimal musicians doing their thing in 2020, but you could definitely name Hania Rani in the same sentence as Nils Frahm, Ludovico Einaudi, or Max Richter. All things considered, she’s even able to step away from such comparisions, simply due to the use of her voice. Home is a bipolar listening experience; while one side of the record is full of neo-classical music and piano patterns, the second side is written around her vocals. In short, this is another good record from one of the most exciting Polish musicians in recent memory.