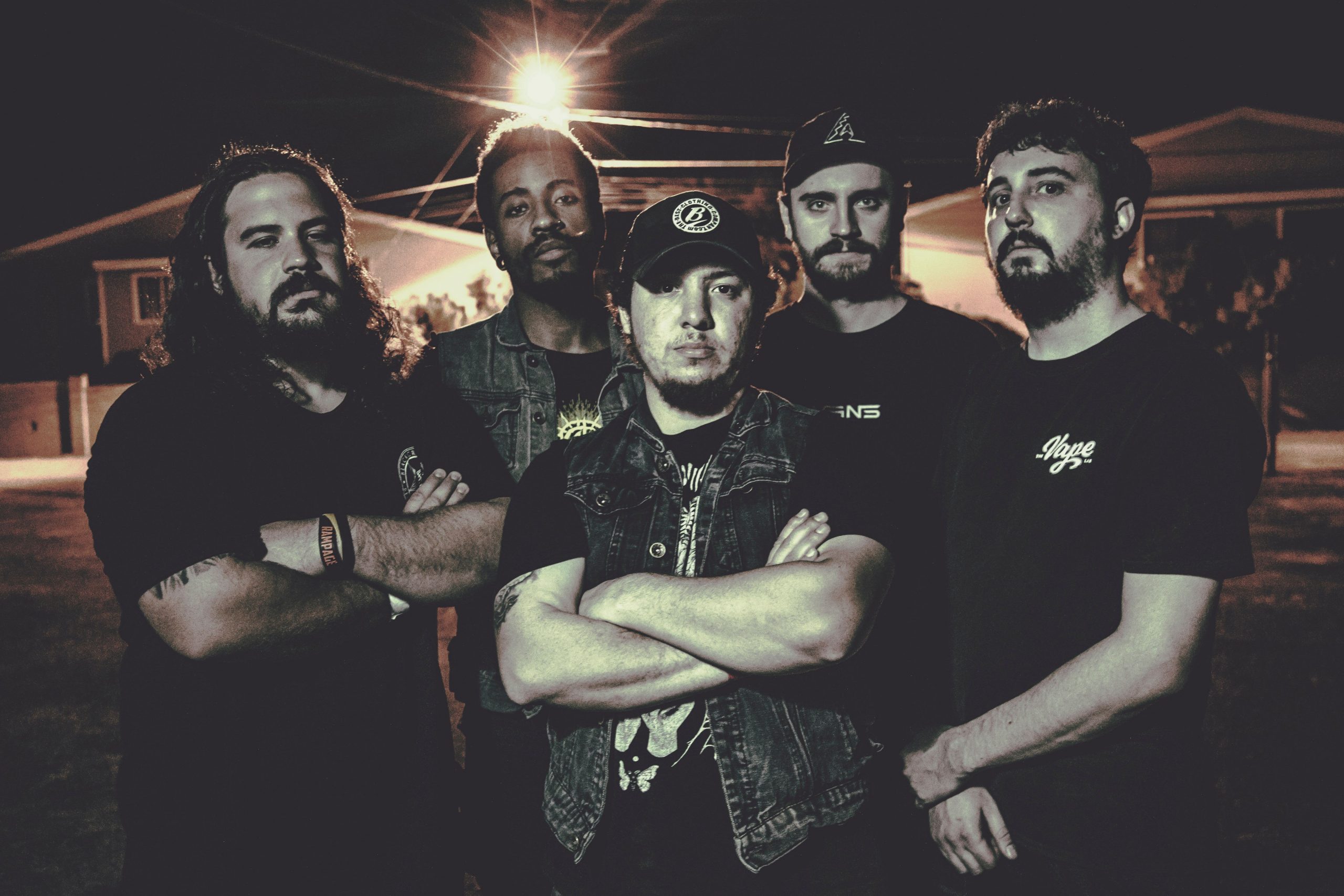 Metal subgenres, like political movements, schools of philosophy, or conspiracy theories, tend to poke and prod at the public consciousness long before they are given a sacred name. Consider Slugdge, everyone’s favorite mollusk-oriented blackened death metal collective. Gastropods and humans alike have feasted on the group’s slime-covered oeuvre since the early 2010s, and with seminal masterwork Esoteric Malacology turning three years old recently, the time is ripe to consider the following question: When are we going to start treating invertebrate metal with the proper respect it deserves?

Dead World Reclamation, a technical melodic death metal outfit from Tempe, Arizona, might argue that the time is near. The group, who could perhaps save us a few keystrokes by adopting the genre tag I’ve noted above, release their sophomore record, Aura of Iniquity, April 23.

Fresh-off-the-press single “Arachnocratic Assemblage” is a choice morsel off the upcoming LP, which the band describe as a concept album. The track chronicles the misfortunes of a group of travelers who have trespassed into a dark land ruled by colossal spiders (think Shelob, but bigger). The intrepid listener who dares venture forth shall be greeted warmly by a monstrous lower end, subtle orchestration, crushing harshes, tornadic guitar leads, and delicious riff after delicious riff.

Interested parties, whether ardent arachnophobes or arthropod apologists, will find much to delight in this new track. Whether the rest of the album solidifies invertebrate metal as a category of renown remains to be seen, but trust that Dead World Reclamation will bring even more riffs when the full record drops next month.

To stay up to date with Dead World Reclamation‘s musical endeavors (spider-related or otherwise), check them out on Bandcamp. Keep up with the group on their social media platforms as well by giving them a like on Facebook, Twitter, and Instagram.