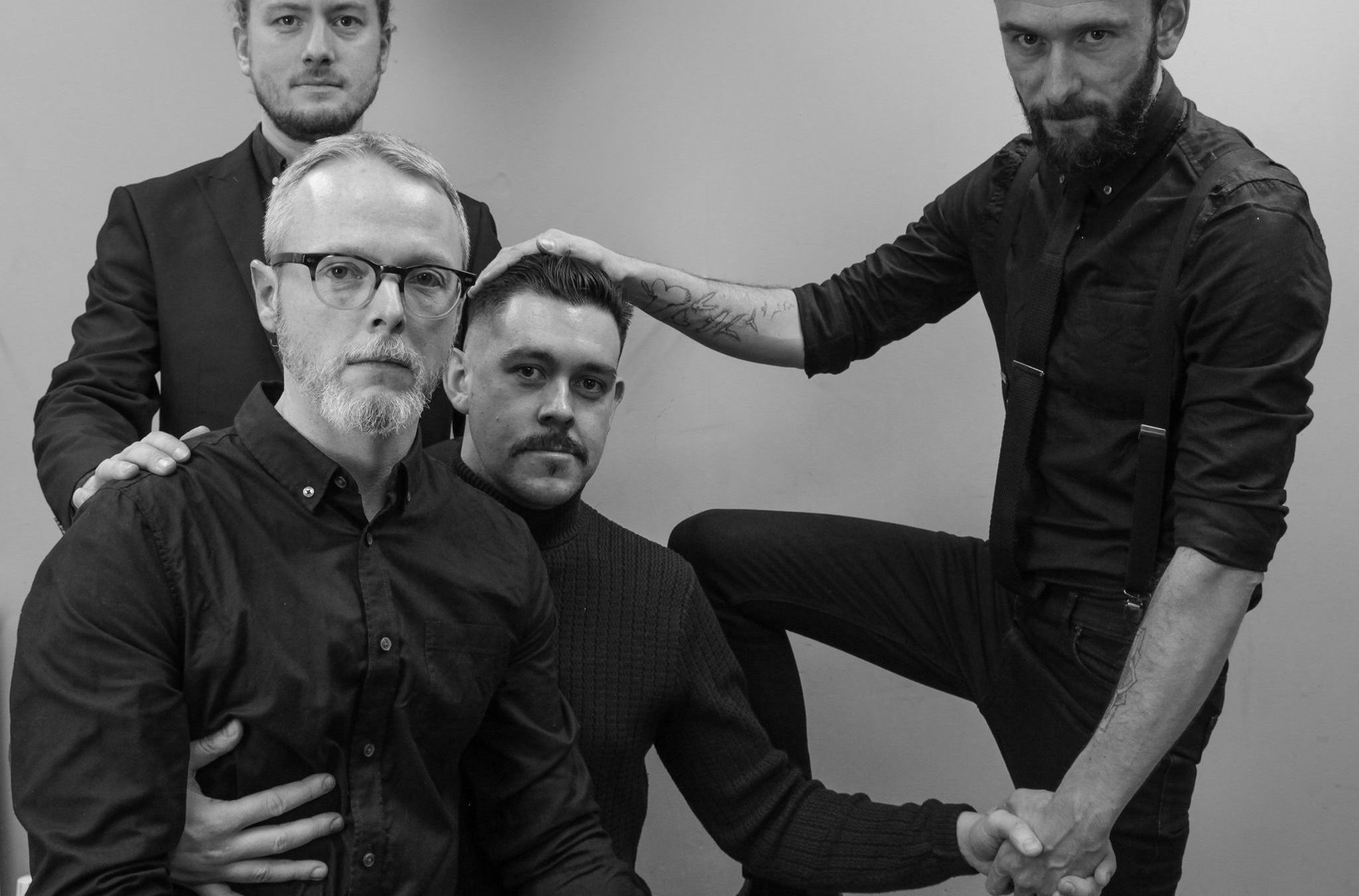 By David RodriguezMarch 8, 2021 No Comments

Poly-Math don’t reinvent themselves so much as they show true prowess in being adaptable and more exploratory than ever before.

Poly-Math was an instrumental progressive math rock band. ‘David, why the past tense? They’re still a band, are they not?‘ Well, yeah, I was going to explain why before you interrupted. Anyway, yes, I’m being a little dramatic because, frankly, I’m still shocked at the sonic shift they’ve made from their old material to this new album. Of course, it’s not like the quartet are a Spanish mariachi band now or anything, though at this point in time I feel like anything’s possible, yet I am still surprised.

Poly-Math came into my life with their 2018 album House of Wisdom | We Are the Devil. I loved it a lot for its energy, downright hallucinogenic structures and melodies, and the long-form exploration of it all. It was easily one of the best progressive rock albums I heard that year. I would have loved to hear more – a step forward into new territory that puts the ‘prog’ in progression. What we have here instead with The Cadaver Tomb Pt. 1 is less of a step forward and more of a cartwheel off the beaten path.

Rather than mixing up the formula used to create their music, the group seem to have completely changed up their theory for a new approach that may as well be a whole new band. Sometimes you never know what you need until you get it, like a warm hug or a burrito bigger than your head. While I’m sure I would have enjoyed another venture down the mathy prog rock mine with the Poly pals, it’s what they’ve delivered here that shows their versatility and ability to excite even after eight years of doing this.

Atmosphere is still lord around these parts. Poly-Math‘s penchant for filling space with all manners of noise and sound is very relevant here as they drift more into experimental electronic territory. A quickly ticking clock holds steady behind meditative breathing and ghastly guitar moans that gradually permeate the title track like an air of anxiety punctuated by a surreal spectral handshake. Glitchy pokes of a synth, melodic bass, and (for the first time to my memory) clear-as-day vocals manifest after the clean segue over to “I Will Fall Against You”. Provided by Pete Lambrou (VLMV), the vocals are benign, nonthreatening on the surface, but still challenge everything you know about Poly-Math until now.

By this point – a mere three minutes into The Cadaver Tomb – you know this isn’t the album you were expecting, probably because it’s not what the band expected to write either. Due to lockdowns in their native Brighton, UK, things couldn’t just be as they use to. They couldn’t meet up to write, perform, and painstakingly form songs from ideas or fragments alone. This album was completed entirely remotely under quarantine, using way more synthetic elements than before. A song like “Minitrue” sounds like a minimalist dark synthpop skeleton draped in warped melodies and a foreboding atmosphere. Vocals from Emma Larcombe (For The Love Of Pipes, an actual dark pop project) feel at home, and give the track an intimacy that may have been missing for us all throughout the last year. It’s a song you just wanna bathe in as a result.

Young, naïve me would have appreciated a track like “Iso7” more than anything else on here. It’s more akin to the Poly-Math of the past, summoning atmospheric tones and sounds that travel in and out of the mix before vaguely ominous guitars materialize into the foreground to form eerie patterns like you’d hear in a song like “Cicatriz ESP” by The Mars Volta. Nowadays, older, but no more wiser than before, I actually latch onto a song like “Undone” more. Featuring lovely singing from A Headless Horse‘s Kerry Ramsay, synths tick and prod away in the background with reverb-laced guitars making gentle waves before melting into a post-rock mirage of a finish, corrupted at the tail end to fuse it with the last track as if entering a disruptive portal to a new land.

These are the kinds of stitches the albums shows; evidence of its humble, modular beginnings that were made into one whole with work-from-home production. That’s not a slight against the album either – it feels anthological, like each track is its own insular chapter in a greater story. We traverse across and through realms that were unknown, perhaps still are, but The Cadaver Tomb‘s 32 minutes are well-spent acquainting us with a new Poly-Math that we didn’t – couldn’t – see coming.

Though the band have made the best use of their time in a year that’s tallied up countless missed opportunities and crushed dreams for artists, we’re just getting started. A second part of the album and presumably a continuation of its emergent take on the band’s music that meshes familiarity with uncharted territory will be upon us soon. Study up, stretch, and become more adaptable because, at this point, anything’s possible, and I’m ready to keep being surprised.