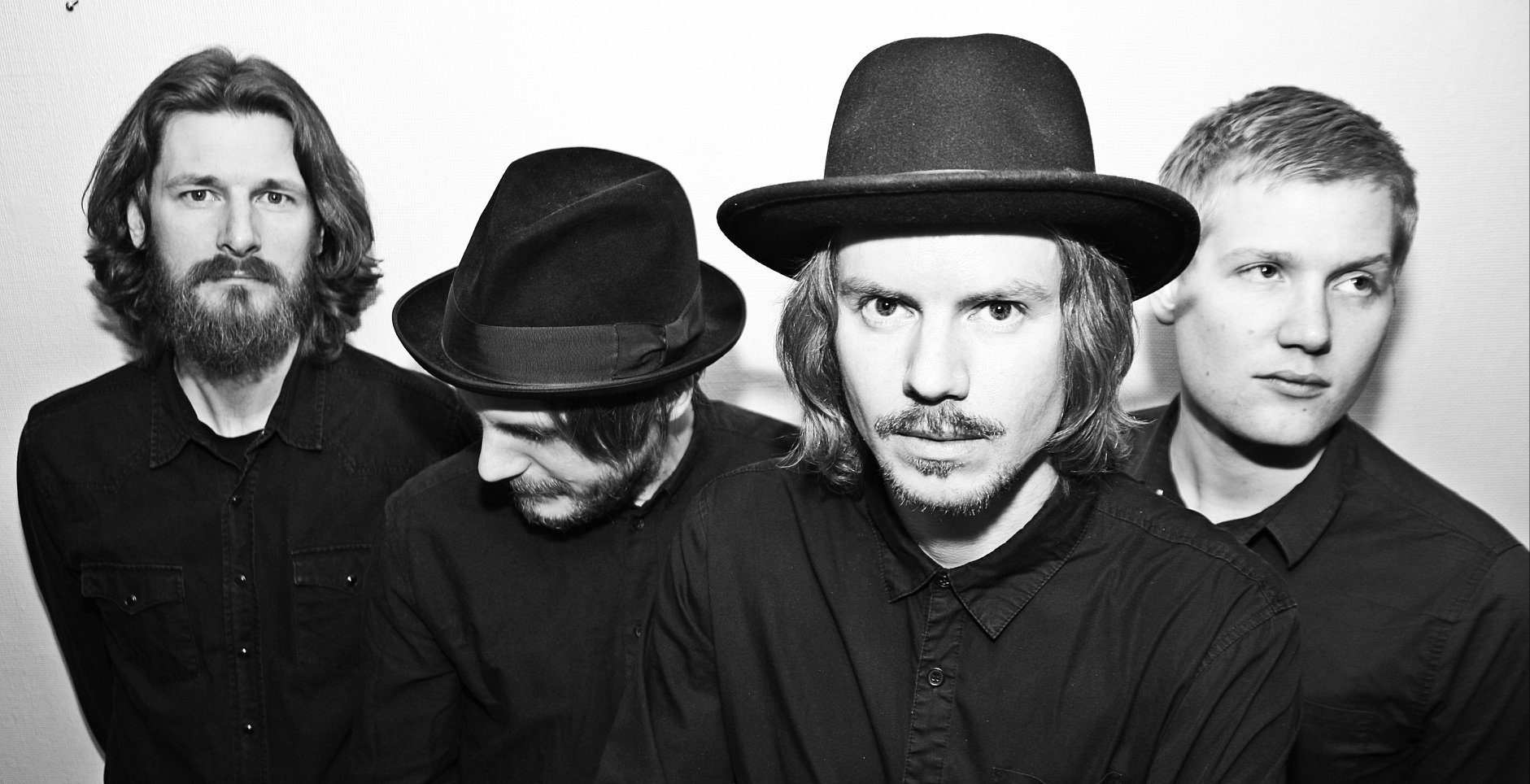 ‘Keep an open mind‘ they said, ‘it’ll be fun‘ they said. And you know what? They were right. Today, and with a dismal twist, that fun takes the form of Mayflower Madame‘s new video for the track “Sacred Core”, which we are happy to premiere together with the band for your weary eyes and soothe-seeking ears to consume.

Mayflower Madame released their second album Prepared For A Nightmare this March, and on it, the psych-noir quartet grabbed the apocalypse by its horns and stuffed some fiery and yearning love down its throat. Uniting tones of post-punk, noise-rock, shoegaze, and psych-rock seamlessly lends the band a characteristic sound that translates from an auditive experience into a visual one without batting an eye. “Sacred Core” is a great example of just that, so kick back and maybe cry a little as the song carries your inner dialogue forward.

To go with the eerie and hazy clip, we also get some insight from its director Astrid Serck, rather exceptionally. You can read her thoughts about the track and the vision behind crafting the video below:

‘To me the song is like an open landscape – it’s grounded, but at the same time moving. I wanted to capture that feeling visually with footage from for example windmill fields and beaches where there’s constant movement, like a rhythm, as opposed to the solid ground. A contrast between motion and stillness. Something to hold on to as well as something loose and vibrating. The core is what you hold onto. The motion is what you can let go. The sunbeams are blinding you, like a sacred light. The ceiling of a church is another symbol for sanctity. The moon is dancing, in disturbing ways, on the screen.

In the video there is also an abandoned house, left with the door open. It ́s a metaphor for the feeling of something that is lost, you can go back there, but only the memories are left. In addition there’s live footage of the band filmed from shows in Oslo and San Diego.’

I echo Serck’s sentiment about the imagery and footage used on the video, and I’m sure those thoughts are tangible for all of you as well. The feeling of having lost something important is familiar to us all, and it’s quite fascinating how well Mayflower Madame are able to capture that within musical confines. Much like life overall, the mood isn’t entirely hopeless or inconsolable; it’s just deeply gripping and frankly, bleak as hell. Still, there is warmth to be found along the way of the grey journey the band is undertaking, and I’d suggest you to follow that path as well. Throw the band a follow on Facebook and Instagram, and re-listen to “Sacred Core” in full context via their Bandcamp, and you’re pretty much all set for that.