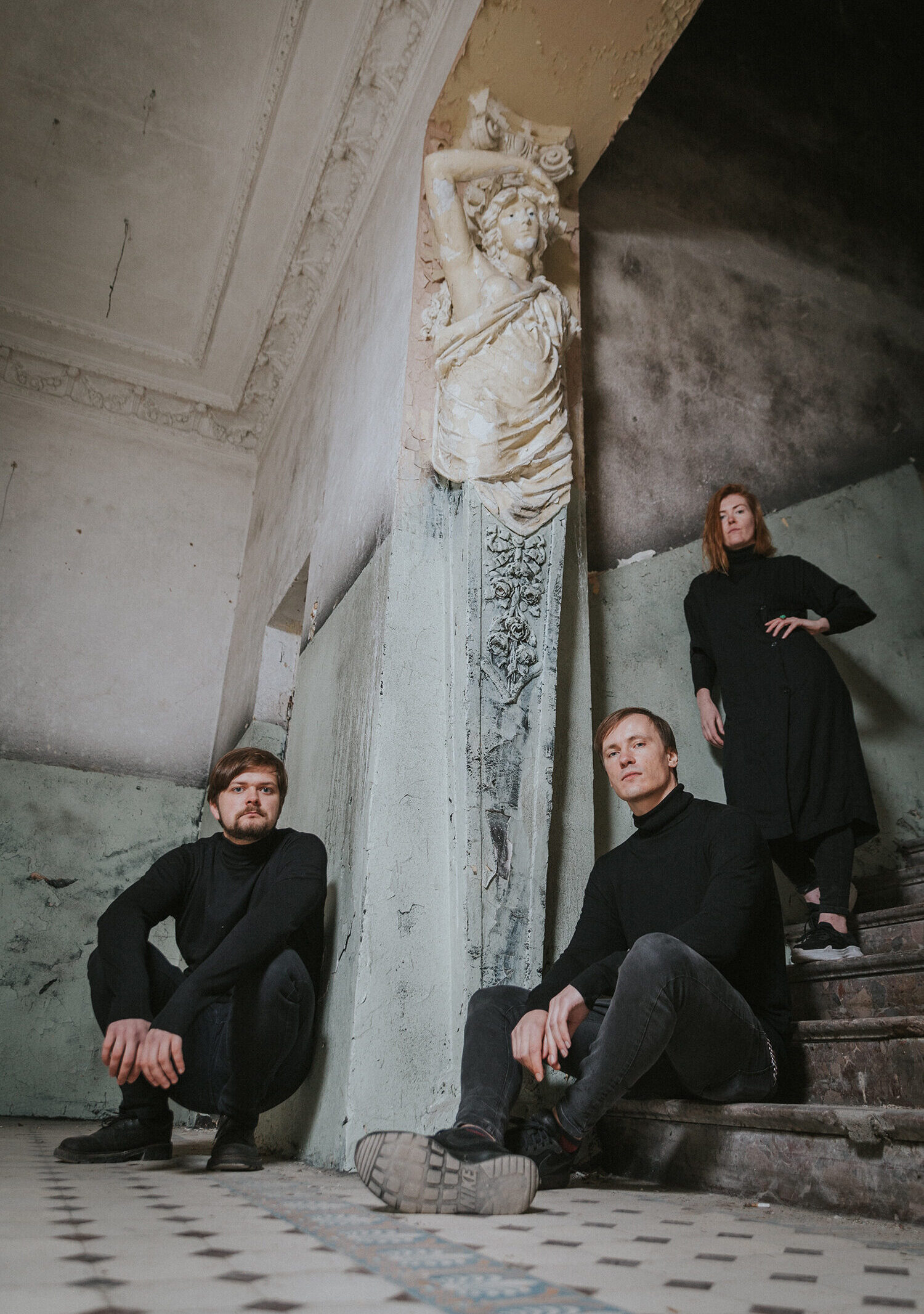 By Landon TurlockMarch 3, 2022 No Comments

Can quiet music be heavy? Pamirt make a strong argument that it can. Utilizing sparse piano, dark ambient textures, and resonant, eerie vocals, the trio create haunting, minimalist songs that are just as intense as many metal records. As such, we are proud to premiere Pamirt‘s single “Bloodletting” and its suitably distressing music video:

Pamirt are a Baltic act composed of Kristiana Karklina (voice, piano), Edvards Percevs (drums) and Edgars Gultnieks (guitar, bass). Their bleak, atmospheric sound developed out of previous involvement with a black metal band. Kristiana started what was intended to be a solo project before bringing Edvards and Edgars into the fold. “Bloodletting” is a release from the 2020 album Mausoleum, which was composed in Berlin over a two-year period. Karklina explains:

‘It was a new experience for me to have the control over all artistic decisions while making this record over a period of almost 2 years. My academic background is in art history so visual arts also play a great role in making of this record. About a month before the world entered the state of global health crisis, we created album art for Mausoleum. We wanted to create a sense of grotesque, lonely celebration, inspired partly by Pushkin’s work “A Feast in Time of Plague” and personal experiences while working in the field of contemporary art.‘

The descriptors of grotesque and loneliness are captured both in the music and accompanying visual of “Bloodletting”, with eerie ambience matched by the isolated, claymated figure in the video. If you like what you hear, you can purchase Mausoleum here, and follow Pamirt on Facebook. A limited second press of Mausoleum of only 100 copies on blood red vinyl is now available via Tartarus Records.