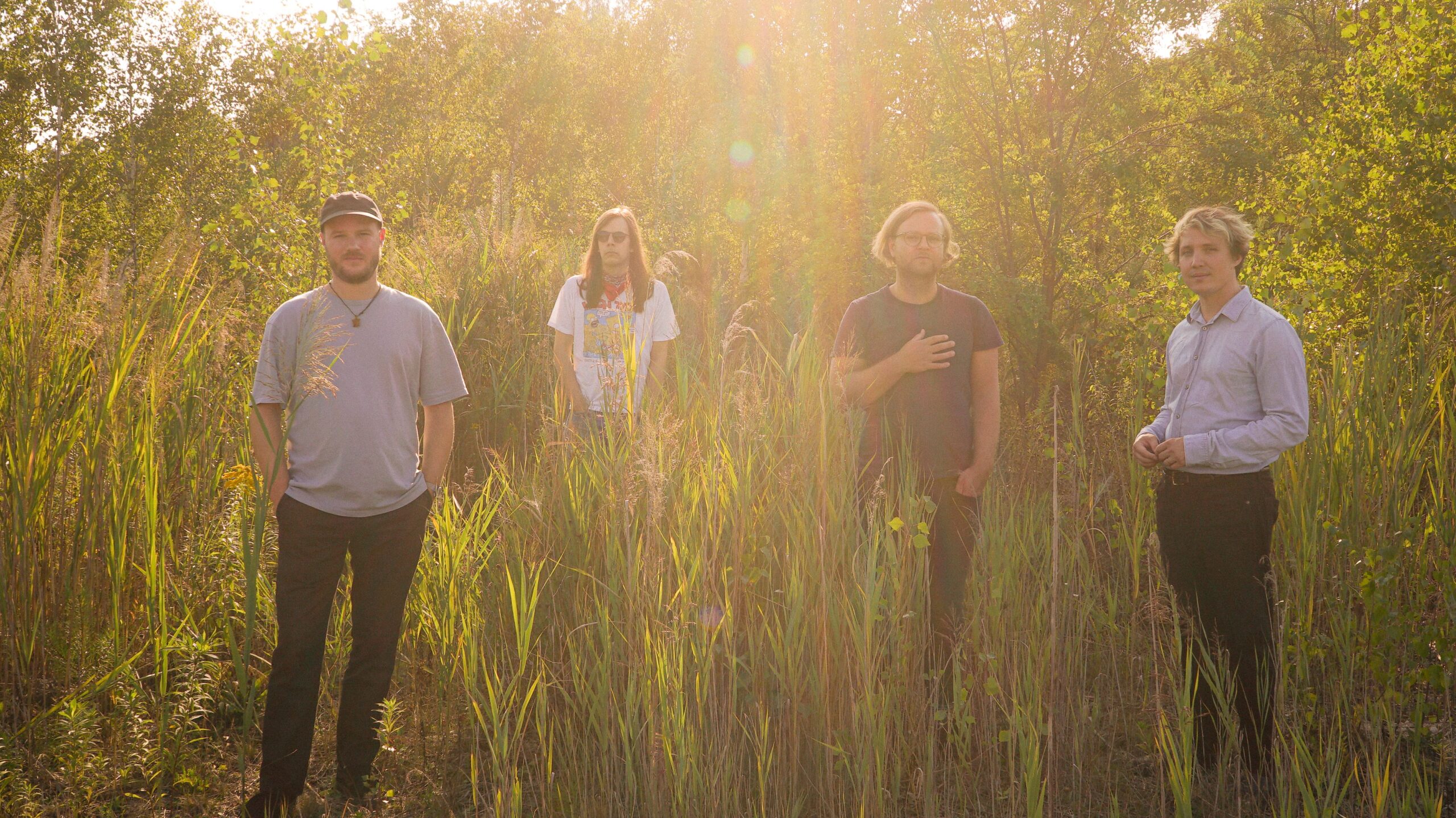 Orbit to the Zenith of Nostalgic Bliss With Havemeyer in “Moonlight” Video!

In a timeline where much complexity is present, as well as uncertainties and plenty of things to feel anxious about in day-to-day living, it’s nice to get any moment to relax. To be graced by the simpler and sometimes overlooked aspects of life that bring us smiles and remind us what living is all about, that’s exactly the sort of energy “Moonlight” swiftly captures. Havemeyer are on their way to making everyone’s playlist to soundtrack the next spring season with their upcoming debut, Slacker, to be released through Berlin-based Crazysane Records. But, as a little exclusive sneak peak of its magic, we get to bask in the lunar radiance of their exciting single and music video, “Moonlight”!

Right off the bat, the sound feels fresh and familiar, simultaneously. What appears to be the setup for another gang of friends hanging out in the woods on a beautiful summer day establishes itself as the song kicks in. We’re then introduced to the band, who appear to be readying for another afternoon practice, all the while losing ourselves in the nostalgic atmosphere of the music. For me, personally, this felt all too familiar, like I was back in the days of college, with not nearly as many worries in life and not caring where the day went.

The sound reminds me so much of bands I used to catch around town and even ones I’d performed with myself. It sends you back to a more pleasant and simple time; Just hanging out, not a care in the world, probably up to no good but for the most part – innocent. “Moonlight” engages that youthful feeling in its sound and imagery. It breathes life back into tired lungs.

But even with the time-capsule element being there, “Moonlight” just resonates as one of the ‘next best things’ in indie rock. Even with all the clear reminiscence of early-2000s greats, Havemeyer simply stand out here. As the band describes, “Moonlight” is but one fine example of the band’s ‘surprisingly timeless songs’. Surely, this is a track you could put on in any decade and immediately feel the energy of. This welcoming, stuck-in-your-head aura is only enhanced by the sheer love painted both in the video as well as the lyrics:

The childlike wonders of having your own hidden place of safety and happiness, with hopes that time nor aging will ever take it away from you, is all just a part of the serotonin-inducing retrospective provided in “Moonlight”. Not to mention the two cats brushing against one another playfully at the beginning is, of course, a huge plus and universal good brain boost. It’s simply impossible to listen to this track, paired with the video, and not find yourself grinning even just a little. It’s like watching old home videos of family and friends, compiled together, with your favorite song playing overtop.

Havemeyer give us a glimpse of something nostalgic yet it’s also where we all want to be. “Moonlight” is the secret to immortality, as its invigorating, nostalgic, upbeat composure is sure to emphasize the ‘sweet spot between fragile grace and raw energy’ that Havemeyer have aligned with their upcoming debut, Slacker. But don’t you dare slack on keeping up with Havemeyer as they approach their inevitable launch! Take a long walk down memory lane (the video is replay-able, treat your brain to something magnificent as much as you’d like!) and immerse yourself into the “Moonlight” music video right here, right now! Be sure to pre-save, pre-order, and follow the band on all available platforms, by the click of this link as well! Be sure to also follow them on Instagram while you’re at it!