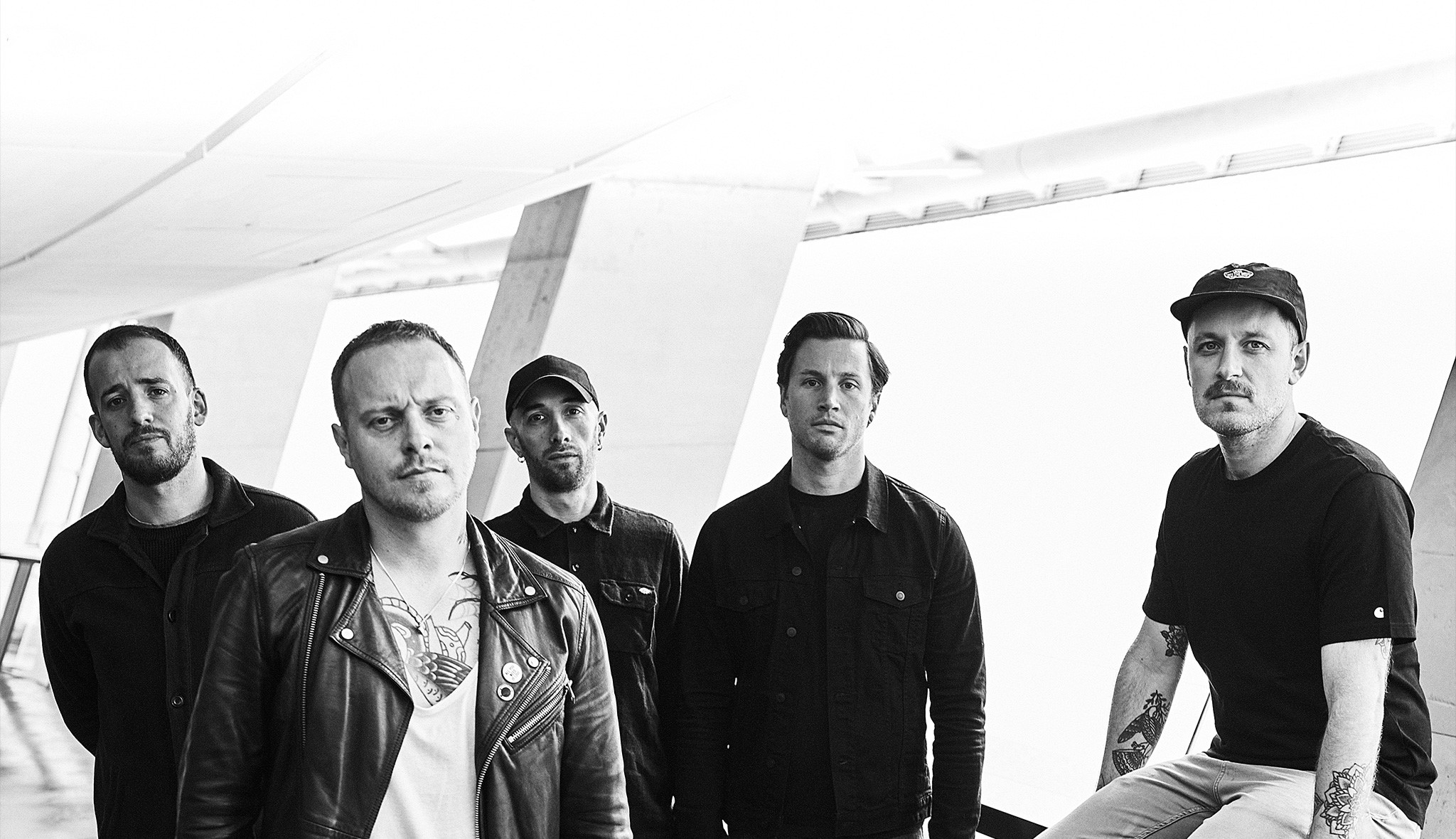 Architects – “the classic symptoms of a broken spirit”

the classic symptoms of a broken spirit shows the mighty Architects falling from grace in the most tragic way imaginable.

If you’re reading this, you likely already have your popcorn ready, as the cat is now fully out of the bag that Architects have stooped to new musical lows. If it hadn’t yet hit you that this band was on a steady decline with For Those That Wish To Exist (despite there being a few redeeming moments), you definitely know now, as the classic symptoms of a broken spirit is an agonizingly unsatisfying musical offering for a band of such high caliber. All that you need to know is that this album possesses as much passion and creativity as the album artwork, and it’s a damn shame this is a reality considering their potential and what they used to be.

Before we get into it, I want to make it absolutely clear that the criticisms brought up here are not rooted in anger due to Architects no longer being as heavy as they once were. There has been a steady decline in the inherent quality of their music, and that has nothing to do with the heaviness (or lack thereof) of the music itself; The Here and Now is a great example of them doing lighter tunes effectively, even if the band themselves think otherwise. Subpar music is subpar music regardless of whether it is heavy or soft, and this new album is exactly that. With the classic symptoms of a broken spirit, Architects plunge to new lows with their dialed-in, heavily formulaic, and overdone album that sounds as if it was a rushed collection of B-sides.

In the grand scheme of things, one band changing up their style is not the end of the world, since, living in the golden era of music that we currently live in, there are handfuls of artists that fill the gap that is left feeling void. The world does not gravitate around me, you, or anyone else, so feeling personally offended when a band changes their sound is just a waste of emotional headspace. It is childish to criticize a band solely because they aren’t as heavy as you may want them to be, but if the inherent quality of the music genuinely suffers as a result, then it is fair game to tear it apart on account of the lack of said quality, which is precisely the case on Architects’ latest seeming half-effort.

Architects have always been one of those special bands that stood out alongside their counterparts with their unrivaled ferocity and incredibly poignant lyricism that were ahead of their peers. But as time went on, they’ve done nothing but regress across the board. The songwriting has suffered heavily over the past several releases, as their musical output is now nothing but utterly formulaic tracks hot off the stadium metal assembly line. The dead giveaway that Architects have lost their magic is the fact that there is no longer any dynamic push and pull between the instrumentals and the vocals, but rather a prioritization of big choruses and only that.

Their music has become completely centered around Sam Carter’s overproduced vocals, the dull instrumentals contributing nothing more but a backdrop to simply cater to the constantly diminishing attention span of today’s average listener. It sounds as if they put all their effort into writing choruses and then patched together the rest so that it qualifies as a whole song. Hell, even the main vocal melody in the chorus of “spit the bone” sounds as if it’s recycled, albeit slowed down and extended a bit, in the song that immediately follows, ‘burn down my house’. It is blatantly obvious just how lazy the writing on this record is. Just slip in your minimalistic verses with whisper vocals in between the anthemic choruses and throw in a spicy breakdown towards the end and people will eat it up no questions asked; they are smart to do so from a financial perspective, I’ll admit that. Minimize your effort and maximize your outreach and boom, profits.

This shift in priority leads to neglected instrumentals, as all you get are power chords and repetitive chugging rhythms. Many of the riffs found on this record sound like jumbled reiterations of one another. Not only that, but they add so many electronic touches here and there that don’t contribute much as if they’re just trying to add a layer of shiny musical polish to distract from the lack of any genuine substance underneath it all. There was a point in time at which you could hear the genuine personality oozing from each instrumentalist, but now they all have zero character whatsoever and are completely unrecognizable as a result. The only song that actually surprised me as it actually strayed from the path of their overplayed recipe (albeit not much) was “a new moral low ground”. There was an unexpected but very welcome ambient bridge, which ended up leading into a brief, moody guitar solo that was refreshing considering what I’ve heard up until that point. That was the first and last organic piece of music I heard thus far on this record.

If you look at the lyrics over the past couple albums, they have continuously degraded and now sound as though they were written by someone who just got out of middle school English class and learned how to rhyme (‘I’m never gonna spill my guts/It feels like death by a thousand cuts’ – “born again pessimist”). It is baffling how we went from poetic yet painfully blunt messages that were either highly anti-establishment or deeply rooted in coming to terms with our own mortality to lines written by someone who seemingly learned what a metaphor was for the first time. It was already obvious on their previous album with the juvenile “Animals” for example (‘We’re just a bunch of fucking animals’), and now tracks like “spit the bone” take it one step lower (‘Now we’re all cannibals’) as they resort to paraphrasing unoriginal, edgy lines that they’ve already used before. I am aware that these lyrical excerpts are out of context, as it is just one line that I’m bring up as examples, but even in the context of a full song, it is still egregiously vapid. Look at “doomscrolling”, for example – nearly every other line has to lazily rhyme to the same word throughout the entirety of the song; it is quite comedic if you ask me.

It honestly sounds like the band has creatively given up, yet they claim that this drastic change in sound stems from the band being in an entirely different place in their lives as they’ve ‘matured’, and that the music we are hearing now is fully representative of that from a creative standpoint. I totally understand the sentiment of having a vastly different creative ambition as it pertains to an emotional and psychological level of an individual, especially one that is more mature than it was a decade ago, at least hopefully. Yet despite these claims they make, their music doesn’t reflect that at all – quite the opposite, really. It is one thing to make that statement and have it be true, which doesn’t appear to be the case here. Whatever they tell themselves so they can sleep at night, I guess.

If this is what being mature and creating music that challenges themselves on an intellectual level sounds like and they’re genuinely proud of it, more power to them, but it genuinely seems as if they’re in denial while the music devolves to fit the capitalistic music industry giant. I’m of the conviction that they’re refusing to openly admit they’re taking the easy route while claiming it is otherwise. The fact that they embraced this lowercase-text-only aesthetic when it comes to the album/song titles and their social media presence comes off as a smokescreen tactic to me, employed to make this album appear as though it has any inkling of a deeper underlying personality when that is far from the truth, at least musically.

Had you asked me five years ago, never would I have imagined Architects eventually spiraling down this path of becoming the Imagine Dragons of the metal/rock musical sphere. They may not necessarily be there quite yet, but considering the trajectory they’re currently on and how fast they put this record out (having just dropped one last year), it won’t be long at all until that happens. I want to emphasize again that this isn’t because that they went on a softer route musically – matter of fact they are still quite heavy in the grand scheme of things, as they can be heavy when they want to (“be very afraid”) – but rather because they took everything that made them the legendary Architects to begin with and threw it out the window. Filled with nothing but cookie-cutter tracks littered with copy/paste instrumentals, cheaply written metaphors, and wannabe-anthemic choruses, the classic symptoms of a broken spirit is a sad excuse for musical maturation that is devoid of any character or authenticity whatsoever.