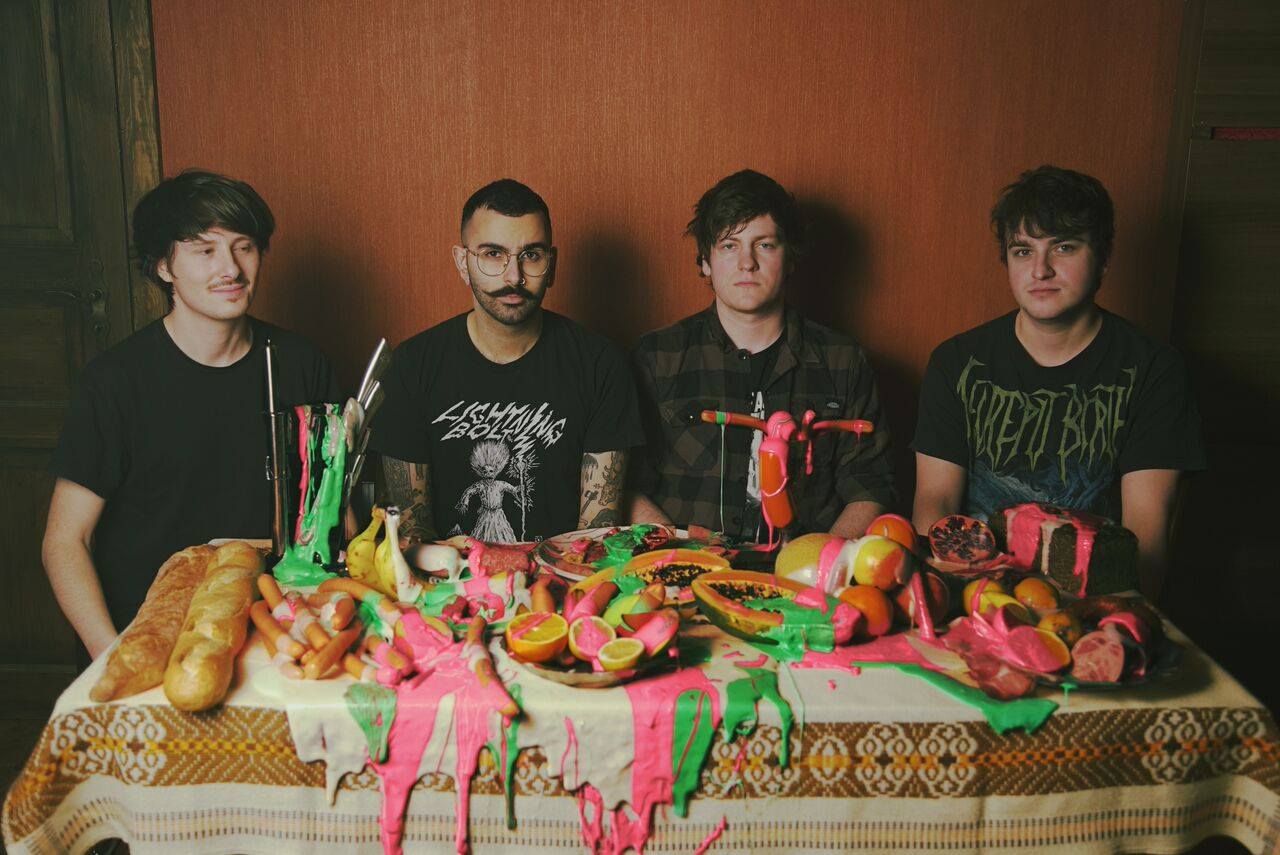 Lingua Nada Take It to “LVL 100”, Leaving Them Permanently “Shapeshifted”

By Dominik BöhmerSeptember 4, 2018 No Comments

It’s always nice to see familiar names coming back around for another collaboration. Back in January, even before we made the move to rebrand as Everything Is Noise, we premiered a song by the Leipzig-based noise/math rock upstarts Lingua Nada. That was the first time I ever wrote a premiere article during my tenure with this team, so when our PR manager hit me up with the possibility to do this write-up, I jumped on it without hesitation.

The band released their début album earlier this year (on March 23, to be exact), and one listening session will surely suffice to make you see that it’s very much up to ‘snuff’. Get it? Because the record’s called Snuff? Ugh, nevermind. Anyhow, Lingua Nada effortlessly jump between countless styles of alternative rock music throughout the ten songs, marrying noise rock to emo, math rock to shoegaze, and indie rock to progressive pop, to name a few. Recently, they headed to Ghost City Recordings – located in Röttenbach, Bavaria – to record a live session comprised of “LVL 100” and “Shapeshifted”, two songs off Snuff. We are proud to premiere that session for you today! Check it out below:

The live sound of the studio the band chose is very commendable. It’s able to represent all facets of their hectic, eclectic style, even in the faster, noisier sections. Lingua Nada themselves perform the tracks with panache, showing off their skills and extensive gear in the process. When it comes to the execution and editing of the video material, I don’t have any complaints either. The multi-angle recording with fast cuts and smooth transitions is the ideal accompaniment to the band’s music, and highlights the flamboyant setting that was created specifically for this shoot. Expect bananas! And fringes! Lots of fringes! And a theremin! Oh, and a perfectly fine-tuned band who are visibly enjoying their set, I guess.

This is what Lingua Nada vocalist/guitarist Adam Lenox Jr. had to say about the recording of this live session:

‘Producer Jan Kerscher loves all that crazy mathy fuzzed out stuff so he just sent us a mail proposing us to do a live session in his studio, the Ghost City Studio. He’s a super-neat dude and I really liked his work on the record Digital Tropic from Mutiny On The Bounty and he really likes mine so how can we not say yes.

I remember the first thing I said when I came in the studio was ‘Jan, give me the weirdest instrument you have laying around, I wanna have something stupid that I can’t play at all for the session‘ and he gave me his moog theremin. His crew and himself took the initiative to cover the entire studio in pink and add elements from the artwork of Snuff, which was awesome, It was like playing inside my own artwork. They even cooked after that session, it was just really lovely. We are currently working on our new album which we will surely record and produce over there, at the Ghost City.‘

If you’re reading this and just so happen to be from Germany or one of the adjacent countries, count yourself lucky, because I’ve got great news for you! Lingua Nada will be heading out on tour in late September, playing a string of dates up until December 8. Support comes from hardcore band WAYSTE, likewise stemming from Leipzig, as well as LIRR, an emo band from Kiel. You can find all tour dates listed below for your convenience:

I hope you liked what you heard (and saw)! Live session videos like these are always a gamble, but I think that Lingua Nada pulled it off nicely together with the Ghost City crew. By the way, you can check out the studio’s fancy website over here. Make sure to follow the band on Facebook to keep up with one of the most exciting newcomers of the German scene! Their music is available for streaming/purchase on Bandcamp, so head in there to check it out already!