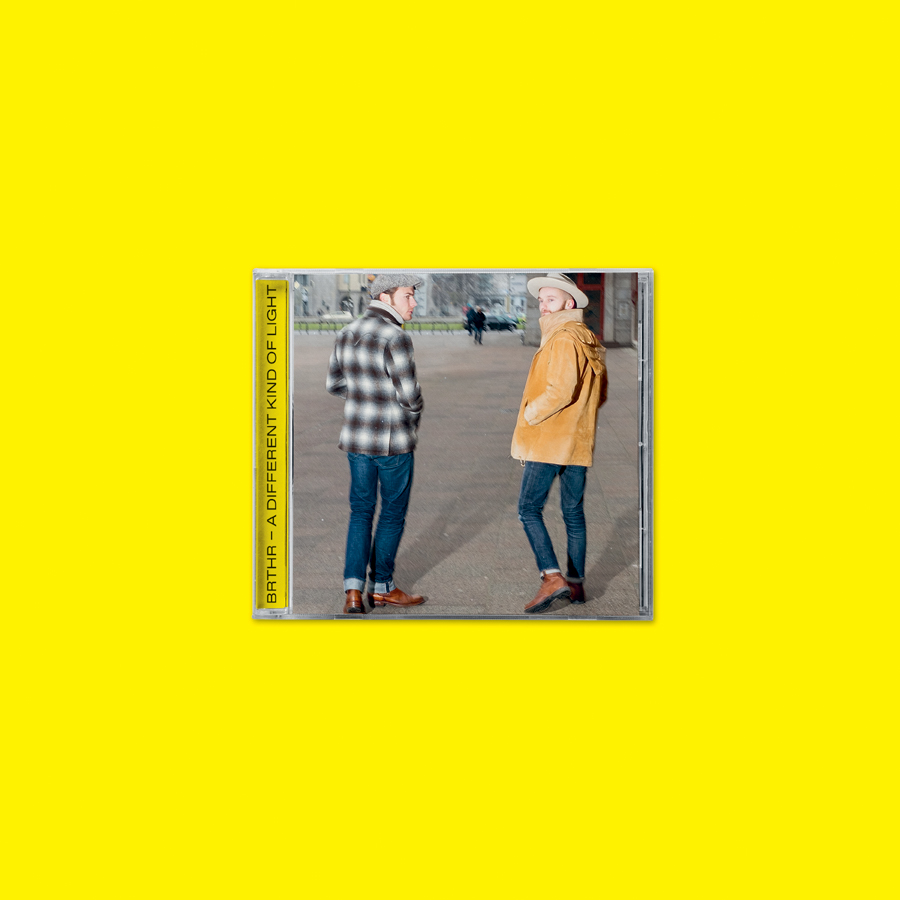 BRTHR – “A Different Kind Of Light”

With silky and sparse guitar lines, numerous simple hooks in each song, and a laid back and unpretentious approach, A Different Kind Of Light by BRTHR might be the most charming album you’ve heard for a while.

The second album from BRTHR is an exquisite piece of calm and catchy Americana. I love it. The musical pair (guess what their relation to each other is) have benefited from a label move from JellyFant to Backseat, with the clumsiness of a drum machine – their first album, 2017’s Strange Nights’ biggest detriment – being replaced, it seems, by a live drummer. The simple change in magical.  Whilst before, the delicate vocals and guitar lines floated above a hard, unnatural beat that fought to stop you from relaxing into the rest of the music, A Different Kind Of Light allows full focus on BRTHR’s talents as creators of pitch perfect indie-country.

And what indie-country it is. BRTHR manage to put a hook at what feels like every moment, whether it’s in the lackadaisical bass lines, ultra-clean melodic guitar lines, or in repeating vocals. Everything grooves – e.g. in “What In The World” (which, like most songs here, gets to the point immediately) – and has a relaxed swagger to it. You’ll bob your head, but settle down into your seat at the same time.

On first listen, I was very close to accusing A Different Kind Of Light as being twee, over produced, or shallow, and, frankly, it probably is – just a little bit. Whether it is a genuine reflection of artistic depth or not, however, the vocal style provides an antidote to the perfect cadences of the album. The vocalist’s voice is slightly gravelly, and, without better way of putting it, sounds real. So A Different Kind Of Light is saved from being discarded as mindless (albeit enjoyable) – the singer sounds like he actually feels what he is singing.

It’s a bit difficult to point you to the best songs to listen to, because they are all similar in tone. “Love Me Like You Do” has an immediately enthralling guitar line, and is probably the most upbeat song on the album. “Harder Each Day” and “Down The Line” have lyrical themes that are both heartbreaking, and fit with the musical style to a tee.  And if you want straightforward and wholesome, “True Love” can serve as your weekly dose of heartwarming.

Some may think that that A Different Kind Of Light is essentially background music. Certainly, something light, simple, and arguably slow paced – there are no rowdy country numbers here – might be a situational album for some people. It may seem good for some moods, and utterly inappropriate for others. If you tend to listen to different music based on situation, A Different Kind Of Light may well be late night, come-down or sleep music. Whilst I can see why someone might view this as an album for those moments only – and it’s certainly relaxing enough to work in them – I am so taken by the delicate moods that BRTHR have created that, at least currently, I am happy whenever it comes on.