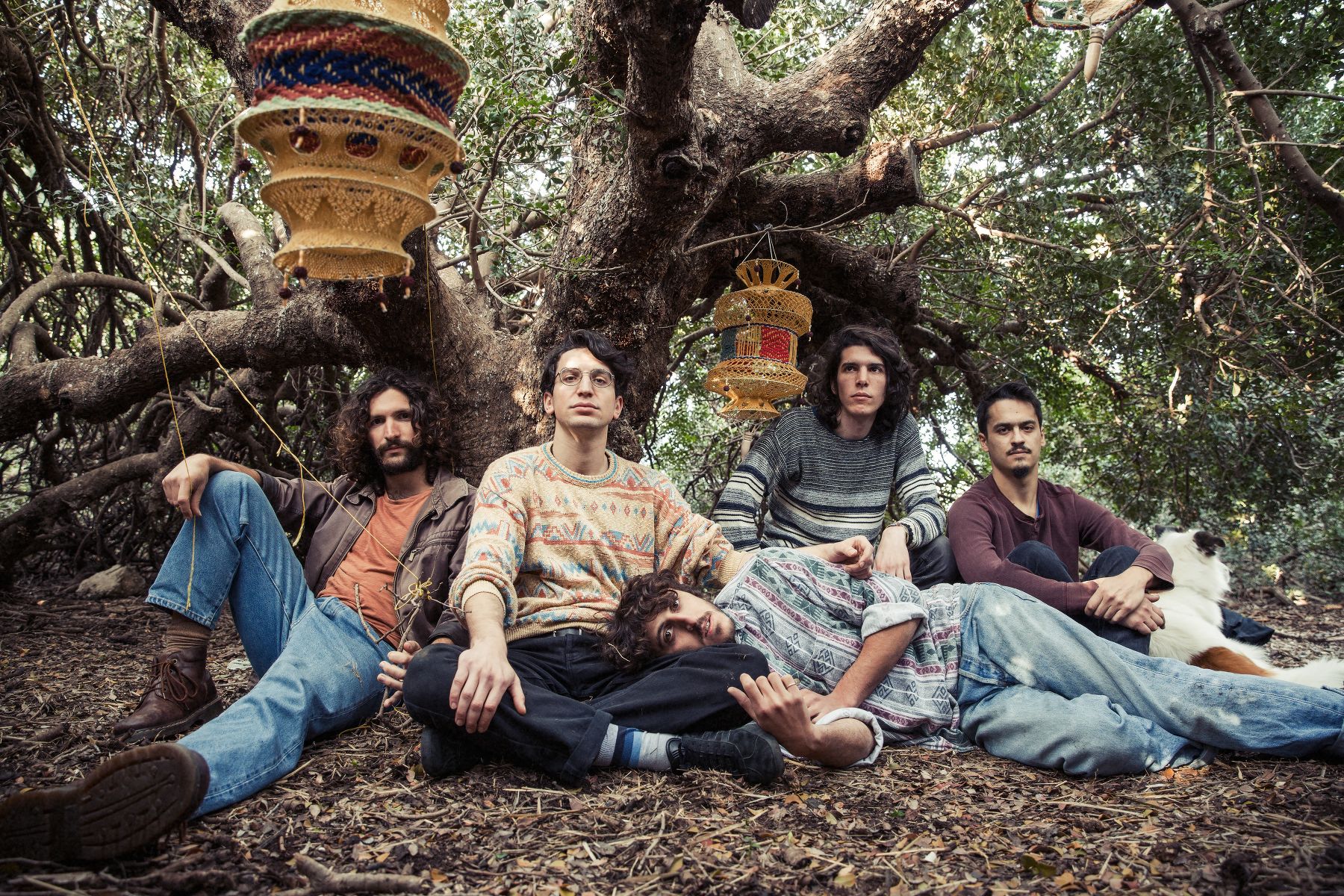 By David RodriguezApril 18, 2019 No Comments

When you hear music referred to as ‘ecstatic’, your mind may struggle to land on a single, clean interpretation. I’m of the belief that audible ecstasy is a culmination of elements, joining together with pinpoint harmony to elicit intense feelings of warmth and euphoria. It’s a discipline that Dury Dava are well-versed in, and that motivates us to proudly present a track from their upcoming self-titled album here for you today! Hailing from Greece, the quintet is an amalgamation of sonic influences, ranging from jazz fusion over progressive music to kraut rock and far beyond.

Called “Satana” in English, the song explores the band’s ‘commitment to blend the tremendous frenzied Dionysus ecstasy and Apollonian ethereality in fine-tuned harmony.’ How the band captures this is wonderfully organic, recording this track as well as the rest of their upcoming album live across several studio sessions throughout the last half of 2018. A grandiose undertaking; the sheer size of the music and the artistic merit all but speaks for itself. Without any further delay, here’s “Satana”:

I get a slick noir vibe from the track. It’s very lush, open, and disciplined, but with a commanding, free spirit that’s present throughout the whole piece. The delay-heavy composition, its psych-fusion arrangement, and funk-like elements juxtaposed next to a wicked jazzy clarinet make for a highly textured listen. “Satana” feels finely aged, like an audible interpretation of art déco, but also profoundly modern. The vocals have the distance and space needed to mesh quite well with the instrumentation, but also an intimate cadence that’s so fitting for the song’s themes.

If you’re looking for a more technical evaluation of this lovable oddity, who better than the band to speak on its composition?

‘“Satana” was composed over a period of more than a year, and evolved together with the band itself. The idea originated from a desire to compose a song with a septuple measure – at times polyrhythmic – and incorporating into it a drum solo, ample with improvisatory space. Melodic references allude to a re-harmonized “Gymnopedie No.1”, softening an otherwise episodic musical escapade.‘

The way “Satana” starts with a robust showing of many instruments and ends with a warm sizzle of piano, clarinet, and light guitar shows a ridiculous master of space and atmosphere. In short: I love it! Dury Dava‘s self-titled debut album will be out on May 10 via Inner Ear Records. You can follow the band on their Facebook page – definitely look out for more from them in the future, including how to purchase their record on double LP and digitally!

Get Blown Away by the Winter Storm of Profond Barathre