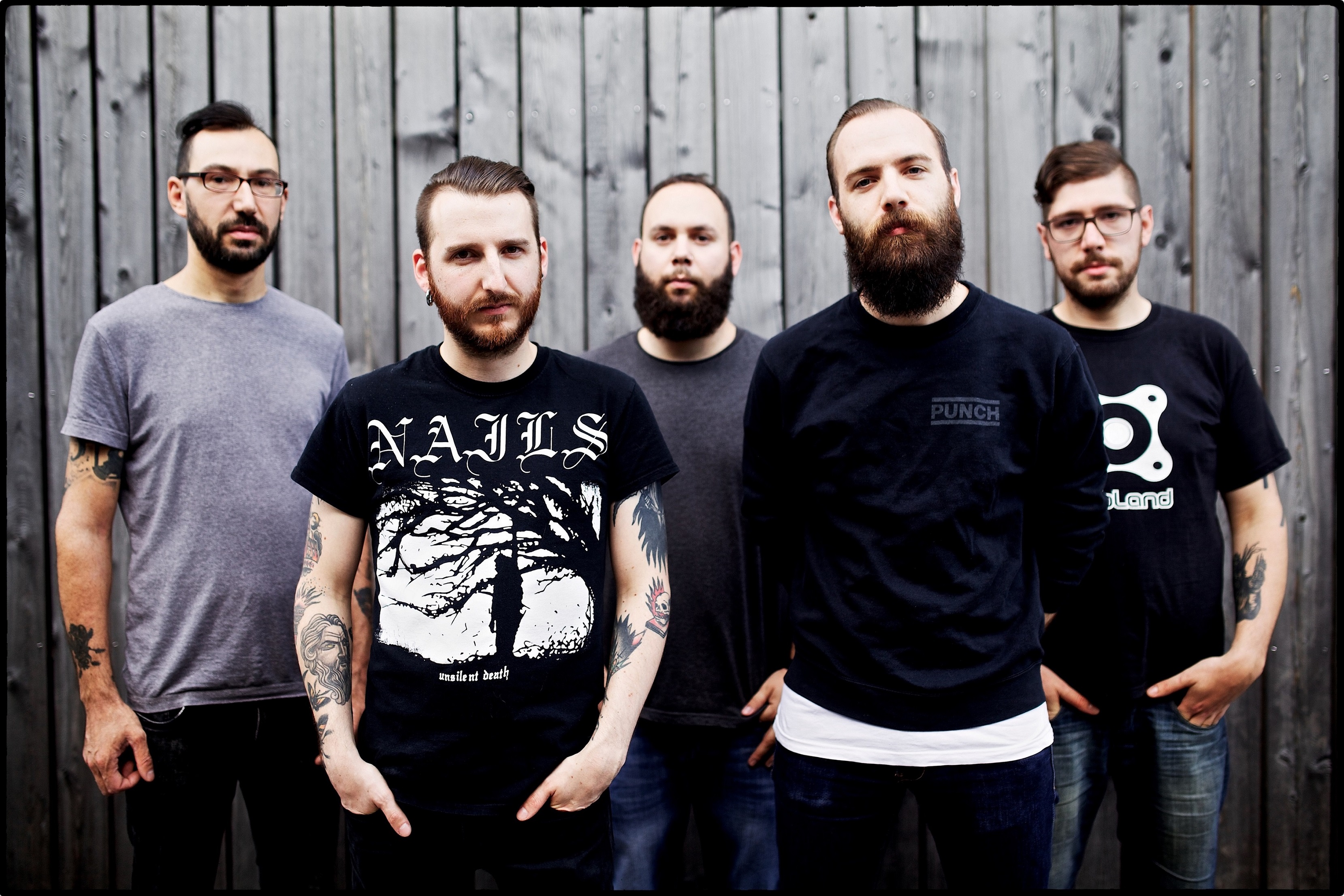 While Mere Mortals isn’t the most enthralling album, The Lumberjack Feedback has created a pretty standard offering to the sludge/doom genres, and certainly warrants a play through or two for the curious metal fan.

France’s The Lumberjack Feedback recently grabbed my attention with their unique name, but they have been pumping out a steady flow of instrumental sludge/doom metal for a decade now. In addition to the usual two guitars and a bass player, the band also has two drummers in an effort to create loud and resonant rhythm sections. Following up two EP’s was their first full length, Blackened Visions, in 2016, which was met with mostly positive reviews and helped spread their name around the metal community. Now the band is gearing up to release their sophomore full-length album, titled Mere Mortals. Let’s listen and give these lumberjacks some feedback.

Mere Mortals opens up with “Therapy?” Powerful de-tuned sludge guitar riffs lead the charge, but throughout the track the listener can also identify a strong post-metal influence of Pelican, as well as some light black metal styling. While drummers Nicolas Tarridec and Virgil Chaize often play similar drum parts throughout the album, there are plenty of moments where their tandem play adds great effect to the music. I was notably impressed with their simultaneous snare and tom fill sections, which can be heard just a minute into the track. These sections always provide the feel of some epic battle march. After an intense climax, the tempo suddenly drops and the duration of sustained chords gradually increases until it fades into the next track.

“Kill Kill Kill, Die Die Die” is the second single released from the album. Crunchy riffs and palm muted chugs make up the rhythm section, while tremolo picked leads bring the black metal element into play. An atmospheric interlude allows room for the drummers to do some intense and impressive dueling, after which are some more fist-pumping guitar riffs that’ll put hair on your chest in similar fashion to Gojira. The next track, “New Order (Of The Ages) Part 1”, is more of an interlude track that is heavily focused on percussion, where the guitars provide support in the form of feedback and spacey sustained notes. This song would easily feel right at home on a Norma Jean album.

“New Order (Of The Ages) Part 2” is a pretty straightforward sludge/doom offering, unfortunately also the point where the album begins to have some issues.  Five and a half minutes long, and comprised of only a few downtempo riffs, this may be the least compelling track on the record. “Wind Last Blow” continues to carry the slight lull in the album’s pace until about the halfway point, where the tandem effort of effect laden lead guitar riffs and dual percussion do play off each other very well. The next somewhat problematic track is “A White Horse Called Death”, which takes its time building up, but what it does build up to is a long section of mid-tempo chord progressions that are lacking much depth. However, while the majority of the track feels lackluster to me, there are still some shining moments. The tom fills on the drums are still compelling, especially when combined with palm-muted riffing that once again recalls Gojira. Ultimately though, the riffs on this track do overstay their welcome.

The closing track “Kobe (Doors Of The Spirit)” is the longest on the Mere Mortals, at just over twelve minutes long. It spends the first few minutes in atmospheric post-metal territory before starting to swell. The album’s most interesting guitar leads are in this track. Hammering and tapping riffs and octave chords provide a solid melody while the persistent driving rhythm section from the other musicians provides a strong emotive experience that I would liken to Thrice on The Alchemy Index Volume 1. Fire. The ‘battlemarch’ feeling plays out through the end of the album, which ultimately has a sonic atmosphere that feels simultaneously bleak and beautiful. Dismal yet hopeful.

The beautifully grim atmosphere created by the band makes Mere Mortals a prime listen for a lazy, cold and rainy day stuck inside the house. In regards to the dual drumming; although the two percussionists often play similar parts, the moments when they do diverge into different sections really pays off. It never feels gimmicky or too busy, and adds a bit of needed depth to the music. However, some more variety in guitar riffs (and shortening the amount of time some riffs are played), or more lead sections would have been beneficial on this album. Dual drummers isn’t enough to separate The Lumberjack Feedback from the plethora of similar artists. While it is not the most enthralling album, Mere Mortals is a pretty standard offering to the sludge/doom genres, and certainly warrants a play through or two for the curious metal fan.