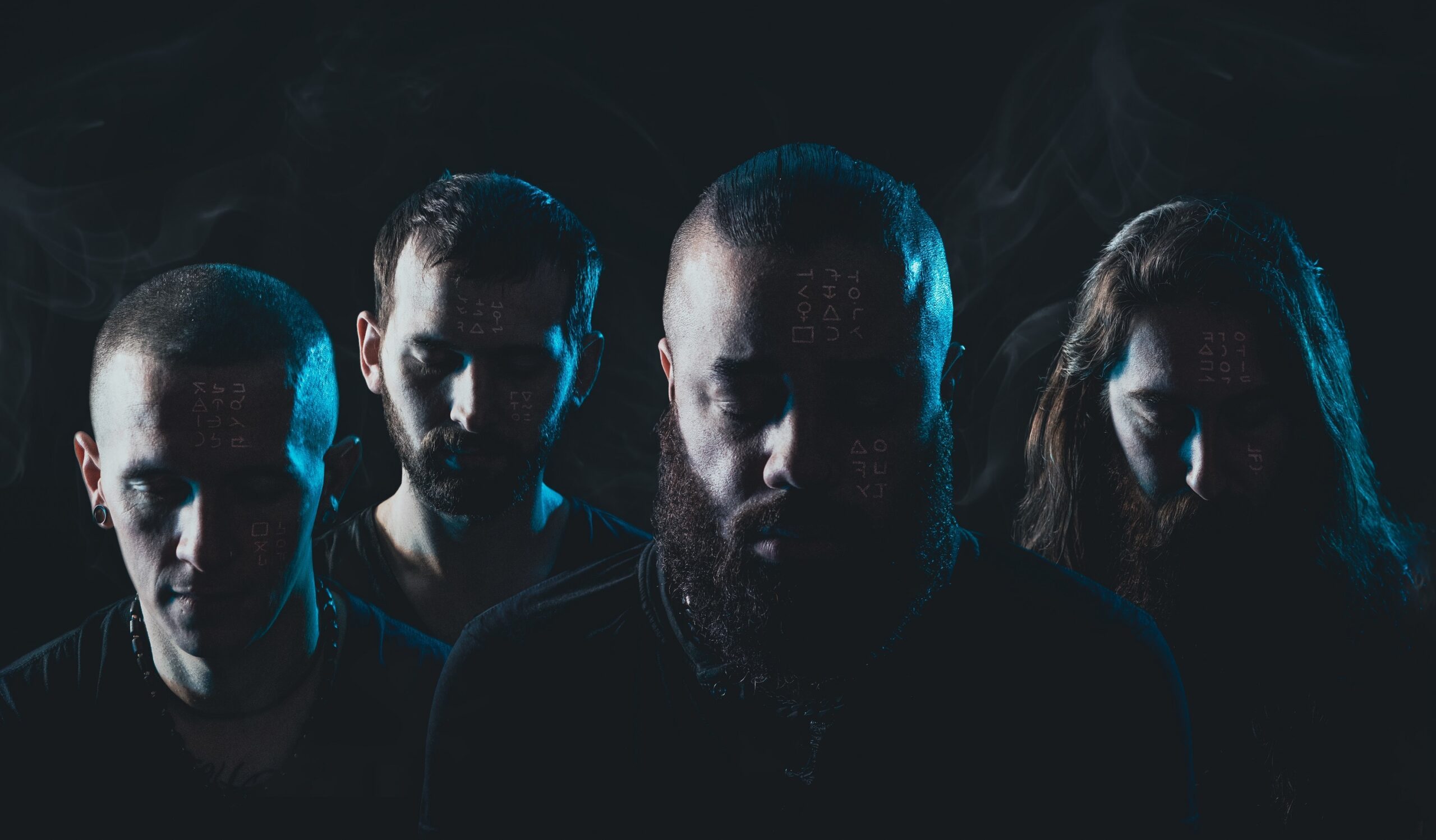 The madness of the pandemic gave birth to some amazing metal albums. It seems the trend isn’t really experiencing any dips, as hard-hitting metal is still being delivered to us by the metric fuckton. IATT really cut the brakes on the go-hard-machine, and that entire thing is crashing down straight into your ears. They are doing us a solid by streaming their third full-length record ahead of release, right here, right about the time you’re reading this.

Magnum Opus definitely lives up to its title in many ways. Well, actually, I can’t really think in which way it doesn’t to be perfectly honest. It’s the kind of quasi-orchestral progressive blackened death metal album that is all about impact. Making no compromise whatsoever, at least as far as metal is concerned, IATT deliver a compelling and demolishing discourse that delves conceptually into alchemy in the 1700s, with everything that entails along this very specific musical landscape.

IATT employed a few guest musicians for Magnum Opus, just so you can get a ballpark estimate as to what you’re in for, but also for that little extra oomph, to make sure the entire deal hits home. We have violinist Ben Karas of Thank You Scientist, vocalist Jakejake Superchi of Uada, saxophonists Jorgen Munkeby (Shining & Emperor) and Zach Strouse (Rivers of Nihil & Burial in the Sky), and guitarist Daryl Baker. Sounds like it’s absolutely packed, right? Well you’d better believe it, because it sounds as good as you expect!

The crunchy and abrasive riffage is contrasted very nicely with sweet but sometimes also wild saxophone leads. The general atmosphere is massive enough to have its own gravitational force, and that’s only further complemented by the symphonic elements that are scattered about. All the way I’m either headbanging or swaying in slow ample movements. It’s a kind of record that creates friction in your body and compels you to move.

There’s also something hella infectious about the tunes; it’s almost like a virus rooted in your head, begging you to hit that play button again and again and again. I barely managed to get through the entirety of Magnum Opus a few times because all I wanted to do was listen to “Elixir of Immortality”. It’s such a kickass track, especially that nasty riff in the beginning and the end. Sure, there’s also that mad mid section in “Ouroboros”, which feels like it’s all over the place, but focused like a laser at the same time, and it’s so satisfying to engorge on it.

You get it: Magnum Opus is filled to the brim with amazing stuff, and it’s waiting for you to uncover every detail. IATT are not fucking around at all. So, now just hit play, and make sure to follow the band on Bandcamp and/or Facebook.