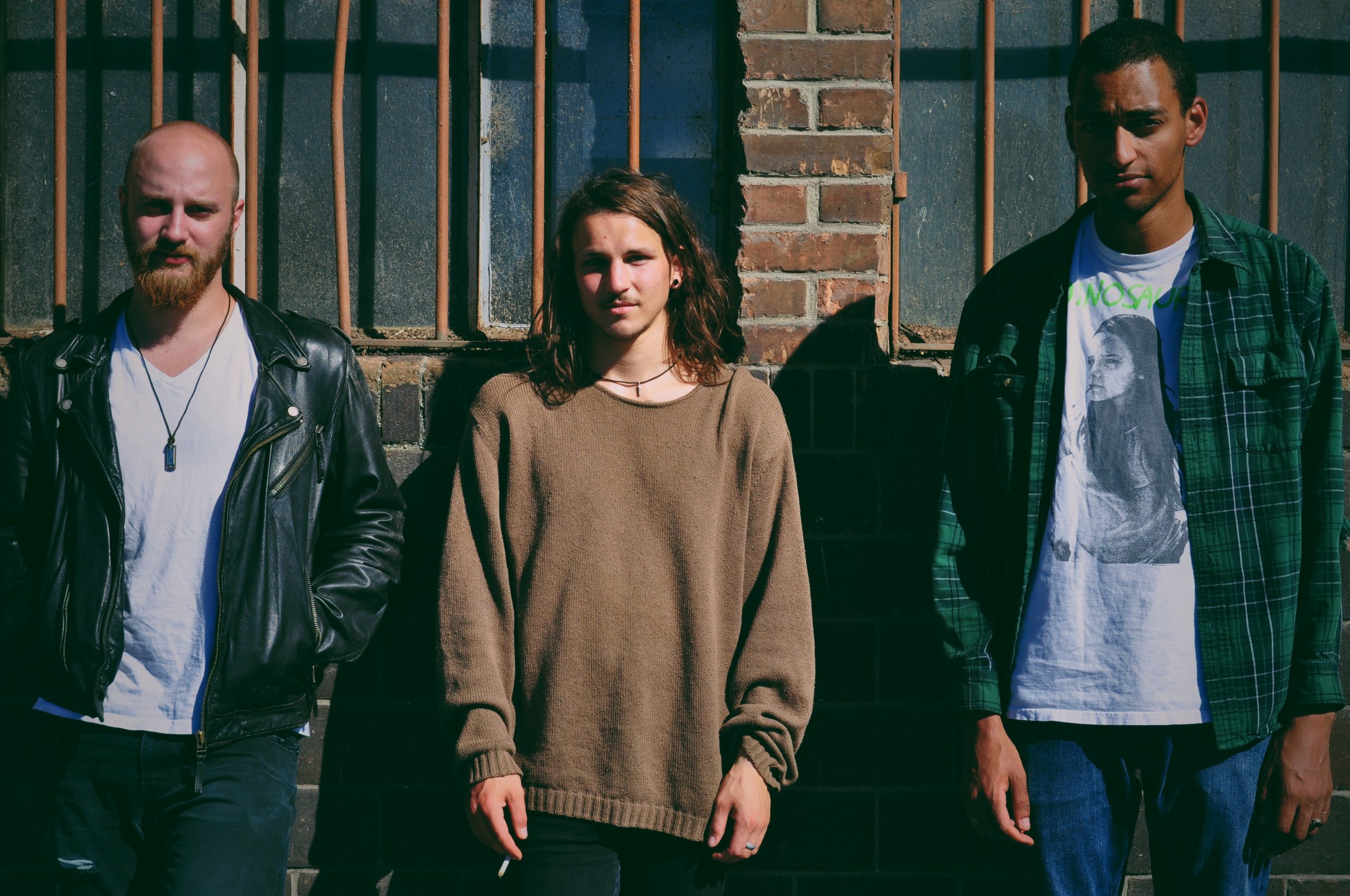 Being able to help bands and write up premieres for the kind of music you like is always a pleasure. But being able to do that for someone whose output you simply adore – now that’s ecstatic! Such is the case today, when together with Switzerland’s Heavy Harvest, we’re bringing you the full premiere of their new album Iron Lung!

Iron Lung is the noise rock/hardcore trio’s second full-length, releasing on April 24 through Czar Of Crickets Productions. Coming three years after their impressive debut Rats, Iron Lung sees the band pushing their boundaries to great lengths. Dictated by fiery hooks and firm beating, the album’s pissed-off-o-meter is furiously knocking on red, way past the safe zone. The refurbished songwriting is fueled by a sleek yet punishing production, making Iron Lung a thoroughly enjoyable experience. But hey, what am I yakking here? Just hit play below, and dunk yourself into the gutter of noise that is Heavy Harvest.

Although Iron Lung‘s main weight is on sludgy pace and dissonant guitarwork matched with an equally abrasive vocal delivery, the album rather surprisingly comes through as a remarkably atmospheric praxis. It’s enraged in and out, partly chaotic and partly collared, but at all times riveting, regardless of which point of the record you’re at. The intro track “Worship” is mainly constituted of an oddly soothing feedback that bleeds straight into “Scream”, leaving no room for second guessing. That said, the band doesn’t reveal their full hand right away by any means; the distinct hooks and catchy beats are distributed evenly amongst all the tracks. That in itself is a profoundly clever move, as each track brings its own deep and voluptuous colour to the table, dyeing a vivacious canvas named Iron Lung – a cohesive product of individual pieces amounting to a bigger gestalt.

While I absorb, and am compelled by, every aspect of this album, it’s still simple to pick up some personal highlights. The sluggish but driving rhythms of “Body Hammer”, the rager of a dance-off that is “Oven”, and the staccato pulse of “Fertilizer” are declarative moments of the album’s enjoyability for me. Now that I think about it, similar points could as easily be chopped and brought to the spotlight from each song. I think that speaks volumes about the solidity of this effort. There’s lot to savour and digest, but meanwhile this will without a doubt attract people with widely different tastes, and turn a good amount of heads at the same time with its crowd-friendly noise. Now, if your face attained a pout when I said that, just re-listen the album. There’s no denying what kind of an appeal Iron Lung holds, despite its datum.

Iron Lung drops tomorrow, so be sure to follow Heavy Harvest on Facebook to keep an eye out to what they’re up to, and submit those last-minute pre-orders over at their Bandcamp and here!