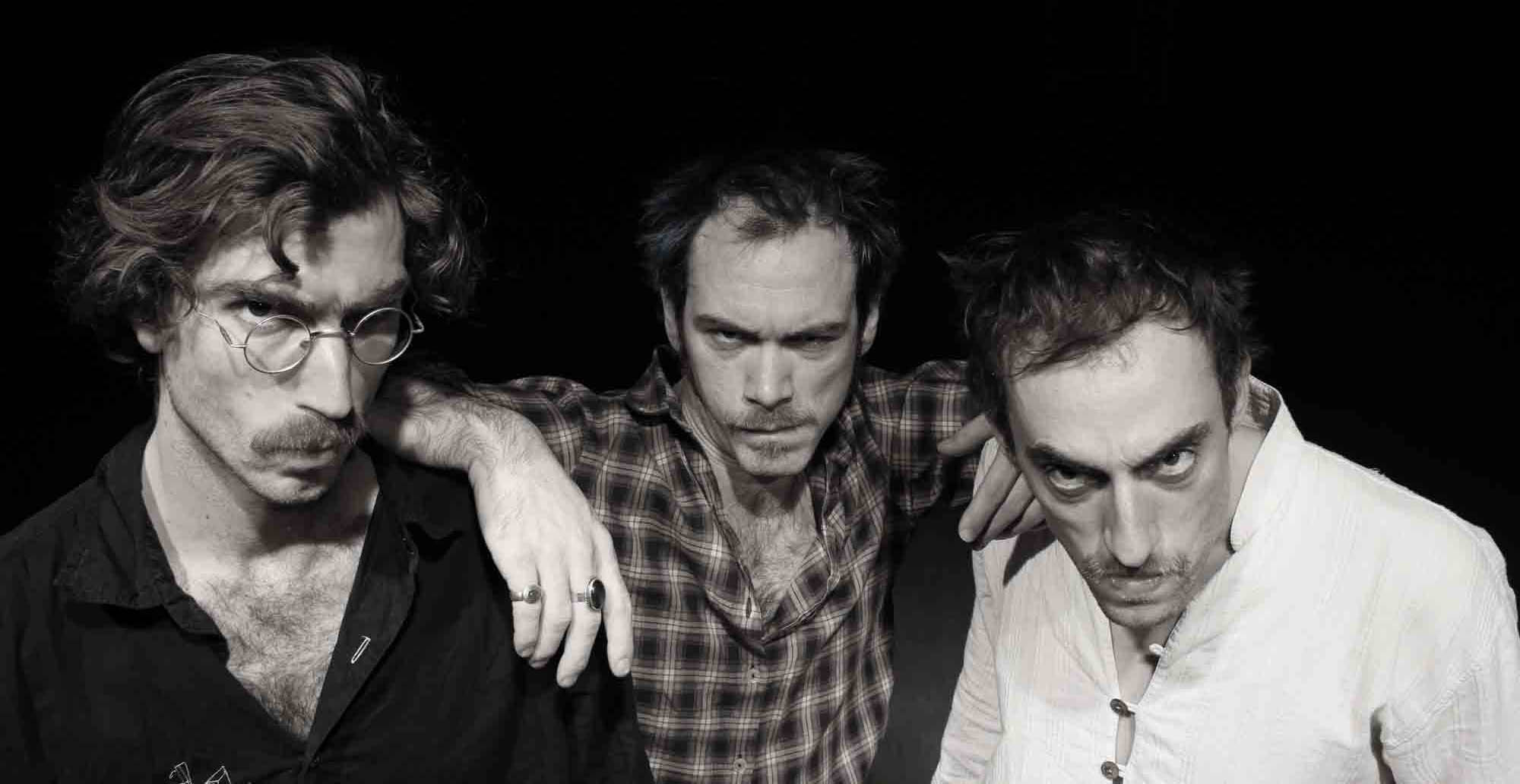 French avant-garde trio in PoiL return to their roots with a twisted and eccentric record in Sus that can drive even the best among us crazy.

We have a blockbuster! Today, we not only have the review of French avant-garde band PoiL’s latest album Sus, but we are also premiering the full album stream! Take a look at our take on the album, then check out the stream towards the end of the article to see what you think.

I first discovered the twisted magical world of PoiL first when I reviewed the explosive masterpiece in PinioL a year ago. Joined with Ni, the band delivered one of the most eccentric pieces of art I have ever stumbled across. When Ni delivered the monstrous record in Pantophobie (review here) a couple of months earlier, I knew PoiL would not be far behind. Here we are in April and PoiL are now ready to unleash their own dose of quirkiness on to the world with Sus.

Anyone who gave Bran Coucou a spin will be well aware that the French trio in PoiL are not afraid of experimentation and Sus is just that. While it still retains the use of repetitive music patterns and modded, filtered vocals, it leaves behind the harsher noise-metal foundation of their older albums, taking a much calmer approach to proceedings. This brings in a fresh sound to the proceedings overall, making the music extremely unique even for fans of the band’s previous discography.

Made of five tracks, the album is intended as two epic 20-minute pieces – ‘Luseta’ consisting of the first three tracks, and ‘Lou Libre De L’Amour’ made up of the last two. Opener “Sus la peìra” in a way takes off from where “Orbite” finished on Bran Coucou. Starting with dissonant synth tunes, the track wastes no time in creating a state of total chaos. The drums and guitar riffs plod a rhythmic hypnotic tune over the ever-changing synthesized landscape to ensure the hooks run deep into the listener. The tension built up is released with an abrasive hardcore section which in turn ends with a segment of folk poetry. Do note that at this point, we are still just halfway into the opening track! One quickly realizes how easy it is to get lost in the multiple twists and turns PoiL throw at the listener, but a more focused listening reveals a state of cohesion underneath, as each instrument perfectly aids in the ebb and flow of the music.

Despite looking more like a filler, “Lo potz” leaves a strong impression with its one-minute playtime. Devoid of all instruments, the entire song structure is weaved together by the different vocal delivery styles between the three members of PoiL. While “Luses Fadas” does give the impression of being a straightforward track initially, it quickly starts exploding into various different avant-garde rock territories, with the sheer weirdity on display instantly reminding one of Sleepytime Gorilla Museum.

It’s often said that the beauty lies in the surprise offered by an unpredictable order, the same can be said of Sus. Each member seems to be pulling the music in a direction of their own, offering an unforeseeable flow to every track. The second half kicks off with “Grèu Martire” which is equivalent to each member in the band having a catatonic schizophrenic fit, as Antoine and Guilhem combine to create music that is unpleasant yet completely hypnotic.

With no intention to draw in casual listeners, this album is purely meant for those who appreciate the art form and the ritualistic album closer “Chin fòu” is a statement of that. It takes everything that came before it and packages it into a 14-minute roller coaster. The maddening interplay between the drums, bass, and keys midway leaves an attentive listener with a pure adrenaline rush. Every minute into the track it becomes even less accessible as PoiL experiment in stretching the boundaries of their music to a point where it is just a step away from being utter noise gibberish and no longer considered music. With PoiL, one can never know what to expect in a record and Sus is no different. A modern artistic statement that is equally rooted in weirdity and equally in noise!