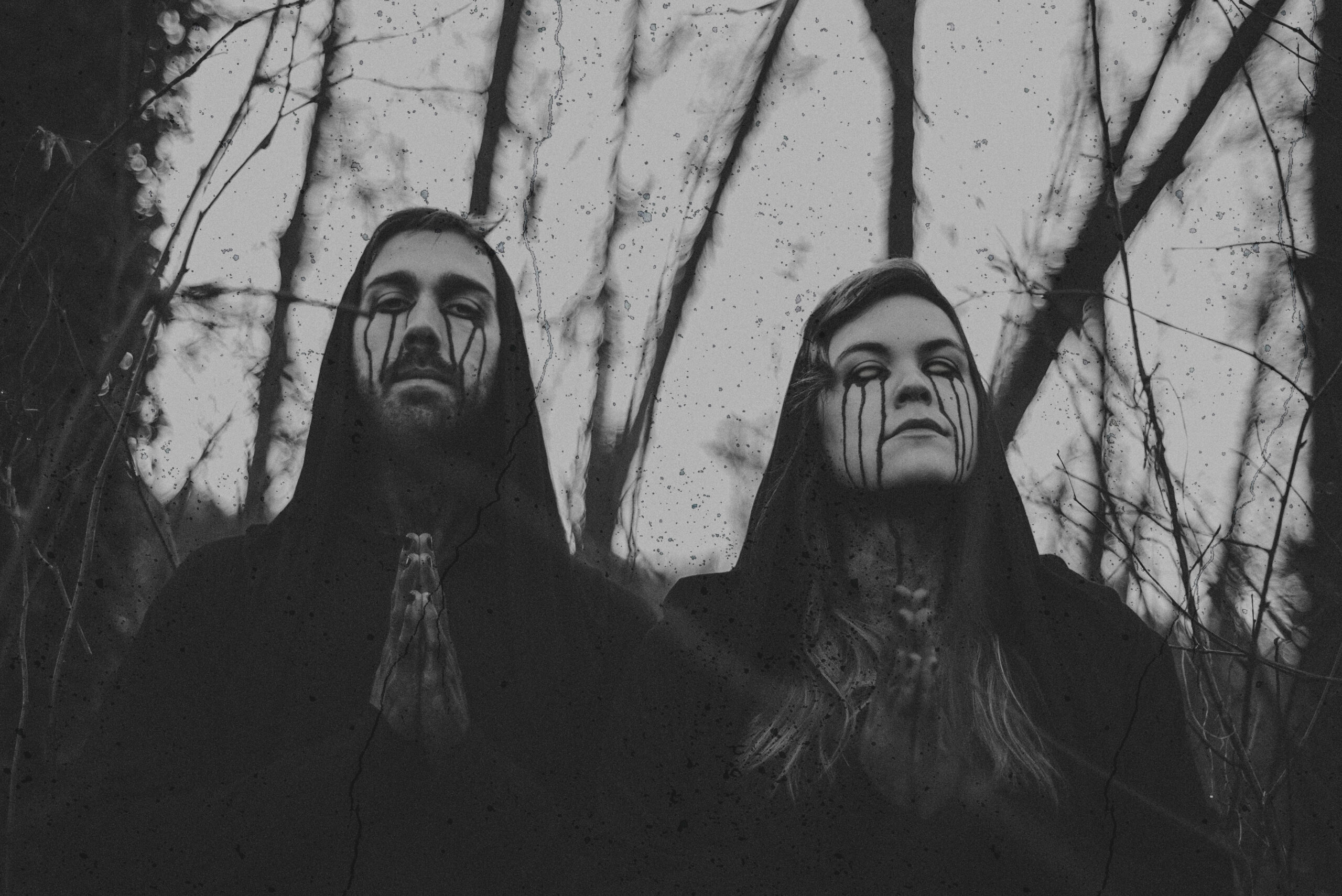 Those of us who devote a portion of our time to write about the music that we’re interested in and often grow to love often encounter hyperbole, boilerplate PR-speak and gibberish of the highest order. So when something finds its way onto my virtual desk that not only deftly avoids these pitfalls of the business but also manages to impress in every way is a bit of a rarity. When I volunteered to handle this full EP stream for Crown of Madness, all I knew is that it was said to be cool by our PR manager Toni. That’s good enough for me, given his high standards. So, down the mineshaft I go, canarying the hell out of this EP.

One of the aforementioned hyperbolic traps that I have seen is overselling based on resemblance to other acts. When I took a look at the ‘FFO’ list that came along with this EP premiere I was intrigued, because it referenced some real heavy hitters in the extreme metal scene: Gorguts, Vitriol, and Ulcerate. Oddly enough it said that fans of Soulsborne games would also be keen on this band. Given that I do love all of these things, I was excited to listen to The Void. It took no time at all for me to fall in love with this release.

It took no time at all either to understand who the influences for Crown of Madness are, but this band is far from a hero-worshiping act. Prevailing through the album is a dense atmosphere that holds the entire EP in tension and forms a bit of a canvas for the other elements that are employed. The riffing is technical and angular, but there’s a melodicism that adds texture and contrast throughout these songs that add to the oppressive and melancholic mood of the tracks. The first notes of “Eternal Feeding” feel deeply like a tech-death track until the blackened vocals and more sparse riffing alter the setting and the track becomes more monochromatic and dissonant. There’s no shortage of great transitions such as this on The Void, and that’s no doubt where the band is tipping their cap to their more progressive tendencies.

“The Manipulated” stands at the center of the release and acts as the spine on which the other pages turn. The incredible drumming, airy melodies, and intricate guitar work make it one of the most impressive tracks on this EP, and maybe that I have heard this year. Of course, all of these things play right into my personal sensibilities, and as a fan of this set of approaches, Crown of Madness are really nailing it.

With all of that being said, I’m incredibly excited that we get to debut this impressive release. Below you can find The Void, streaming in its entirety ahead of its full release on March 25. You should also keep an eye on their Facebook, Twitter, Instagram, and Bandcamp for updates and news!