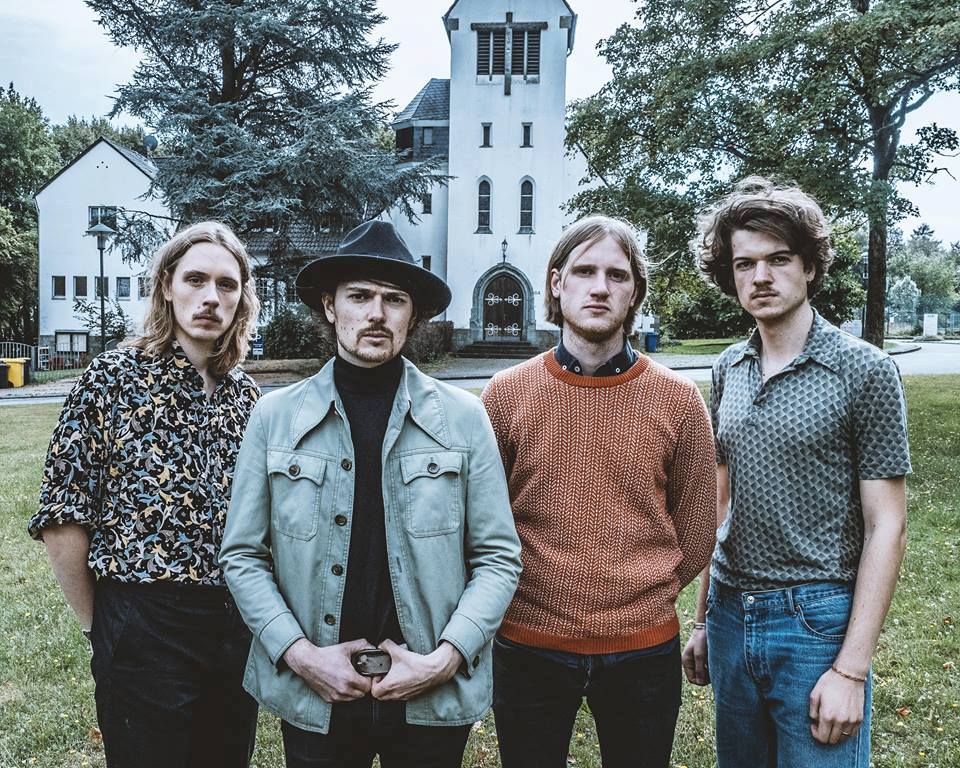 By Vidur PaliwalNovember 20, 2018 No Comments

Reading through the Blackberries promo kit, I came across this:

‘Blackberries are people who play music you just have to listen to and have been doing that for quite some time now, while remaining a kind of best kept secret in the German psych and kraut- scene.‘

One spin of their new album Disturbia quickly reveals why this statement truly manages to hit the nail on the head: Blackberries play some of the most engaging kraut-y psychedelic rock out there! Today, we have the privilege to premiere the album in its entirety.

Right off the bat, title track “Disturbia” manages to hook the listener in with its catchy rhythm. By the time “High Noon” rolls in, one might already find themselves embracing the dreamy comfort this music radiates. We also have classic krautrock influences that shine brighter in the second half; the two-part “Sphinx “track reminds me of acts such as Tame Impala and Electric Eye (sans the Indian music).

There is a simplicity to Disturbia that almost feels soothing. While the music is still built on a krautrock foundation, it has smooth melodies that give the record more of an indie vibe. “Another Day of Violence” is a prime example with its almost dreamy vocals, which some might even find comparable to indie heart-warmers Cigarettes After Sex. Another element of Disturbia that track manages to shine light on is that, despite the lighter musical direction, the themes and lyrics of this new set of tunes have become considerably darker. On this deliberate contrast, the band says:

‘Our new album Disturbia reflects our growth as a band after hundreds of live shows all over the world. It also reflects these rather dark and disturbing times we’re living in. Since our last record the wind has turned in a lot of places and on Disturbia we’re voicing some of our thoughts on the situation. Musically we’ve taken more care of the smaller details and created a dreamy atmosphere that balances the often rather direct lyrics.‘

Disturbia comes out this Friday (November 23) via Unique Records and can be pre-ordered here. To keep up with the awesome krauty psychedelic rock of Blackberries, you can follow them on Facebook.