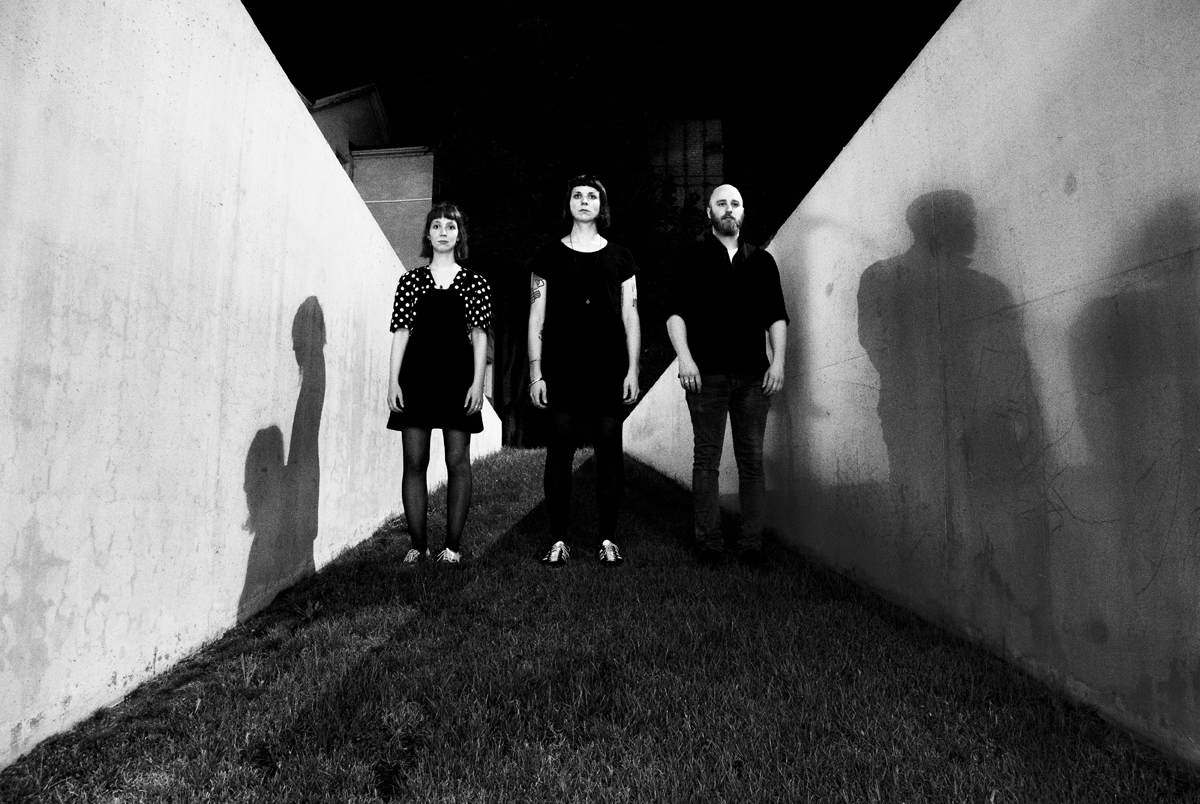 Asbest Are “Driven” to Dismantle Our Toxic Society

By Dominik BöhmerSeptember 27, 2018 No Comments

In case you’re not familiar with the band whose new record we’re premiering today, I’ll try to fill you in ‘asbest’ as possible. Get it? Because they’re called Asbest? No? Ugh, nevermind. Asbest are a post-punk/noise rock/shoegaze trio from Basel, Switzerland. Founded in November 2016 by Robyn Trachsel (vocals/guitars), Judith Breitinger (vocals/bass), and Jan Häfele (drums, recently replaced by Jonas Häne), they named themselves after the German term for the highly cancerogenic fireproofing material asbestos. Why? Well, in their own words it’s because

‘Asbest is a fibre that is part of the structure and yet its existence is undesired. As soon as an attempt is made to remove Asbest, it becomes harmful. Asbest is the systems own inherent contradiction‘.

To be honest, I did not expect such a clever metaphor to be hiding behind that short, seemingly innocuous band name. This just goes to show the amount of thought Asbest put into their music and everything that surrounds it. After the release of their début EP Interstates in September 2017, they are now gearing up to unleash their first full-length project Driven onto the world. It will be out this Friday, September 28, via A Tree In A Field Records, and we are glad to say that you can stream the whole thing right here, right now. So what are you waiting for? Dive into it; we’ll see you on the other side.

Recorded in Bristol at Malthouse Studios with producer Dominic Mitchison, Driven radiates a raw, aggressive urgency throughout its eight tracks. Taking cues from the distorted abrasion of noise rock, the gloomy atmosphere of post-punk, and the glittering, fuzzy guitar work of shoegaze, Asbest establish a colossal wall of tortured noise and cathartic melody. The diverse vocal approach of Trachsel and Breitinger adds a lot of dynamic and theatricality to the band’s compositions; antics like the shrill falsetto in album opener and title track “Driven” are as surprising and upsetting as they are enjoyable and memorable. Fans of bands like A Place To Bury Strangers or My Bloody Valentine will feel right at home in Asbest‘s dark, aggressive yet eerily pleasant soundscapes.

Experimental moments like the jazzy bass lines in “Means of Reproduction” only add to the staying power of Driven, whereas atmospheric numbers like “I Need A Spacesuit To Leave Home” and “Pillar” provide a moment of reprieve between the belligerent energy of “Persona Non Grata” or “They Kill”. The aggression and ennui Asbest display so openly within their music isn’t at all unwarranted; in fact, they draw upon today’s worrying societal upheavals, as well as Trachsel’s very own experiences as a trans woman in our cis- and heteronormative world for their biting lyricism and portentous sound. They are a unique voice in the current musical climate, and a loudly articulate one at that.

I’m not entirely sure how many among our audience are from Switzerland, but if you are reading this and live in the general area, Asbest still have a couple of shows coming up this year and early 2019. You can find those below:

For those of you who liked what they heard and want to pre-order the record, you can do so via A Tree In A Field Records‘ webshop or via Apple Music. Be sure to follow Asbest on Facebook and Instagram, and check out their Interstates EP on Bandcamp as well. Driven will be out officially tomorrow, so there’s no excuse for you not to give it the attention it deserves. Just saying.