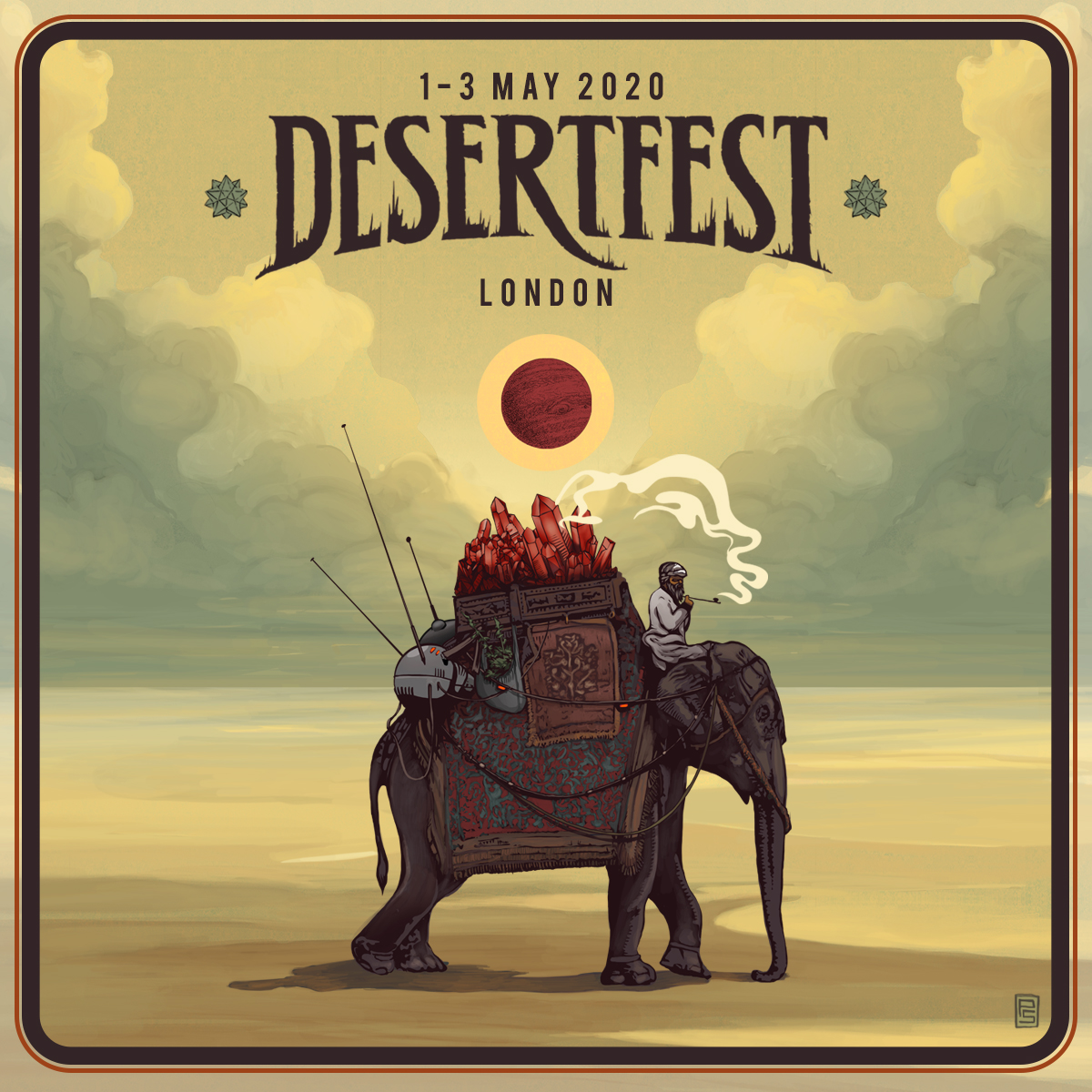 As if their line-up wasn’t good enough already, Desertfest London organizers have added another twenty bands to the epic three-day festival. The stoner, sludge and doom focused festival will return to Camden Town, with bands like Orange Goblin, Witchcraft, Sacri Monti, and Masters Of Reality already confirmed to play.

The festival takes place in the centre of London, with four venues hosting three days worth of fuzz-laden metal for punters across the city. This announcement includes the third headliner for Desertfest London – Graveyard. The hard-rockers will hit the stage alongside fellow Swedes Lowrider, who will be performing a very unique live show, as well as bringing their first album in twenty years to the stage. Somali Yacht Club have also been announced, their 2018 record The Sea highly praised by the team here at Everything Is Noise for its intriguing psychedelic doom flavours. Opium Lord will bring their highly aggressive sludge to the show and the excellent Khemmis will be unleashing their melodic doom upon the citizens of London.

Also on the list for the ninth edition of the London festival are: Maidavale, Big Business, Firebreather, A Gazillion Angry Mexicans, Under, Alunah, Doomicidal, Gurt, King Witch, 1782, Dunes, The Hazytones, Tides of Sulfur, Your Highness, and Hexis.

For those who can’t make it to London from May 1-3, do not despair! Desertfest is spreading across the globe, with similar events being held in New York, Antwerp, Athens, and Berlin in the last few years. Follow the social media links below to find out more about each event and purchase tickets. You can find the full line-up below – a staggering amount of bands for an inner city show!