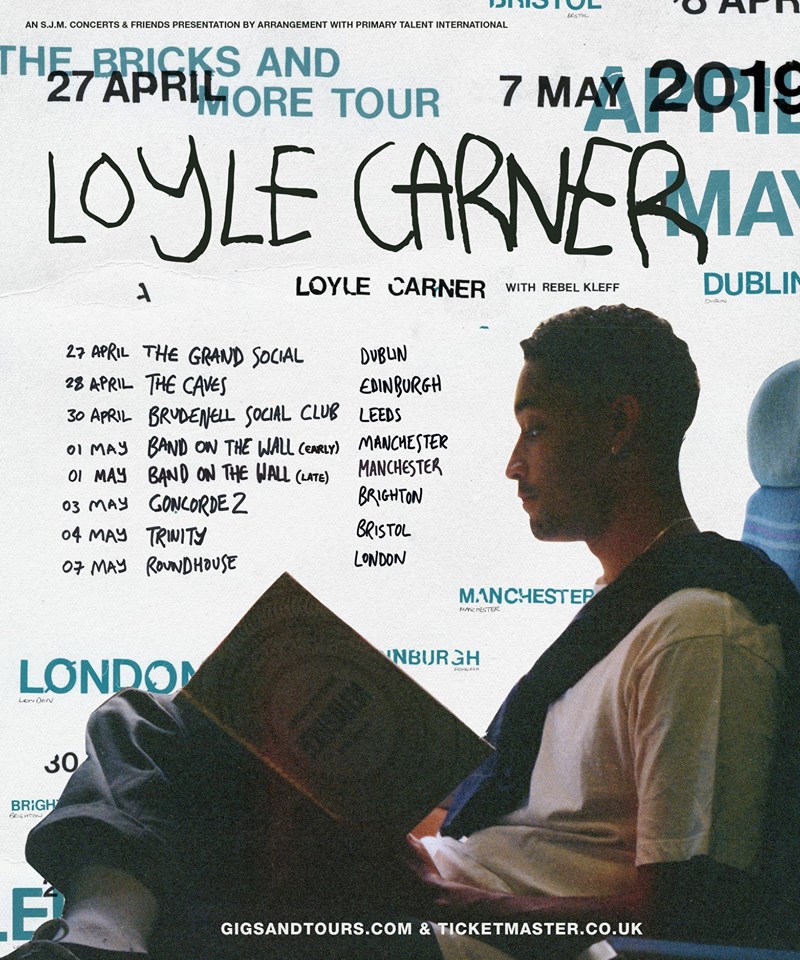 By Landon TurlockOctober 15, 2018 No Comments

Loyle Carner captured the attention of Everything Is Noise last year with his impressive debut full-length, Yesterday’s Gone. His vulnerable, poetic flow was paired perfectly with smooth R’n’B/jazz inspired beats. Now, the UK rapper is back with more music in the form of single release “Ottolenghi”. Check out the official music video below:

In addition to being new music from Carner, “Ottolenghi” is notable for its featured artist: Jordan Rakei. Rakei released Wallflower, an entrancing mix of R’n’B and jazz, last year. That record made it onto our 2017 AOTY list! As such, we were understandably excited to hear these two incredibly talented musicians collaborate on a track.

Just after releasing “Ottolenghi”, Carner announced a spring 2019 tour across Ireland, Scotland, and England. Dates are as follows:

May 1 – Band on the Wall (early), Manchester, England

May 1 – Band on the Wall (late), Manchester, England