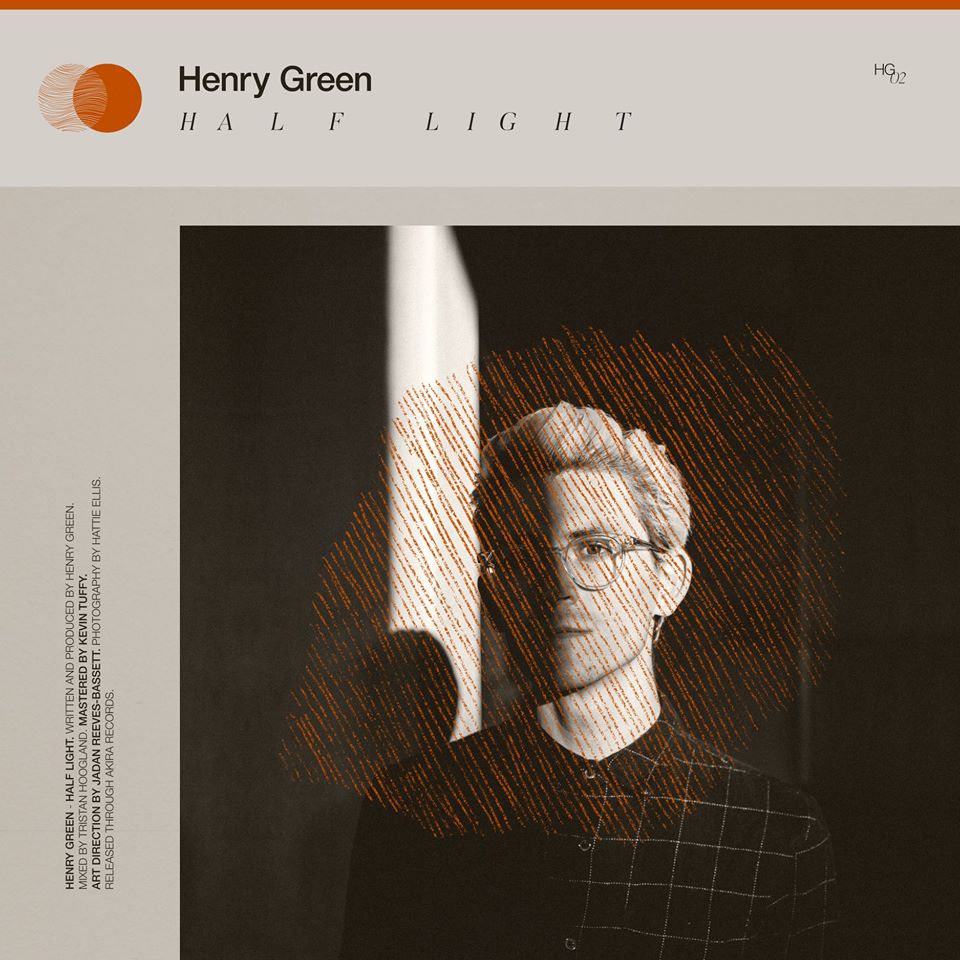 By Dominik BöhmerFebruary 14, 2020 No Comments

You might remember Bristol-based electronica artist and producer Henry Green from back in 2018, when he released his début record Shift. One of the absolute highlights of that year regardless of genre affiliation, it garnered him critical acclaim – including a rather glowing review from yours truly – and a place among Everything Is Noise‘s albums of 2018. The way the young songwriter took elements from ambient music, folk, and deep house and shaped them into the musical equivalent of a softly reassuring, washed-out daydream was utterly heartwarming to witness, and firmly placed Green on the music scene’s collective unwritten list of musicians to watch out for in the future. Well, it seems like the wait for his sophomore release is slowly coming to an end!

That’s right: Green has recently announced his new album Half Light, which is due out on June 12 via Akira Records. It was written and recorded over the span of six months ‘in a sleepy Wiltshire village‘, with very little outside input; Green handled the entire production by himself, something he later reflected on as a stressful factor in the album’s creation, stating that ‘I’ve always produced my own stuff to some extent, but I took it too far the other way. And when you spend so much time on your own and have these two conflicting sides in your head, it’s just a constant battle.‘ Stricken with a bout of writer’s block when faced with the pressure of the overwhelmingly positive response to his previous works, it took the 24 year-old some time to readjust before he could harness that same pressure into something more productive:

‘A lot of the songs are about that struggle to express. Coming into the record I wanted to make something that was a separation from myself, and didn’t feel like such a window into my feelings. But because of my feelings throughout the process I think these are the most honest songs I’ve ever written.‘

With the announcement of Half Light came the first single off of it, “Realign”; given the record’s backstory, it’s not hard to imagine what that title might be referring to. According to Green himself, the song ‘is about self exploration, and the idea that clarity can actually arrive in the moments when you’re distanced from your thoughts, and the preconceptions of how things should be. I wanted the track to feel expansive and euphoric, but intimate and honest in equal measure.‘ Either way, “Realign” is another gorgeous piece of electronic music from this promising young creative, nimbly treading familiar ground to great effect.

Even amongst all this welcome familiarity, Green managed to make some noteworthy additions to his approach in creating his second full-length record. Aside from the added strings and saxophone, he got frequent Bonobo and Flying Lotus collaborator Andreya Triana and Canadian artist Ghostly Kisses to guest on one of Half Light‘s tracks respectively. You can see the album’s artwork and full tracklist below:

Throughout early April, his fans will get to see Green on stage, as he will be making select appearances across the UK and Western Europe. Support comes from the aforementioned Ghostly Kisses, as well as Green’s Akira Records label mate Superheart. See all currently available dates listed below:

‘I almost wanted to hint that this album is a transitional thing. The half light is a lyric in the first verse I wrote for the album, and I love that idea that you’re not fully standing in the sunlight. You’re not yourself and you’re slightly in the dark in your mind, but you know that you still have something to give‘: this is the sentiment Henry Green sought to express with the title of his new album Half Light, which again is coming out on June 12. I for one can’t wait for it to drop – there’s no denying that I’m a ardent admirer of his work. If you feel the same way, be sure to pre-order the album, and to follow Green on his social media (Facebook | Twitter | Instagram).