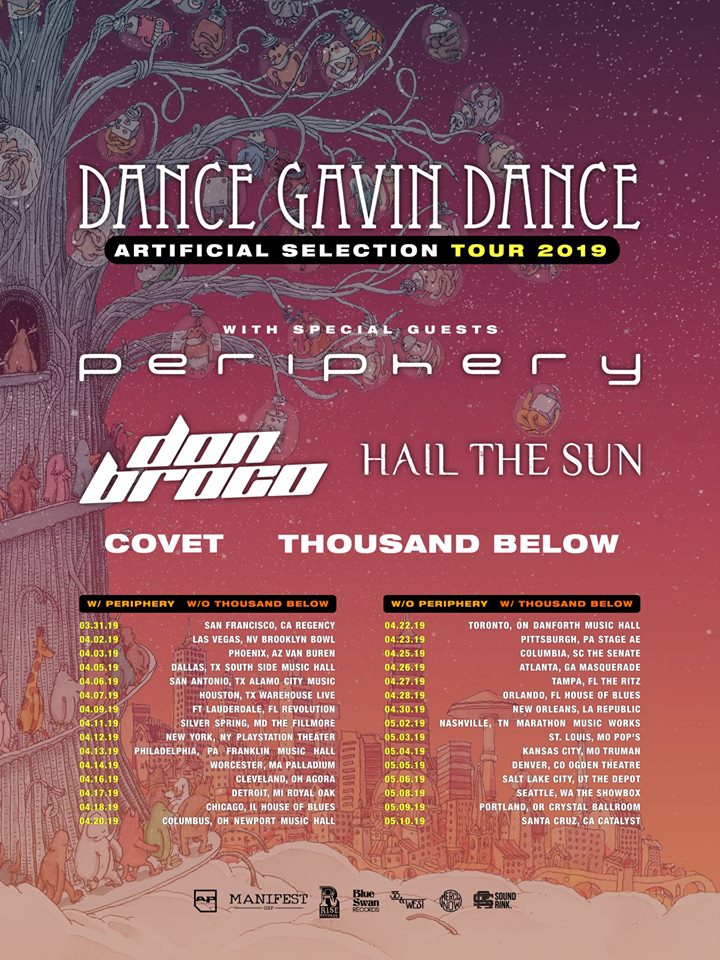 By Rodney FuchsJanuary 9, 2019 No Comments

Hooray! Dance Gavin Dance are going to tour North America (mainly the USA) in support of their latest record Artificial Selection. The most exciting thing about this tour its the line-up, which really has something for anyone! Special guests Periphery will join for the first half of the tour, while upstarts Thousand Below will take the other half. Periphery are currently hard at work on the release of their new record, which might be teased with some new songs on this tour!

Also on board are Don Broco, who are poised to become one of the most intriguing alternative rock/metal acts around these days, the great Hail The Sun, and Yvette Young’s very own band Covet! I don’t think that I need to lose any more words on this line-up aside from stating that it’s amazing! Make sure to check the dates below and grab your tickets! They will go on sale January 11 at 10am local time!

The tour dates with Periphery as special guests are as follows:

And here are the remaining dates (without Periphery, but with Thousand Below):

Follow the bands involved in this massive tour on their respective Facebook pages for further information and details (Dance Gavin Dance | Periphery | Don Broco | Hail The Sun | Covet | Thousand Below)!