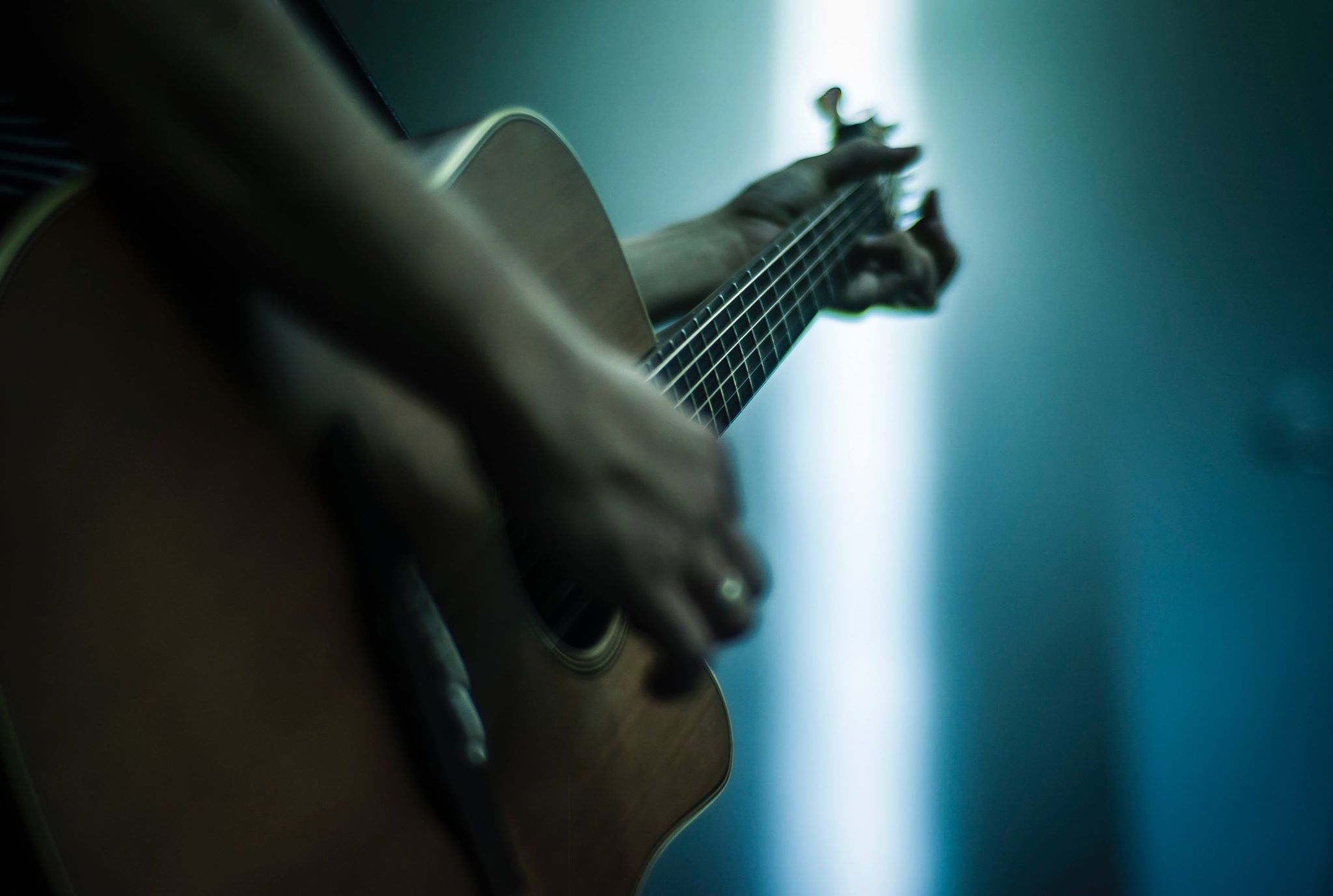 By Tim FleskesJanuary 9, 2019 No Comments

Welcome to Emotional Overtones, the newest feature set out to overcome genre borders and create a more intimate relationship with music! We here at Everything Is Noise think that genres can sometimes be a little limiting, which is why I created this feature. Every episode of Emotional Overtones will feature a certain emotion (for example: Melancholy, Euphoria, Apathy) as its topic and four to five writers will chose records based on this emotion or based on memories that conjure this emotion in connection to this record. There are no limits to genre, length, style, or band; everything is allowed as long as the writer feels it’s right and can explain their stance. This feature will be an ongoing series until for varying emotions of varying complexity.

Today’s episode will focus on Fernweh, another German term describing homesickness for a place you’ve never been to. It’s the desire to want to feel the warm feeling when returning home when seeing a city, a town or a country you vividly imagined. Of course, as it goes with emotions, everyone has a different perspective on things, meaning what might be the place of their desire is not nearly the same in sense of realism or scale. These are the thoughts of Landon, Jud, Ash, Jake, and David on this topic: 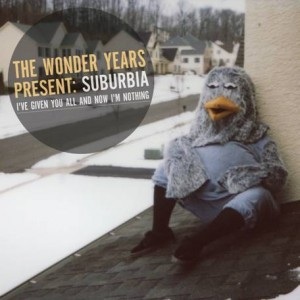 What kind of album can create an emotional reaction so visceral that not only do you feel like you have been somewhere, but you also miss it? Despite being a difficult feat, a record struck me immediately as an answer to that question: Suburbia I’ve Given You All and Now I’m Nothing by The Wonder Years.

The band is originally from Lansdale, Pennsylvania. I’ve never been there – it’s a 39 hour drive from the suburb I grew up around. But maybe that’s fine, because the record makes me feel like I can see the sleepy town as it wakes to a lazy sunrise. I see businesses along once busy streets gathering dust as younger generations seek out the city. I can smell coffee burning in a greasy spoon – a refuge for the college students reluctantly returning home for the holidays.

I don’t just picture it.

I miss skipping classes and goofing around in some otherwise quiet parking lot with my friends. I remember thinking those moments would last forever. I miss looking at the highway and hoping for the day when I find out what lies at the end of it.

Such is the power of Suburbia. The record was a soundtrack to my meandering post-high school years. It is the beautifully comforting ache of nostalgia, conveyed through 40 minutes of painfully honest and anthemic pop punk.

Team Me – Blind As Night

Sometimes songs set off flashbulbs the first time you hear them. After that, wherever and whenever they hit your ears, they pull you back through time and space to a very specific where and when. I have a lot of those. There are only a handful of songs, though, that transcend the moment in which I discovered them, instead dropkicking me laterally into some headspace that couldn’t be pointed to on a globe. One of those is Team Me’s “Riding My Bicycle (From Feddersensgate 5A to Møllerveien 31)”, off their final album, Blind As Night. 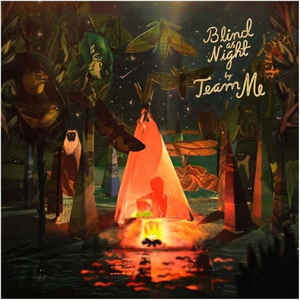 It’s not that I don’t remember where I was when I heard it (walking along Boston’s Charles River on a freezing February night). It’s not that I don’t have any intense emotional experiences with which to associate it (it was the last song an ex-girlfriend and I listened to together, just prior to the grueling process of appending the ‘ex-‘). It’s that the song’s singular atmosphere and propulsive stylistic shifts aren’t content to hold your hand the way other tunes can be. “Riding My Bicycle (etc.)” is a song that finds purchase quickly and pulls. It wants to take you to places you’ve never heard of, and by golly, does it ever.

The near-palindromic structure of the song is what truly cinches the journey of this particular song for me; in classic 80s fantasy film fashion, Team Me shows you a new world but ultimately leaves you back in your own. If ever I’ve been homesick for a place I’ve never bodily visited, it’s whatever swath of land lies between Feddersensgate 5A and Møllerveien 31. 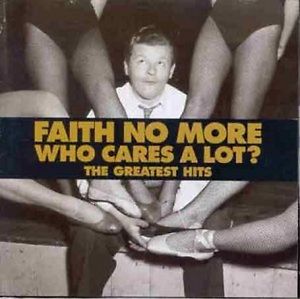 In my younger years I would contemplate, in vacant admiration, the babylonic escapades of some of my favourite musicians. Like I said, I was young… and naive. It was never just music. It was music and an entire accompanying sensation of who the musicians were and what stories lay behind each of their songs.

I’d always known about the fun-loving, but mildly sinister world view of Faith No More. But my perception of the band underwent a major revaluation when I sat in a friend’s room and soaked in the compiled story depicted in their original 1998 anthology, Who Cares Alot.

I feel it’s important to make the distinction from other Faith No More anthologies, of which there are several. Who Cares Alot, for my money, has the perfect arrangement of songs. The well known, largely poppy hits of “We Care Alot” and “Epic” subside into the darker, substance-riddled successors of “Last Cup of Sorrow” and the ultra rare and equally dark treats of “I Won’t Forget You”. It tells the story of a band who reached the stadium excesses but then fell into the subterranean depths of commercial defiance.

And how I longed to be right there with them, feeling the rush of mass appreciation but then finding greater virtue through a more intense and meaningful path. I wasn’t old enough to have experienced such a transition in my life. But, by the time the album had finished, I felt I’d been a part of it, so much so that my immediate waking surrounds appeared to be the true fantasy.

I was born in Mexico, and while I’ve returned there once for almost exactly one day only, I don’t feel very connected with my birth country in my day-to-day life. Sometimes, I’m able to connect with it via music. One band that’s always been a gateway to my heritage is Kinky, an eletropop/rock band from Monterrey, Mexico, about 750 miles from where I was born in Juan Jose Rios. People might know the stateside hit “Mas” from their self-titled debut, but their album, Atlas, as a whole takes me to a place where I am alone, but still welcomed and warm. 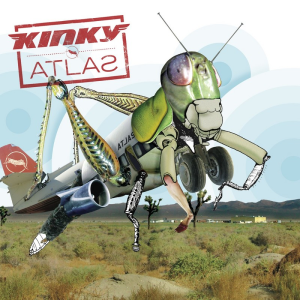 Kinky weaves a lot of rock and electronic elements in with Mexican folk music, excelling at bringing their (and my) culture into a realm where it’s not too often seen. Latin leanings speak to my heritage, but the music as a whole speaks to a place I’ve never really intimately known. Visuals of a city on a sunny day with hundreds of people occupying the sidewalk going about their business are evoked by “Snapshot”. Likewise, the one-two punch of “Salta-Lenin-El-Atlas” and “Do U Like It?” make me think of a market surrounded by the culture of the region.

Everything is bright and vibrant, giving me “Airport Feelings” of my own and a desire to be taken somewhere I can connect with what makes me me. Maybe someday. Regardless of any of that, though, it’s just nice music to accompany you wherever you may be. 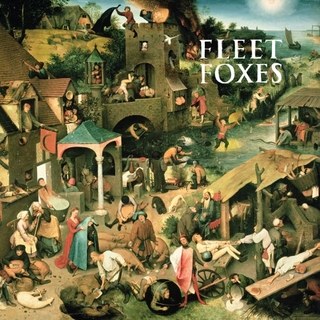 One of the chief tenets of American Folk music, at least in my opinion, is to be descriptive. Either through the choice of words, style, or feeling, folk music as a whole evokes the endemic culture from which it hails and holds it out fearlessly to be accepted or rejected. In America, we have many takes on folk music, as I’m sure is the case with many other regions, and one of my favorite interpretations comes from Fleet Foxes and their self-titled debut.

In the case of this act from the Pacific Northwest region of the country, their cornucopia of Americana, baroque, and rock resonated with me incredibly strongly when first I heard them and does to this day. The cheerfully ironic “White Winter Hymnal” and the somber “Tiger Mountain Peasant Song” just whisk me away to a place I’ve never been. The twist is that I’m not sure that this music has an actual home, making the sounds so much dearer to me.

This record feels as if it was unearthed in some familiar yet forgotten place. “Blue Ridge Mountains” is a further twist on this, as this is the region of the country that I call home.

Hearing this song by a group of strangers I’ll never meet makes me feel even more connected to them and from whence they come. It’s always magical. Robin Pecknold’s haunting wail calls to me each time I listen to this album, especially when paired with the active and dynamic melodies they create, such as on “Oliver James”. Few records haunt me as does this one, and perhaps one day I’ll find myself in the forests of the Northwest. 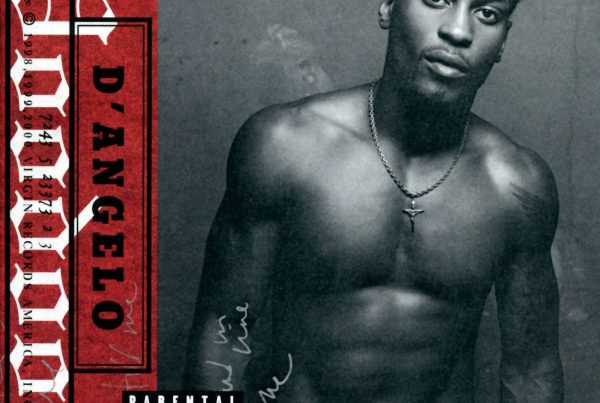 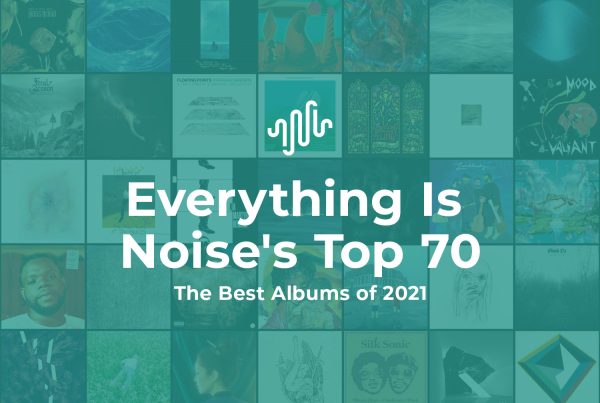 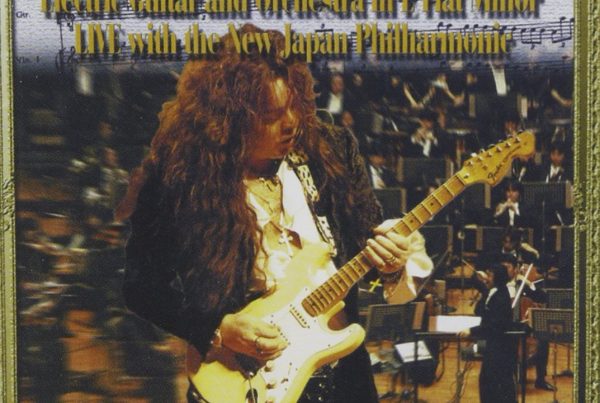