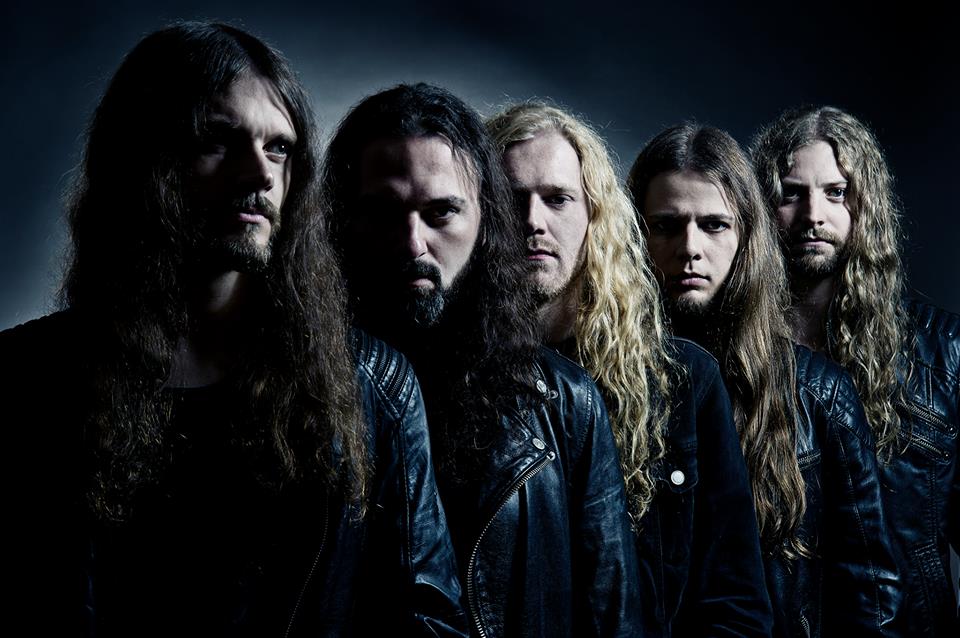 By Jake WaltersJanuary 9, 2019 No Comments

Some things are just meant to go together; chocolate and peanut butter, sugar and cinnamon, and death metal and doom. Germany’s own Nailed To Obscurity has a penchant for adding melody and melancholy into their pairing of death and doom, creating a sound that’s familiar but has some genuine flair. Black Frost, the band’s fourth LP, is 45+ minutes of their special brand of metal, packed with some nice moments and a stellar production. Throughout its runtime, Black Frost manages to conjure a dense atmosphere with some standout moments.

Kicking off this record is the title track, “Black Frost”, and it begins with thundering drums and clean vocals. Of course, it doesn’t take long for the intensity to ramp up with death growls and the rest of the instrumentation becoming similarly aggressive. What I liked about this approach, however, is that this structure avoids the now-cliche intro track and lets the song itself be presented as a dynamic piece of music. The vocal approaches vary a good deal on this track, with some gang vocals, whispered growls, and the cleans. It’s a great song that never feels as long as its seven minutes. The closing guitar solo is tasteful and, overall, it’s a fantastic start to the album.

Given the genres from which Nailed To Obscurity cull their approach, it’s somewhat expected that the tempo of the songs will be on the slower side. However, the doom metal aspects are never fully in the driver’s seat, at least in this aspect. The melodic sensibilities and the purer death metal sounds aid in giving the songs ample variety and dynamics to make the record a generally easy listen. Another aspect to celebrate about this record is the production. It’s a little low-end heavy, but given the gothic overtones and the doomy atmosphere, this makes perfect sense. The guitars sound great and the vocals never settle too far below the rest of the mix. It’s crisp with just the right amount of polish.

As the tracklist continues, “Tears Of The Eyeless” picks up the energy a bit and adds more vocal dynamics with the introduction of harmonies. The more upbeat song helps with the overall pacing of the album and is a placed perfectly to help keep the flow feeling active and purposeful. “The Aberrant Host” follows and doubles down on the atmospheric and gothic elements, while “Feardom” is a bitter affair in which the vocals take on a new level of vitriol. One of the most memorable tracks for me is the Katatonia-esque “Resonance”. The modality of the vocal harmonies and expansive solos, along with the chugging riffs, combine to create a tasty composition.

It’s not hard to tell that I like this record. Personally, it checks all the boxes that I need to enjoy a release like this. The production is great; the songs, while somewhat similar in structure, are dynamic and have some great moments; and the vocals are spot on within each song. The length of the record borders on too long, but I think it finds a good balance of value and economy. Black Frost sees a veteran act make some of their best music to date, which is saying something as Nailed To Obscurity have put out some quality releases. If death and doom are a pairing that you enjoy, I gladly point you to this album.