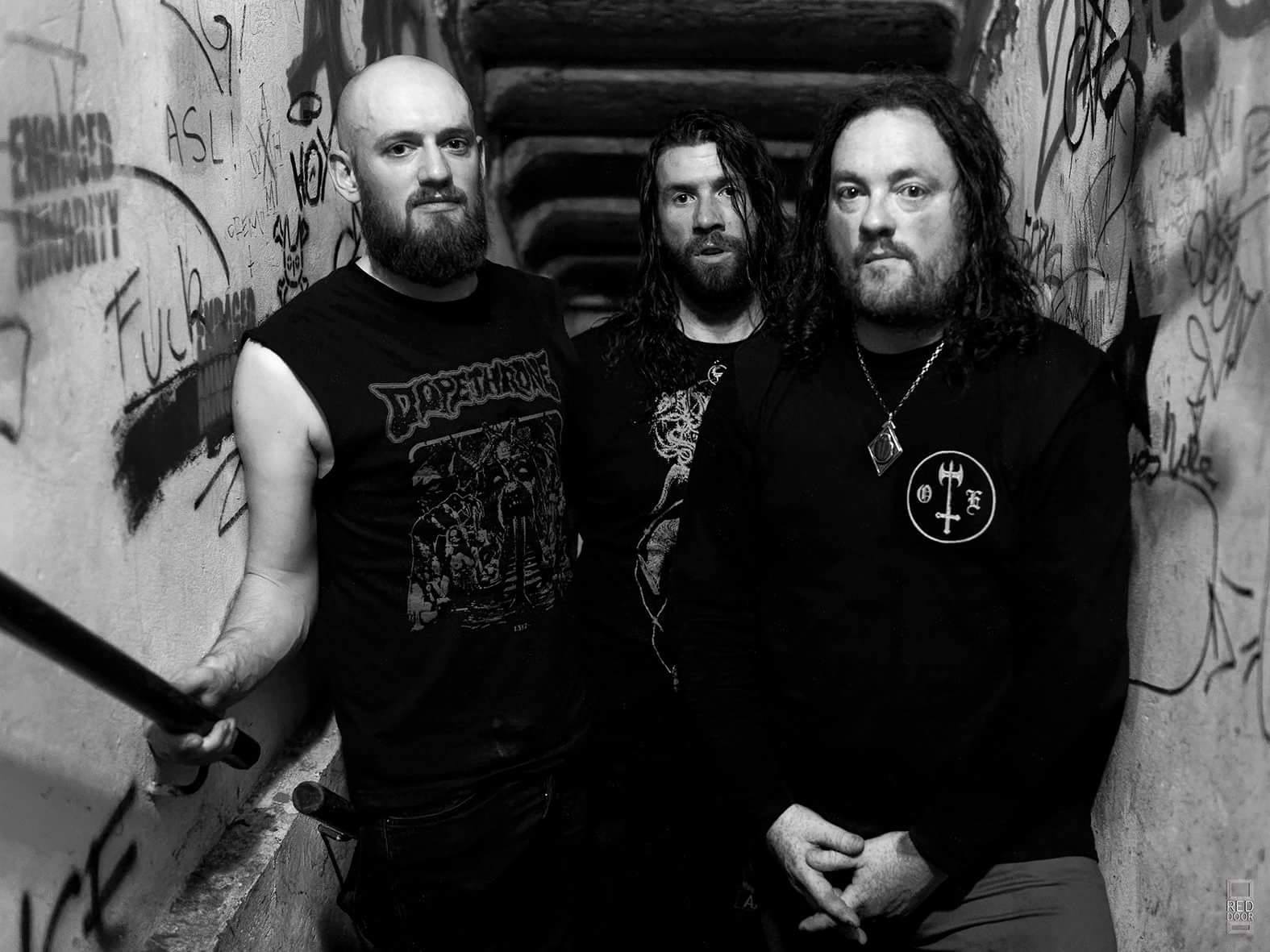 Last February, Conan announced that a new album was in the works and, nope, it’s still not here. Existential Void Guardian comes out in September and we all just gotta deal with that. But in the meantime, here’s a brand new track to keep us going. At least now we get a certain idea of the general pace we can expect from the next album. 2016’s Revengeance quickened the tempo of Conan‘s traditional style but didn’t compromise on heaviness. Neither, you should be pleased to know, does this new song.

In this continuation of the sped-up Conan saga, well…sped up by their standards at least, “Vexxagon” could be said to almost sound sludgy, and the song has a nice shift in momentum halfway in. There is some intensive and nicely crafted songwriting in this track, and it’s reassuring how these once underground battle-doomsters turned major-players have maintained a sense of exuberance in their later work… Plus those drums at the end!

But the highlight for me is definitely the vocals. John Paul Davis, has always possessed a showstopping vocal display. But there is something particularly refined and energetic about his most recent operatically guttural outbursts.

Existential Void Guardian will be released September 14. Conan have an extensive and largely hypnotic wealth of unique doom metal, available to hear on the band’s Spotify and Bandcamp pages. For all the latest merch and tour news, visit their official website and official Facebook page.