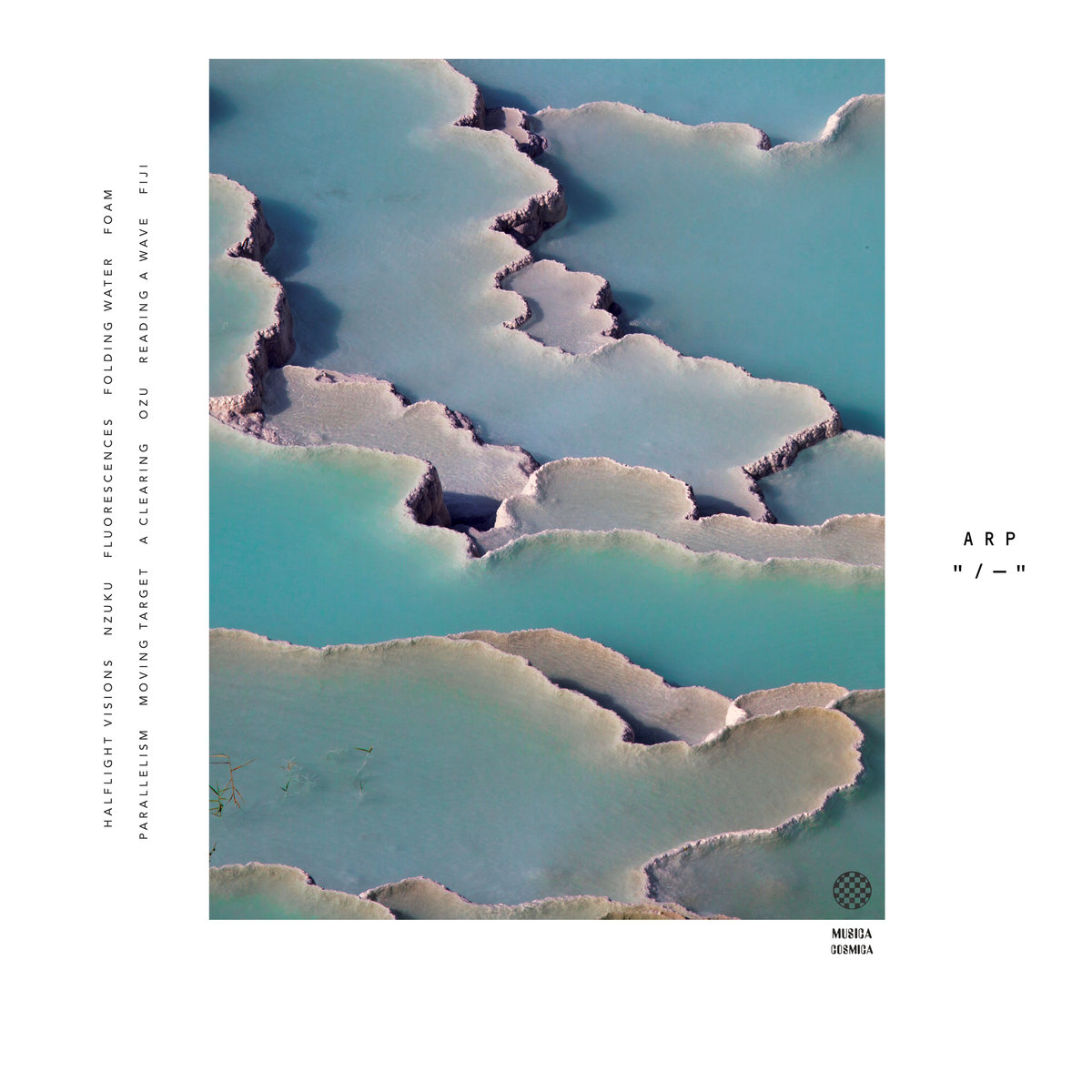 ARP’s Zebra is an experimental melange of textures that suit study sessions, but also offers arrangements that are intriguing to an active listener.

In a musical community often pre-occupied by subgenres and labels, ARP’s Zebra, like the animal it is named for, seems to challenge its observers in the act of properly describing it. And yet, here I am, trying to do it anyways. ARP is the alias of prolific New York artist/producer/DJ Alexis Georgopoulos. Zebra is his most recent solo record, released on June 22 through Mexican Summer.

Because of the cohesive flow of Zebra, describing it is like trying to differentiate the drops of water in a river – they’re all going somewhere and look beautiful doing it. Nonetheless, the stream starts with “Halflight Visions”. This opening track is an excellent summary of what is to come, showcasing Georgopoulos’ penchant for unique instrument pairings and meditative atmospheres. As for the former concept, we hear upright bass, various synths, acoustic guitar and some kind of xylophone mixed into a surprising but sweet sonic cocktail. ARP’s sense for making disparate timbres work is part of what makes Zebra a compelling listen, even when it is consistently low-key.

Where we aren’t introduced to percussion on Zebra’s first track, ARP commands electronic and acoustic instruments to provide momentum to a number of arrangements on the album. In fact, “Folding Water” is built on a tom-heavy rhythmic pattern, again subverting the record’s primarily electronic/ambient approach. This disruption of expectations carries into the jazzy meanderings of the album’s longest and penultimate track, “Reading A Wave”. At nearly nine minutes, this song is built on traditional jazz aesthetics, but incorporates uniquely spacey synths and sound design.

“Fiji” ends Zebra with surprisingly subtle 80s synths and wet slaps of percussion. Cheesy delayed sound effects rocket across the stereo spectrum like some kind of bizarrely textured retro-inspired film score. Maybe that sounds like a criticism, but it isn’t. In fact, that this approach works at all again demonstrates ARP’s ability to make odd sounds and production effective. And perhaps this is why “Fiji” ends the album – it demonstrates exactly what makes Zebra an unconventional yet enjoyably restful listen.

Again like its namesake, Zebra takes a plethora of seemingly opposed elements and melds them into a united artistic statement. What is that statement? It’s difficult for me to say – while I certainly enjoy the ambitiousness of ARP’s arrangements, the soft, warm quality of the record seems more well-suited for meditation than a deep reading of the music’s movements. It’s not for me to fault that; it’s very possible that ARP set out to show just how many directions he could pull restful music without it becoming tense or uncomfortable. And, if that’s the case, he certainly exceeds expectations.