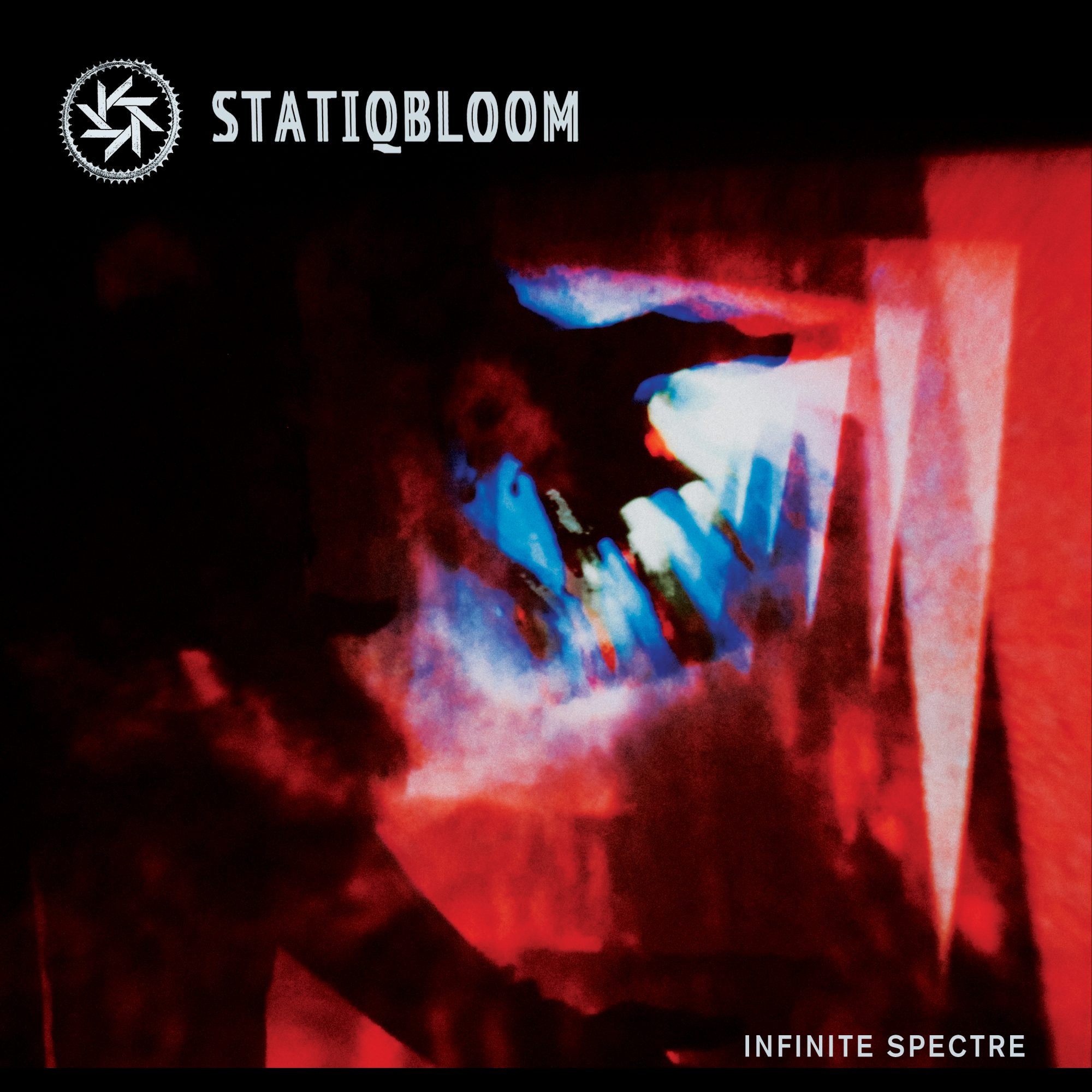 Statiqbloom hearken back to the scary origins of post-industrial with Infinite Spectre, an intense effective EP so authentic in its homage, that one could swear blind it was made in 1988.

Electronic music, in this day and age, is as broad a term as any. It covers a near-infinite range of tempos, emotions and ideals. Given the vastness of what keyboards and programming can produce, I’d say it’s fair to deduce that we all like and dislike electronic music in equal measures, depending on what avenue it takes us down. In this case, it’s an especially dark avenue, with foreboding 30 year old musings scratched on the walls, and speckled with the occasional suspicious tint of red.

Welcome to the whole-heatedly scary world of Statiqbloom, whose brand new EP draws deep from the depths of dark late 80s synth, and pulls out an entanglement of hellacious industrial grit with it. By that, I mean it sounds really like a Skinny Puppy album. To a guy like me, that is excellent news.

And that really is it in a nutshell. You are either really going to love this record, or you are going sneer in disapproval and steer well clear. I stand firmly in the former, because I have a soft spot for brooding synth at the best of times, especially when this much cliche-free menace is applied. In my opinion, someone has do it. Someone has to herald the resurgence of the pounding down-beat percussive horror-movie industrial that bands like Skinny Puppy, Frontline Assembly and their many other peers honed so diligently before Trent Reznor respectfully took the ball and, to his credit, added some commercial zest.

And so, after the effectively unsettling “Intro”, Statiqbloom‘s mission statement gets underway with “Thin Hidden Hand”, the kind of song Depeche Mode might have written if they were a gang of vampires. And from there on in, you’ll pretty much get the gist. “Survival II” renders this feeling ongoing, making clear that there is no incentive to deviate from the post-industrial gospel. Those harshly spoken lyrics, equally inspired by the rasps of Nivek Ogre, are another element worth noting. They make a loyal contribution to the nightmarish setting that is admirable whichever way you regard them, if nothing else for the varied pitch and tone across each song.

And everything we hear in the first half of the EP is magnified in “Vampire”, with a drum track so bassy it will rattle your eyeballs. From my perspective, the fact that the EP consistently maintains that same groovy tempo makes it that much more refreshing. The last onslaught comes in the form of “Ersatz Gaze”, with some more clearly articulated lyrics that make the song a little more of an anthem piece.

Infinite Spectre is a swift hellish pelt which is so loyal to the post-industrial music of yesteryear that you may have a hard time believing it was made this side of the millennium. But for an outfit to create something so pure in its nature is a feat not to be underestimated. Believe it or not, there are people out there who crave that fix of pounding synth from the underworld and Statiqbloom are clearly extremely proud to fly that, albeit obscure, flag. For that they have my sincere gratitude. They also have a back catalog of at least two earlier albums, so it’s time for me and others who haven’t had the pleasure to do some digging.