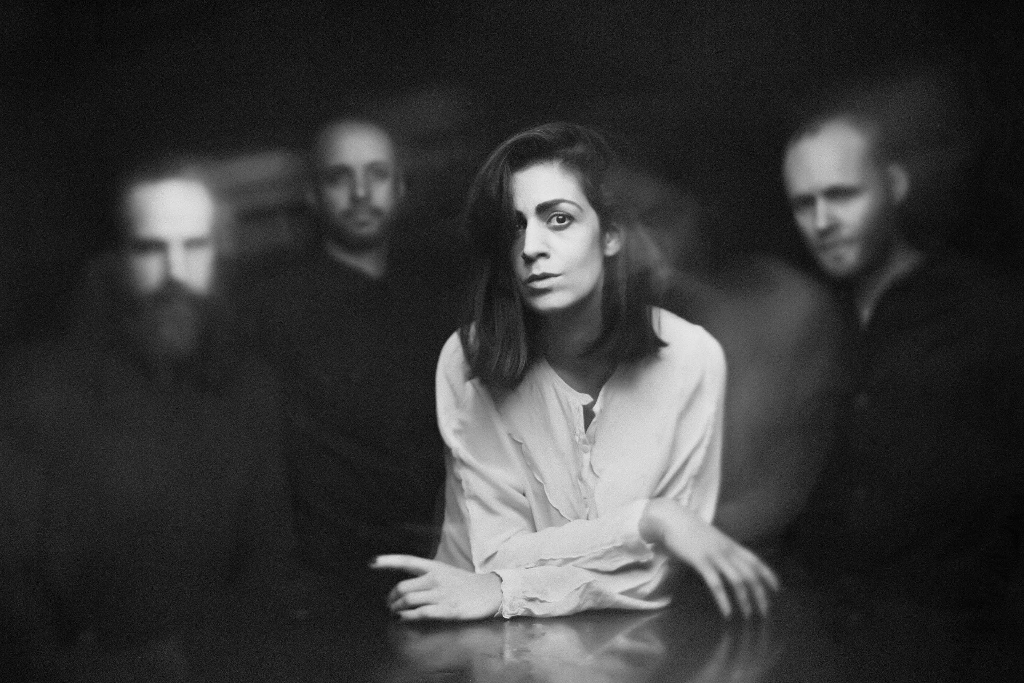 The Dillinger Escape Plan, Extol, and Sea + Air seemingly have something in common. No, I’m not crazy. Yes, I know they play vastly different styles of music. They apparently thought that these styles and influences would go together perfectly, as members of the three acts formed the new experimental metal supergroup Azusa. With this fantastic announcement also comes a second one: they will release their first record called Heavy Yoke on November 16th, and you can get a taste of this record already!

“Interstellar Islands” is the name of said song, and I couldn’t be more excited to present it to you. The first few seconds play out like a John Frum track, with heavy technical guitars firing dissonances and bittersweet harmonies all over the place while the drum could fit right into a tech-death track. This only lasts about ten seconds, before we shift into a clean, almost indie-esque atmosphere and the wonderful, mellow vocals of Eleni Zafiriadou set in. Even when Azusa shift over into more light territory, there is always an underlying sense of shifting rhythms and chaos about their music. Soon enough we find ourselves in midst of the madness again, blast beats, galloping rhythms, and sharp licks rushing into our ears. The only difference here is that Zafiriadou’s harsh vocals kick in, giving the track a massive boost of aggression. From those harsh vocals, we see her go into what can be described as a half-sung monologue.

Now we may have covered the different elements in the song but what makes them interesting is how the shift around in the track and how the vocals interact with the different instrumental backdrops.

Are you excited for this massive new project? Tell us in the comments! Make sure to follow Azusa on Facebook if you like what you heard.