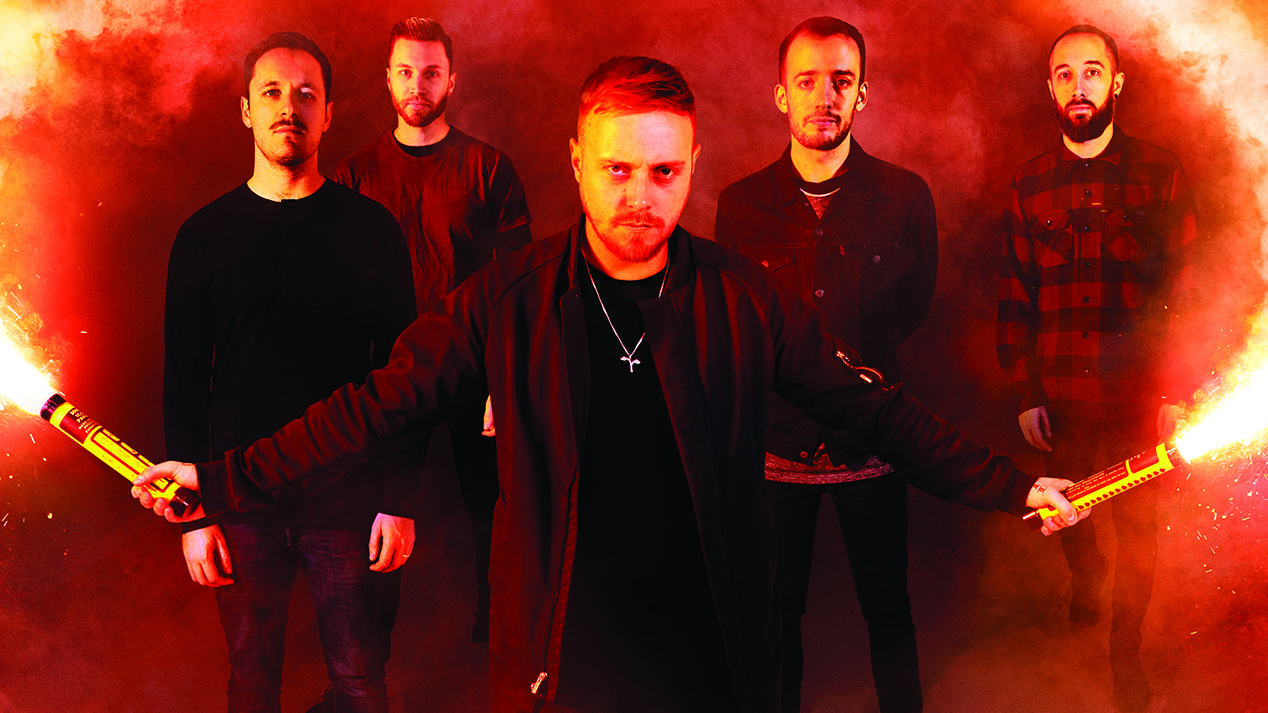 Ah, spring! The melting of the ice and snow, the longer days, the freedom from stuffy bulky coats; and the privilege of savage slamming to some fine, fine, oh so fine metalcore! Architects wasted little time after releasing their Holy Hell album before setting their cruelty-free sites on that restive continent between the Atlantic and the Pacific Oceans.

While Holy Hell does not represent the best work Architects can write (though to be fair, this assessment has many detractors among our readership), anyone who has seen Brighton’s Finest live knows that few bands equal their onstage prowess. For those who are not familiar, put it this way: Architects are so tight, it’s almost criminal. Even a venue with lackluster sound cannot conceal the band’s abundant professionalism. Also, they restrict the ‘metal’ in their ‘metalcore’ to sound only; meaning that onstage, Architects are actually interesting and exciting to watch.

A look at the venues (see below for dates) indicates serious confidence in the growth of Architects’s fan base since they toured North America in 2017. Most of these are second-tier venues (as in, second to arenas) often associated with very popular bands (e.g. Meshuggah, Gojira, and Lamb of God have headlined some of these venues).

Accordingly, Architects have not slacked on their selection of opening acts either. Australia’s Thy Art Is Murder will play in the second supporting position on this bill, while fellow fellow Englishmen While She Sleeps will play first. That adds up to an awful lot of riffs and breakdowns for one bill.

All dates listed below (per the band’s Facebook posting) are for Architects, Thy Art Is Murder, and While She Sleeps except for the ones marked with hyperlinks. Those are festivals with very large bills that may or may not include the aforementioned opening acts.

Tickets will be available starting Friday, January 18 at 10:00 AM (local time). Please consult local venues and listings for further details.