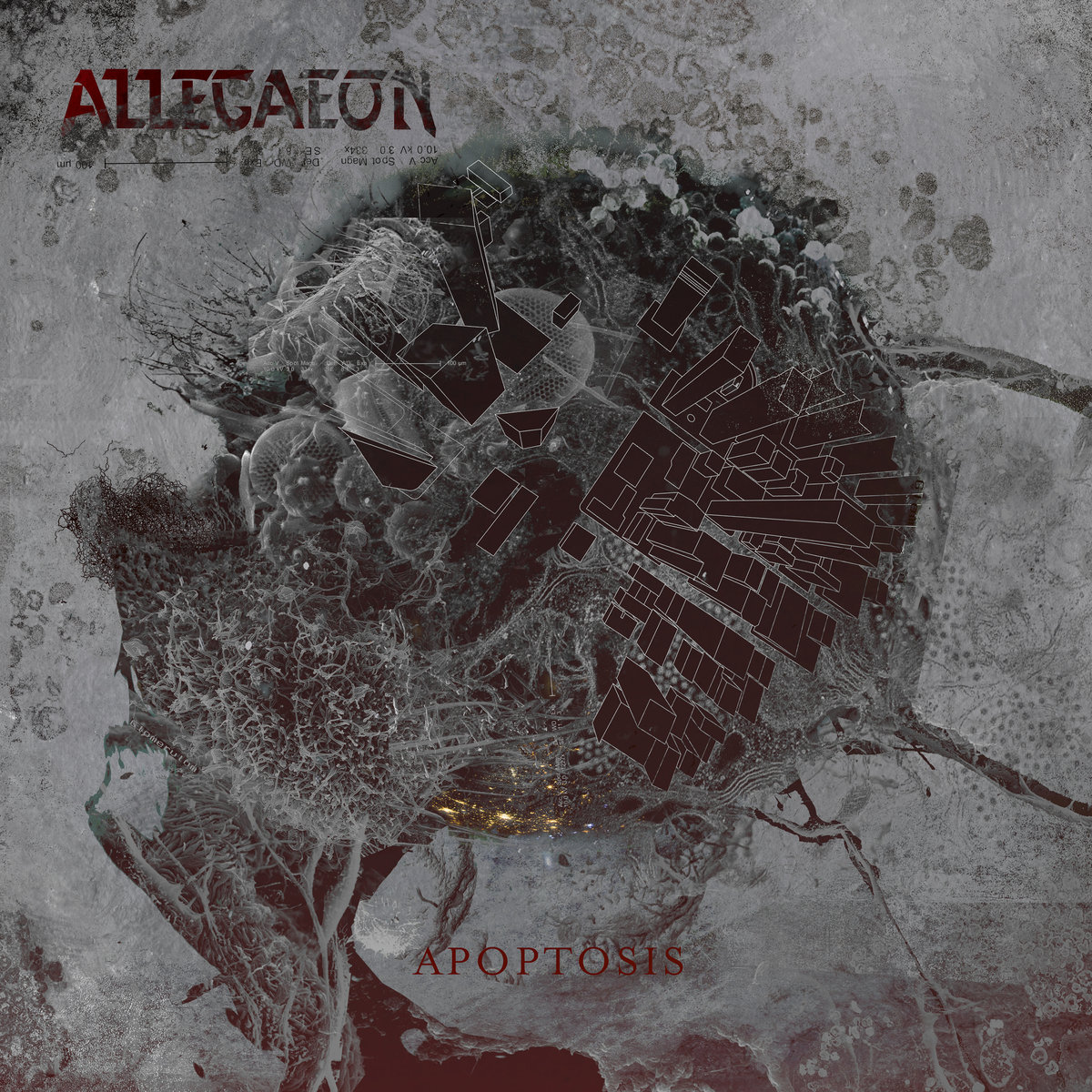 Allegaeon Get Scientific with New Album Announcement and Single

By David RodriguezFebruary 1, 2019 No Comments

Ah yeah, them Denver tech metal boys are back at it. Allegeaon have announced their next foray into scientific technical death metal with Apoptosis. The new album comes out on April 19 via Metal Blade Records. Along with that, we got a new single and music called “Stellar Tidal Disruption”.

The first thing you might notice about the video itself is that it’s pretty straightforward! This is noteworthy as the band have been known to take a very lighthearted approach with previous videos. Still, it’s a very fitting video for an epic spacebound shredder of a tech death song, also somewhat straightforward for the band. Tight and seamless progressions throughout, melodic solos straight from the edge of the Milky Way, and endless percussion to echo through the vastness of the final frontier.

As far as Apoptosis is concerned, vocalist Riley McShane comments on writing with a new bassist, Brandon Michael. ‘Musically, Brandon brings a huge new dimension. He has this wide breadth of music knowledge and stylistic proficiency that he draws from with excellent taste, and this makes a lot of the songs on Apoptosis come to life.’ Thematically speaking, McShane also gives fans a little taste of what to expect, both expected and unexpected:

‘Thematically, this record is all about contrast, and the music reflects that perfectly. The vocals are heavier than ever, but there are also more clean sections. The drums are faster than ever but also more dynamic, and the guitar playing is lower and slower than on most previous albums, but also provides long, melodic and beautiful sections throughout.’

If all goes to plan, Apoptosis sounds like it will bring Allegaeon to a new apex of technicality and diversity. We soon shall see! For now, let’s close this out with a peek at the awesomely detailed cover art and tracklist for the album:

Become part of the legion by liking Allegaeon on Facebook as well as following on Twitter. You can preorder Apoptosis digitally on Bandcamp or other ways including physically through Metal Blade Records. The band have a Patreon too! And don’t forget the European tour they’re powering through soon (like, tomorrow soon) with Obscura and friends.