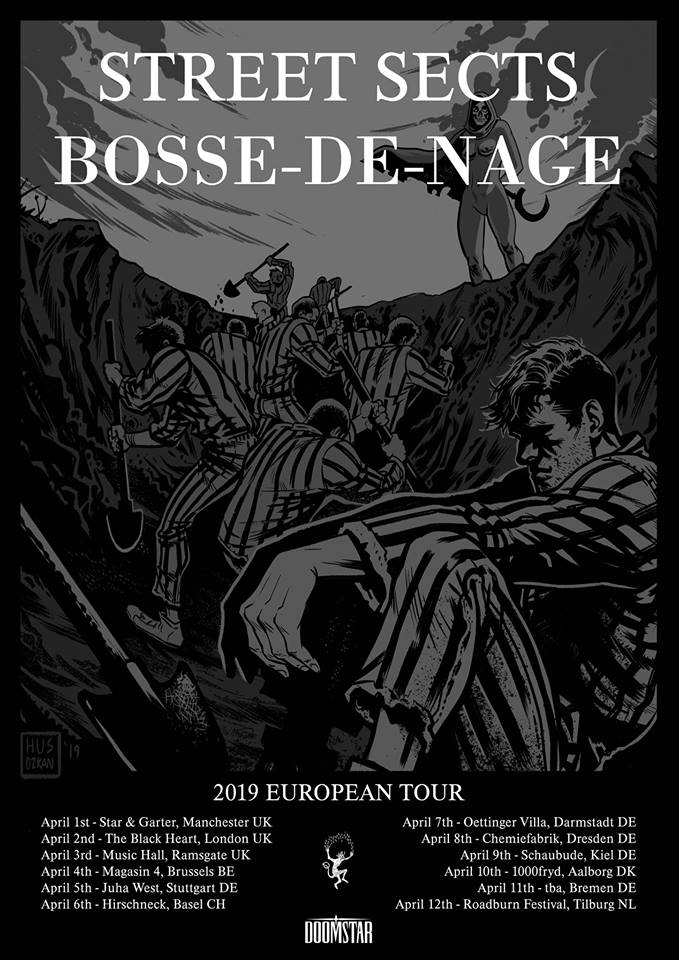 You know what they say: there’s no ‘sects’ like Street Sects, and the streets of Europe are going to get very ‘Sectual’ in April. The Austin-based industrial noise-punk prophets of negativity will tour in support of last year’s The Kicking Mule album in a 12-gig, 12-day run; proving they like to tour as intensely as they sound. San Francisco-based post-core blastbeat-mongers Bosse-de-Nage will also play. The two bands have equal-sized billing on the tour poster but it is not known if they are co-headlining or if Street Sects will play last every night.

Just in case you wondered how overwhelming Street Sects sound, listen to this:

And as if that was not enough, please keep in mind that the foregoing might come after (or maybe before — see above) Bosse-de-Nage are through with you. Witness:

Now that you’ve had a chance to recover, here are when and where the two bands will play in Europe this spring:

Consult local venues and Doomstar Bookings for ticket information (and in the case of the Bremen gig, check social media to find out the venue at a later date).