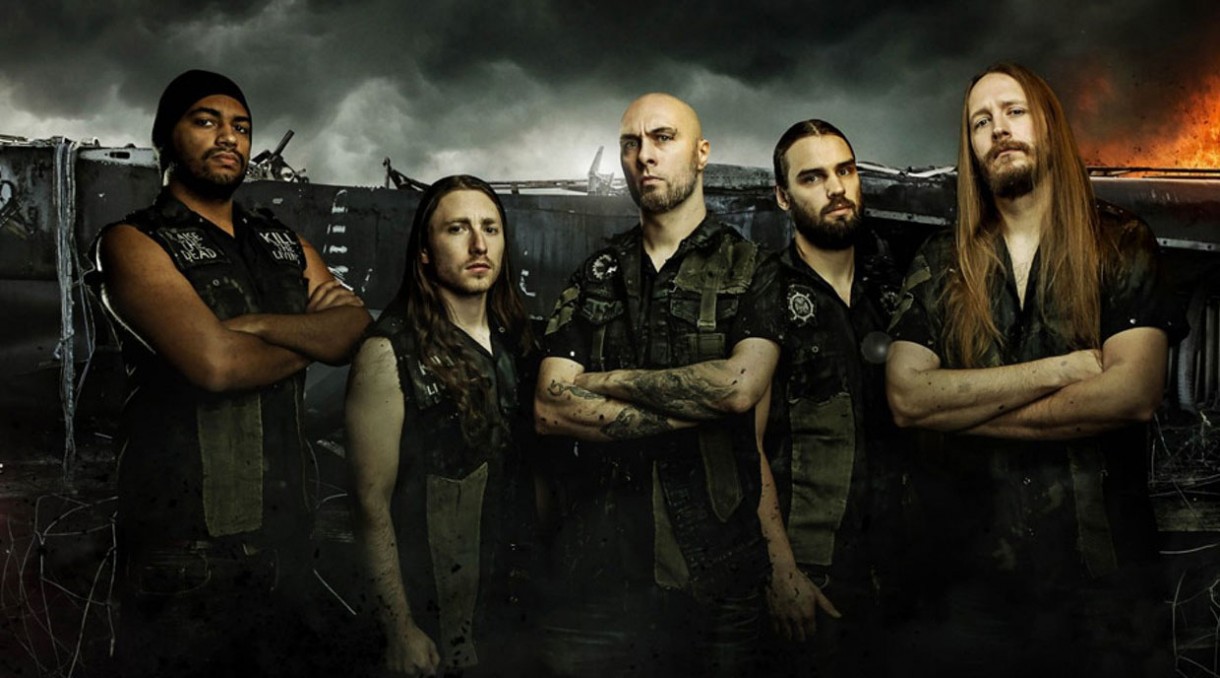 Aborted Kickstart Your Weekend with “TerrorVision”

By Rodney FuchsAugust 3, 2018 No Comments

August starts off heavy: straight after Behemoth‘s album announcement yesterday, Belgium-based death metal/grindcore legends Aborted released a new single today! As usual, they are taking it to the extreme: “TerrorVision” is an insanely fast piece of music, featuring almost four minutes of pure blast beats and heavy riffing. Said riffs remind me of the more melodic side of The Black Dahlia Murder a bit. The overall feeling of this single is slightly progressive, while the grindcore aspects of Aborted seem to fade.

‘This song is the title track of the record first off and has Seth Siro Anton from SepticFlesh as guest vocalist. Basically we chose it as a single because it has the dark, dirty vicious atmosphere the album has, it’s fast but also has hooks and a heavy part. Lyrically, it captures the whole concept of the album, which is let’s say looking at the media these days as if it were an ancient ‘evil’ entity in an 80’s horror film that is manipulating the world as puppets.‘

Seth Siro Anton, bassist and vocalist for Greek symphonic metal giants Septic Flesh, definitely adds some brutality to the sound. This is not the only guest appearance on the upcoming record, either: the band also teamed up with Grimo from Cytotoxin and Julien from Benighted for guest vocals. Furthermore, the above quote states that TerrorVision will follow a concept, which is very intriguing.

The tracklist will be as follows: